Fikayo Tomori & a stunning tackle that may cause Chelsea some regret 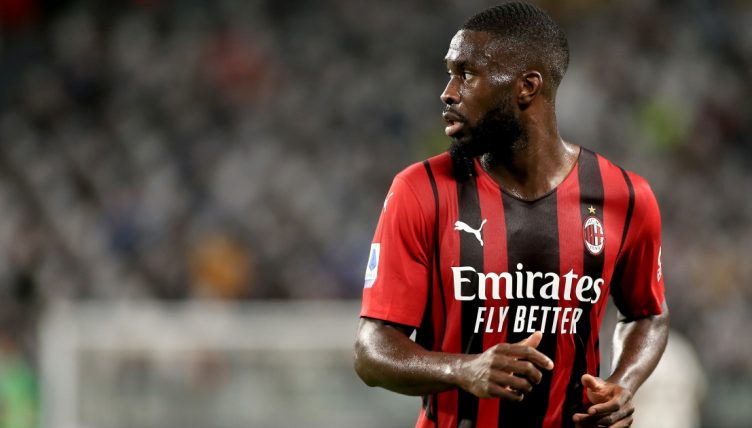 2021 has been a stellar year for English football.

There was an all-English Champions League final for the second time in three seasons, as the best Premier League clubs asserted their superiority over their continental rivals.

During the summer, England’s progress at Euro 2020 captured the imagination of millions as Gareth Southgate’s squad came within a penalty shoot-out of lifting the trophy.

And English footballers are now playing across Europe as the old stereotypes of limited battlers becomes redundant in the face of the hordes of technically proficient youngsters being produced by the country’s academies.

Which all leads us nicely to Fikayo Tomori.

Back in January, Tomori was struggling for first-team opportunities at Chelsea after failing to break into Frank Lampard’s preferred defence.

Considering Chelsea’s defensive failings under Lampard, that may be considered a grave insult for any defender worth his salt but Tomori has responded to the series of snubs in excellent fashion.

The 23-year-old joined Milan on a temporary loan deal and saw his stock rise considerably with some assured performances in Italy.

When the likes of Fabio Capello, Franco Baresi and Paolo Maldini fall over themselves to praise your displays, you must be doing something right.

Many believed Tomori had played himself into Thomas Tuchel’s plans but, days after arriving back at Chelsea, the defender was allowed to make the permanent switch to Milan for a fee of £28million.

After their move for Jules Kounde failed to materialise, Chelsea must be regretting the decision not to include a buy-back clause when negotiating Tomori’s departure – especially after his Maldini-esque intervention against Atalanta.

With Milan desperately holding onto their 3-2 lead, Tomori initially allowed Matteo Pessina to wriggle away from him on the right-hand touchline.

Pessina charged into the penalty area with the determination of Homer Simpson submitting his tax return seconds before the deadline but reckoned without Tomori’s brilliantly judged tackle to dispossess him.

It was akin to watching a bomb disposal expert go about their work – expertly timed, incredibly skilled and saving the day seconds before detonation.

They know a good defender when they see one at AC Milan… pic.twitter.com/7zd2Nwa60l

While he’s been attracting plenty of plaudits in Italy, Tomori’s form hasn’t gone unnoticed back in England. With Harry Maguire injured, Southgate has recalled the centre-back to the England squad for October’s matches against Andorra and Hungary.

Two years after making his debut in a European Championship qualifier against Kosovo, the Milan defender has the platform to showcase his improvement and force himself into the reckoning for next year’s World Cup.

It’s rare you see a tackle from a defender that is as beautiful as a well-taken goal but Tomori’s moment of pragmatic brilliance against Atalanta would have made the great Italian defenders of yesteryear stand and applaud in appreciation.

And it underlined what a stellar year the defender has enjoyed – and Chelsea fans may come to regret the decision to let him go so easily.