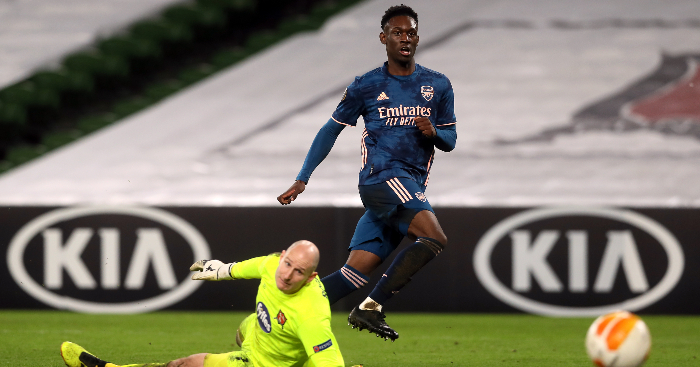 It’s been a difficult start to the season for Arsenal, but the Europa League has offered some optimism, as the likes of Folarin Balogun take their chance to impress.

Mikel Arteta’s Gunners might be languishing in uncharted territory in the Premier League – 15th, currently – but their European campaign has been unblemished with six wins from six.

Granted, results and performances against the likes of Dundalk and Rapid Vienna ought to be taken with a tablespoon of salt. There would be serious cause of concern if Arsenal weren’t winning comfortably.

But they’ve done all that could reasonably be expected of them in the competition. Six wins from six. 20 goals scored, just five conceded. The likes of Eddie Nketiah, Joe Willock and Emile Smith-Rowe have all used their opportunities to state a convincing case to feature more often.

It’s Balogun that’s doing a lot with a little, though. He’s yet to make his Premier League debut and all four of his appearances in Europe this season have come off the bench, totalling just 61 minutes. But he doesn’t need any time at all to show he’s something special.

Within five minutes of his introduction on the hour mark against Dundalk, he set up Willock for Arsenal’s third. 13 minutes after that he was on the scoresheet himself.

The strike against the League Of Ireland outfit is unlikely to be nominated for any goal of the season awards, but it’s the kind of goal Thierry Henry scored hatfuls of.

Intelligent movement into the box, receiving the ball before feathering it into the corner with minimal fuss. To paraphrase Dua Lipa, one touch is all it takes.

Squint and you can even pretend it’s 2004 and Dundalk are Leeds.

“Wouldn’t want anyone to get carried away but I suspect Folarin Balogun has *got it*,” tweeted Guardian journalist Nick Ames.

“As much as the goals, it’s something about the way he carries himself.”

Two goals and an assist have come from just 61 minutes of senior football this season. That’s a direct involvement every 20 minutes. 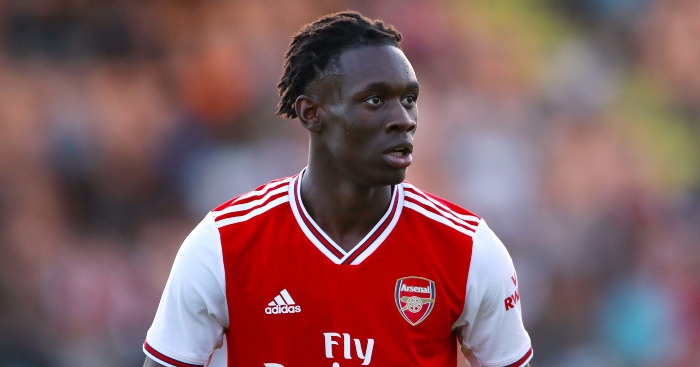 READ: ‘This young boy is fire’ – Everything you need to know about Folarin Balogun

Arteta has been reticent to call upon him in the Premier League, and as the pressure mounts will likely continue to call upon more senior, experienced strikers like Alexandre Lacazette and Nketiah, who is a couple of steps ahead of Balogun in terms of the academy to first-team pathway.

The Europa League campaign might be over until the knockouts in the Spring, but Arsenal have Man City and Newcastle coming up in the League Cup and FA Cup respectively and it would be great to see what he could do against Premier League opposition.

There are concerns over his contract, which expires at the end of the season, but his manager is confident he’ll extend his stay with his boyhood club.

“He said to me he wants to stay at the club so hopefully we can reach an agreement and extend his contract,” Arteta said post-match.

But if he’s to stay, he deserves more chances. He’s earned them.