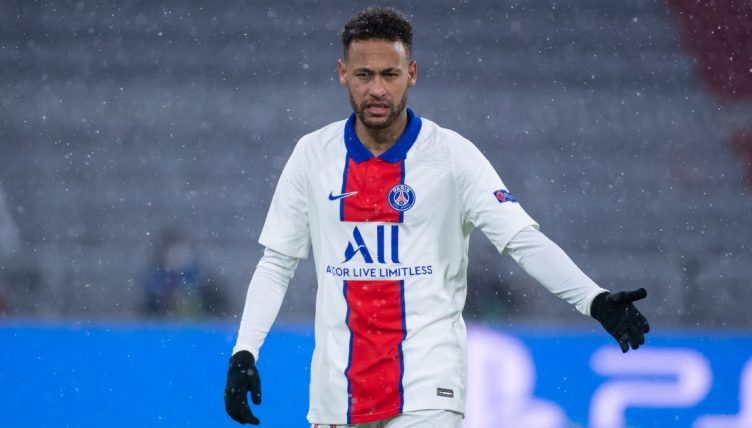 Another Neymar article? Let’s get the caveat out of the way.

For many people, Neymar represents all that is migraine-inducing about modern football; the tattoos, the entourage, the inconceivable self-regard in which he holds himself.

So what? Any elite footballer, especially one that carries the entire footballing hopes of Brazil on his slender shoulders, isn’t likely to be the most well-adjusted human being.

Besides, when he can deliver impossibly good one-touch assists during a high-quality Champions League quarter-final, it’s enough to make you forget about all the extra-curricular nonsense.

PSG travelled to Munich on Wednesday as slight underdogs. They may have dispatched of Barcelona in the previous round, but reigning champions Bayern are widely considered to be Europe’s best team – albeit one shorn of the irreplaceable Robert Lewandowski.

The watching millions were treated to a match of staggering beauty. Played in conditions so cold that the match referee could be seen sporting gloves, the two heavyweights played out the footballing equivalent of ping pong as each took turns to attack the other.

PSG grab a vital early goal away at Bayern!

Led by Neymar and Kylian Mbappe, PSG seized the early initiative. Angel di Maria released the Brazil talisman into space and he accepted the invitiation to run at a startled Bayern rearguard.

Shaping to shoot with his right foot, Neymar instead nudged a ball across to Mbappe with his left. The ball was fired through Manuel Neuer, who had been left destabilised by Neymar’s earlier feint

Two minutes in and the first blood had been drawn.

Neymar was given the freedom of Bavaria to attack his opponents throughout the first half. Bayern’s decision to play a high defensive line looked more foolish than an intrepid explorer absent-mindedly poking a crocodile.

It was no surprise that a second PSG goal was incoming, but its execution still managed to take the breath away.

After clearing a corner, the Bayern defenders charged out collectively in the hope of squeezing the available space. But great players always seem to have ample time, when in reality they only have a single second to react.

That’s why Neymar is such an impressive footballer. In games such as these, having somebody who can breathe and use the ball intelligently while under instant pressure is priceless.

So, as the advancing red line drew ever nearer, he simply dinked the ball first-time over their heads and found Marqinhos with laser-like precision.

The defender took a touch and lashed it past Neuer. It was a move that was beautiful in its simplicity and only a true genius could carry out.

PSG rode the punches and emerged with an impressive 3-2 lead to take into next week’s second-leg. For all the justified concerns about the increasing divide between Europe’s haves and have-nots, last season’s finalists produced one hell of a game.

In the same way, as a man with an angel on one shoulder and a devil on the other, it’s possible to worry about what Neymar symbolises while enjoying his immense ability as a footballer.