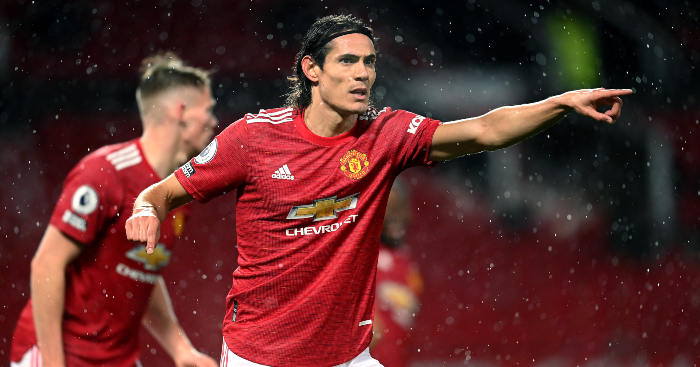 There are plenty of parallels between Edinson Cavani and Zlatan Ibrahimovic arriving at Manchester United searching for late-career flourishes in the most-watched league in the world.

Both left the French capital as free agents, well into their 30s, as PSG’s all-time record goalscorer. Cavani overtook Ibrahimovic back in 2018 and, while Neymar and Kylian Mbappe may hope to one day chase them down, they remain in first and second-place with 200 and 156 goals for the Parisiens, respectively.

Those records tally with their overall careers. Ibrahimovic has 61 goals for Sweden, more than double anyone else, while only Luis Suarez has more goals for Uruguay than Cavani.

Cavani* has 353 career club goals at the time of his move to Old Trafford, Ibra had 402 when he made the switch in 2016 (he’s since added another 90 and, at the age of 39, currently sits top of the Serie A goalscoring charts).

All that’s to hammer home the point that they are two of the most prolific goalscorers in football history. Yet, somehow, many in England have questioned their ability.

“I’ve never seen him have a good game”, “he can’t finish”, “he needs four chances to finish one” are all things you’re likely to hear in some quarters about Cavani. People said that about Ibra back in the day, too.

In a strange sort of way, it makes sense for those who haven’t watched the strikers tear up Ligue 1 or Serie A. They’ve played just two Champions League semi-final fixtures between them (both times Ibrahimovic was subbed early against Inter home and away back in 2010).

Ibrahimovic proved that was nonsense with a more-than-decent spell in Manchester – scoring 29 goals in 53 appearances – and we could well be about to see the same from Cavani.

Forget the fact he strayed a full postcode offside and look at his finish in last night’s 5-0 thrashing of RB Leipzig. He was only on the pitch for nine minutes but was immediately in the groove to nonchalantly dink the ball past Peter Gulacsi – piss-takingly so, some might argue, as the goalkeeper clearly set himself for a shot into the far corner.

Turns out a striker with over 400 goals to his name can stick the ball in the back of the net. Who knew?

*Buy Edinson Cavani and thousands of other players on Football Index. 18+, UK and Ireland customers only, begambleaware.org. T&Cs apply.