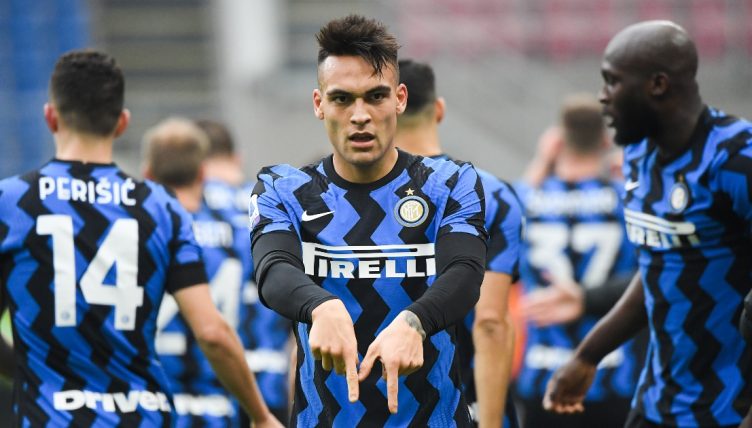 The 2020-21 season is proving to be a nightmarish parable for Barcelona, with weekly reminders of what life might be like were they a well-run football club. Just look at Lautaro Martinez‘s eye for goal at Inter Milan.

On Sunday afternoon, at the same time as Barcelona could only muster a 1-1 draw at home to Cadiz, last summer’s top transfer target was putting on a clinic in simple, efficient finishing with a two-goal haul in the biggest Milan derby in years.

Coming off the back of their humiliating 4-1 defeat to PSG, Ronald Koeman’s side were left frustrated by the deep defensive low block of relative minnows Cadiz.

It was a familiar story, straight out of the Jose Mourinho playbook, with men behind the ball, not changing their approach even after a Lionel Messi penalty gave Barcelona the lead.

And the visitors’ gameplan was vindicated by Barcelona’s inability to extend their lead, as an 89th-minute equaliser arrived via a penalty of their own, completely against the run of play.

Barcelona registered 81% possession and 20 shots to the visitors’ three, but just four on target. A lack of incision and creativity wasn’t the problem: they created 3.42xG, which in layman’s terms means they created enough chances for a hatful of goals, but they were brutally punished for their failure to take them.

Lautaro had no such problems against Milan, opening the scoring after just four minutes with a well-executed header.

Brilliant by Lukaku, who placed a perfect cross on Lautaro's head for the opening goal 🙌 pic.twitter.com/65JSH0cIma

The Argentinian scored two of Inter’s goals in their 3-0 victory, putting them four points clear of their city rivals at the top of Serie A, but it was Romelu Lukaku that dominated the post-match conversation. And justifiably so.

Following his bitter spat with former Manchester United team-mate Zlatan Ibrahimovic in last month’s Coppa Italia clash with Milan, Lukaku let his football do the talking this time, bossing the derby by doing all the work and sending in a perfectly floated cross for Lautaro’s opener before scoring a solo stunner for their third.

The reason that Lautaro didn’t dominate the headlines was because he didn’t do anything especially flashy. He didn’t take the game by the scruff of the neck like his strike partner. Both of his goals were from close range with one-touch finishes.

But his unerring ability to find space, and to finish with minimal fuss, is priceless. And he’s doing it with increasingly regularity, with seven goals in nine Serie A appearances since the turn of the year. 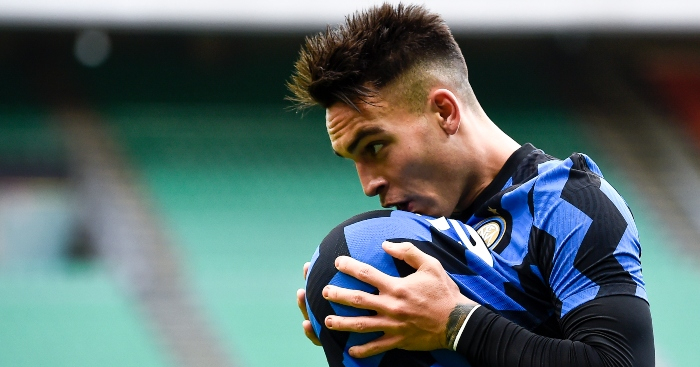 READ: Lautaro Martinez’s perfect hat-trick is a sign that 2021 could belong to him

Kicking off 2021 with a perfect – left-foot, right-foot, header – hat-trick in a 6-2 thrashing of Crotone, Lautaro showed that same killer instinct to combine with Lukaku, finishing off a counter with the all-important third goal in Inter’s 3-1 win over Serie A’s form side Lazio last weekend.

Another one-touch finish in the six-yard box, it’s no coincidence that this keeps happening. As Ruud Van Nistelrooy would attest, there’s an art to being in the right place at the right time.

Over at the Camp Nou, Barcelona can only look wistfully at Inter for gut-wrenching reminders of exactly what they’re missing.

Ousmane Dembele, Antoine Griezmann and Lionel Messi – the front three against Cadiz – are all brilliant forwards, to varying degrees, but none of them are poachers.

Following Luis Suarez’s departure to Atletico Madrid, the closest thing Barcelona have to a proper centre-forward and a focal point that brings clarity to their attack, is Martin Braithwaite.

Suarez has provided more assists (54) for Messi than any other player, while Messi set up 39 of Suarez’s 198 Barcelona goals. The Uruguay international, inevitably, now ties his former team-mate at the top of the La Liga scoring charts.

Braithwaite is a better player than the punchline he’s become, but the fact remains a player that scored eight goals in 36 Championship appearances for Middlesbrough isn’t the man to fill that void.

Lautaro’s intelligent movement, his poacher’s instinct and his dead-eyed finishing ability would have made him the ideal candidate.

Handanovic had to weather a Milan storm to start the half, but now Conte's side are well and truly in the driver's seat 🔥 pic.twitter.com/D0wc3pEDD5

Watching how Lautaro doubled Inter’s lead against Milan by providing the finishing touch to a wonderfully incisive counter-attack that involved nine of their players in the build-up, it’s no wonder that Barcelona have been so smitten on the 23-year-old.

But this is a superstar in the making, that looks well worth the €90million pricetag Inter reportedly price him at. Barcelona are a club that had to allow Suarez, Ivan Rakitic and Arturo Vidal leave for peanuts to alleviate the wage bill.

In that context, they were delusional to think they could somehow afford one of the best young forwards in Europe.

When you see how well Inter’s No.10 has combined with Lukaku this season, just imagine how he might have connected with his compatriot Messi, who broke the record for assists (21) in a single La Liga season in a lacklustre Barcelona side in 2019-20.

As a second successive trophyless season looms, with the unthinkable prospect of their greatest ever player seeing out the final months of his time in an empty Camp Nou, you get the sense that Barcelona have many more ‘What might have been?’ questions in the years to come.