Franck Ribery may be 38, but four Napoli men still couldn’t tackle him 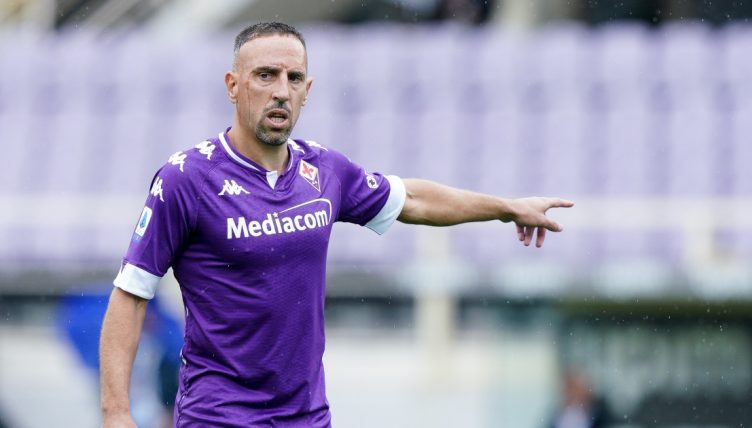 ‘Rolling back the years’ is one of those curious phrases that should only be used in a sporting context.

You never hear of an office worker ‘rolling back the years’ by submitting an especially good spreadsheet or a veteran plumber earning praise for fixing your leaky pipes.

Discussing the evergreen Franck Ribery is an entirely different matter.

After becoming a Bayern Munich icon during 12 trophy-laden years in Germany, Ribery moved to Fiorentina in 2019. His arrival was greeted by 10,000 fans at the club’s ground with expectations that Ribery would deliver flashes of the talent that had made him one of Europe’s most lethal attackers as a younger man.

It’s to his credit that Ribery eschewed the retirement leagues in Asia or the United States and the huge wages on offer.

Admittedly, his weekly earnings in Florence were understood to be double that of Federico Chiesa upon his arrival. But the winger’s chosen destination reveals Ribery as an elite competitor.

Even with him in the squad, Fiorentina have endured a mediocre season by their standards. The former playground of Roberto Baggio, Gabriel Batistuta and Manuel Rui Costa, La Viola have toiled in mid-table for much of the campaign.

Which is another way of saying their 2-0 home defeat against Napoli didn’t come as much of a surprise. The visitors needed to win as they attempt to secure Champions League football, finding Fiorentina especially obliging hosts.

Ribery was somewhat ineffective on the wing until he painted superglue onto his boots and transformed into one of those dribblers you see take the piss when you switch Football Manager to 3D mode.

The move was already promising before he even received the ball, courtesy of a cute backheel from midfielder Riccardo Saponara. It was elevated to another plain once Ribery received possession.

Taking a few steadying touches, he showed some astonishing footwork to wriggle through two Napoli defenders.

Like a drunk 20-something on a packed dancefloor, Giovanni Di Lorenzo brushed off the humiliation and manfully came back for more. Ribery dismissed his second bite of the cherry with a delightful shimmy.

He continued to jink to the byline as four Napoli defenders Benny Hill’d behind him. Creating just a slither of space for himself, Ribery’s fierce shot required goalkeeper Alex Meret to make a fine reaction block.

It was inches away from the goal of his storied career.

It remains to be seen whether Ribery will stay in Serie A next season. While the club are reported to be considering an extension to his contract, albeit on a reduced wage, fans are concerned that his presence is stifling the development of talented youngsters like Dusan Vlahovic and Gaetano Castrovilli.

Ribery has delivered some fond memories, but there’s a growing sentiment that Fiorentina may be better off not dragging this relationship out until the bitter end.

But, whatever the rest of his career holds, Ribery has shown he’s more than capable of rolling back the years.

Nothing can last forever, but Ribery still retains his class.