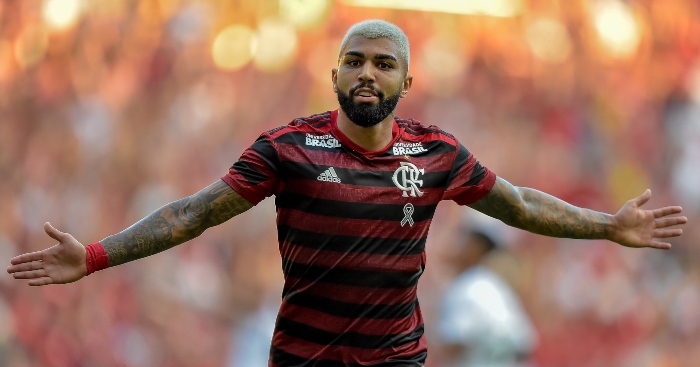 For around six months in 2016, Gabriel Barbosa was The Name in football gossip columns.

He was still a teenager at the time, scoring goals for fun at Santos and well on the way to building his ‘Gabigol’ brand. As a result, you can now search ‘Gabigol’ followed by the name of any of Europe’s superclubs and find a plethora of spurious transfer reports linking the forward to anyone and everyone.

Manchester United, Barcelona and Juventus are mentioned in the headline of one such story, Arsenal, Chelsea and Manchester City another. When he eventually joined Inter on his 20th birthday for €29.5million, it was described by Metro as a “crushing blow” to interested parties.

That a search for transfer speculation regarding Gabigol now returns results suggesting a move to West Ham, Crystal Palace or Everton speaks volumes for how his time at the San Siro has gone.

Now 23, the Brazil international is three years and three loan spells into the five-year deal he signed with Inter. A move that was designed to allow Gabigol to follow in Neymar’s footsteps – his Santos debut as a 16-year-old came in Neymar’s final appearance for the club – and establish himself as one of the most exciting footballers in Europe has so far resulted in 113 minutes in Serie A across nine substitute appearances and a solitary goal.

Some of the blame must rest on the shoulders of the player himself. Towards the end of the 2016-17 campaign, he stormed away from the bench before the end of a 3-1 victory at Lazio after it became apparent he was going to remain unused, and there have been questions about his fitness as well as his attitude.

Yet Gabigol can also point to unfortunate circumstances for his failure. After Roberto Mancini left Inter just two weeks before the start of the campaign, his replacement Frank de Boer lasted until November before being replaced by Stefano Pioli, who himself failed to see out the season as Stefano Vecchi took charge of the final three fixtures.

Stefano Pioli: "Gabigol reminds me a bit of Felipe Anderson, who had his difficulties as well when he first arrived at Lazio." pic.twitter.com/d4PPi5843K

The San Siro was hardly the ideal home for a young player trying to adapt to life in European football, but a season-long loan to Benfica the following season proved even more unproductive. He played just once in the league and the deal was terminated in January after a total of 165 first-team minutes in all competitions.

A return to Santos on loan was agreed at the same time, and Gabigol has picked up where he left off in Brazilian football. Twenty-seven goals in 53 appearances followed for Santos in 2018 as he earned the title as the division’s top scorer.

He remained out of the picture at Inter and once again returned to Brazil by joining Flamengo on loan in January 2019. He has stepped up a gear even further as his new club lead the Brasileiro, scoring 16 times in 15 league appearances.

His most recent effort was the only goal of the game as Flamengo beat his former club Santos, courtesy of an outrageous lob from a player that has clearly rediscovered the confidence he lost in Europe.

Despite Gabigol’s form, Inter reportedly remain keen on offloading the forward permanently, meaning his name is slowly starting to creep up once again in gossip columns and is likely to be one of the recurring themes come the January window.

For now he has more important matters to worry about. Flamengo are three points clear at the top of the table and will face Gremio in the semi-finals of the Copa Libertadores. The Rio outfit are aiming to win just the second Libertadores in their history, with their last triumph coming almost four decades ago when Zico inspired them to glory in 1981.

“Our fans don’t just want the Libertadores, they want the whole world!” Gabigol recently joked in an interview with Globoesporte.

For a player who not too long ago seemed to have the world at his feet, it would be fitting if Gabigol was the man to finally give Flamengo fans what they’ve always wanted.