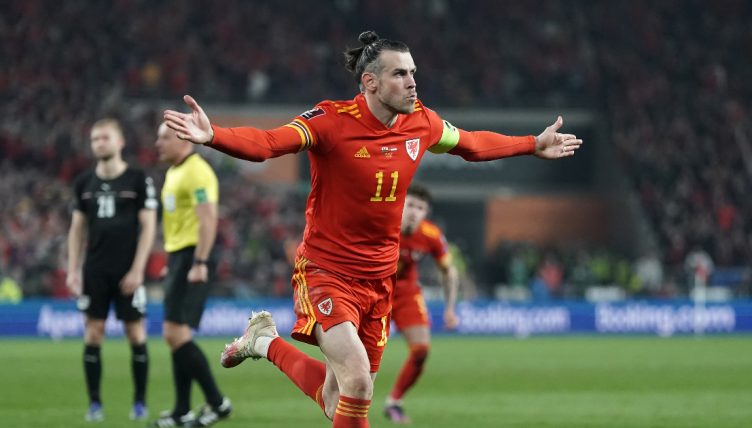 He may be getting slaughtered by everyone in Madrid, but Gareth Bale showed yet again why he is still a superstar, as he carried Wales to the brink of their first World Cup appearance in 64 years.

Wales faced Austria in the World Cup qualifying playoff round, and in one of the biggest games on Welsh soil in years, it was Bale who stepped up. Again.

After Harry Wilson was felled outside the box, Wales had a free-kick, but given the angle and distance, it would take a miracle to score from there.

The sight of Gareth Bale lining up to take a free-kick is one which has terrorised defences across Europe for over 10 years, and even at the age of 32, with just five club appearances under his belt this season, this was enough to strike fear into the Austria defence.

Thirty yards out, an unfavourable angle, a wall and a goalkeeper to beat. All of these obstacles becomes irrelevant when you have the powerhouse left foot that Bale possesses.

As he lined up, with his towering stance over the ball, it felt inevitable that the ball would hit the back of the net, and when he hit it, his left foot, which has scored hundreds of times in the past, connected so perfectly with the ball that it gained both power and precision, curling into the top corner.

This is world-class from Gareth Bale 👏 pic.twitter.com/DXHMonDMVy

The Cardiff City Stadium exploded into chaos, and Bale looked full of life as he celebrated with a dolphin-esque belly slide followed by a defiant “suck it” and kiss of the Wales badge, directed at his many critics in Madrid.

But what’s better than scoring one crucial screamer for your country? Scoring two.

Bale doubled the Welsh lead in the second half, ferociously grabbing the ball in the box, before planting a pinpoint finish into the top corner again to send the crowd into complete pandemonium.

🔥 Let’s not forget about that second Bale goal, unbelievable. pic.twitter.com/dzXrP7V1m8

It was the kind of aggressive drive forward we had become accustomed to seeing for years and shows that despite all his struggles, his natural ability to smash one top-bins still remains as good as ever.

His last few years at Real Madrid have been tough, and there was plenty of speculation that Bale had fallen out of love with football, but the scenes that followed this strike were a nice throwback to the Bale of old.

The Madrid based press have hammered the winger for a while but this escalated in recent weeks as his injury absences did not go down well with the fans, particularly as he missed their 4-0 defeat to Barcelona just days before starting for Wales.

Marca even referred to Bale as a ‘parasite’ ahead of the crunch Austria match, fuming at the amount he was earning at the Santiago Bernabeu and how little he was currently offering to the club.

There are many factors to blame for his current predicament, including Bale himself, which has seen him remarkably play more minutes for his country than his club this season, but given everything he has accomplished at Real Madrid, this seemed incredibly unfair.

“I don’t need to send a message, it’s a waste of my time, it’s disgusting, they should be ashamed of themselves,” Bale asserted after the game.

It is certain that Bale’s nine-year stint at Real Madrid will come to an end this summer, and whilst he may be the pantomime villain in the Spanish capital now, history will be kind to him, and he will be remembered more for the legendary moments he produced for club and country than for his years in the wilderness.

His fitness may not be what it was five years ago, but the very best players never lose the technique nor the inevitability which sets them apart from the rest, and Bale still has plenty more up his sleeve for his country.