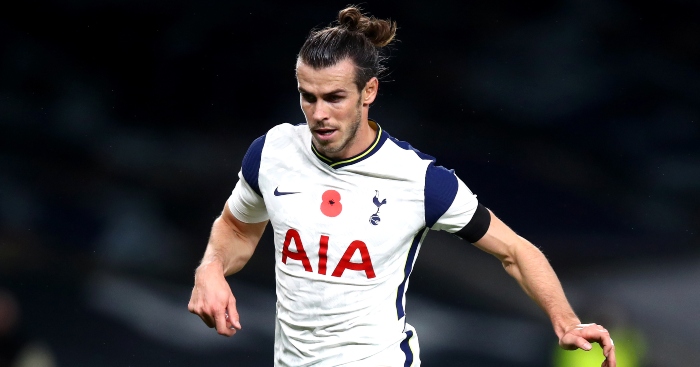 Tottenham have freed Gareth Bale from his exclusion at Real Madrid, and it looks as though this decision is going to pay dividends for them.

He had a fairly slow start to life at the Tottenham Hotspur Stadium, as he came off the bench and missed his golden opportunity before West Ham came back from 3-0 down to steal a point.

However, it can take a little bit of time to acclimatise to the unrestricted freedom when the shackles are taken off, and it seems Bale has got over that now.

Following that non-start, his first goal contribution came in a rather bizarre fashion, as he played a ball behind LASK defender Andres Andrade, who tried to clear but could only put it into the back of his own net.

There was nothing questionable about his winner against Brighton though, using his great technique to guide Sergio Reguilon’s cross past the goalkeeper.

This has clearly given the Wales international confidence, as he showed brilliant composure while being put under pressure during Spurs’ 3-1 win over Ludogorets.

It will have helped that this was a pretty comfortable game for Jose Mourinho’s side, but even so, the 31-year-old showed great awareness and technical ability to pull off this piece of skill, giving fans – and critics – a timely reminder of his ability.

To start with, it leaves the four men in green surrounding him merely watching on and admiring him, but more importantly, he finds Lucas Moura in more space than he had, allowing Spurs’ play to continue.

It is public knowledge that Bale was ostracised at Real Madrid, with it seeming as though playing golf and waiting to go off on international duty was all he could do at times.

However, he is now at a club where he was completely idolised, having played well over 100 times and lighting up White Hart Lane, giving fans moments such as his hat-tricks against West Ham and Inter Milan.

While it is unlikely that he will ever be able to reach those incredible heights, he can certainly make an impact for Spurs once again, especially with the confidence that he is gaining now he’s back in North London.

Many fans won’t have stopped loving the Welshman for what he did before, but with moments of magic like this, he can make them fall for him all over again.