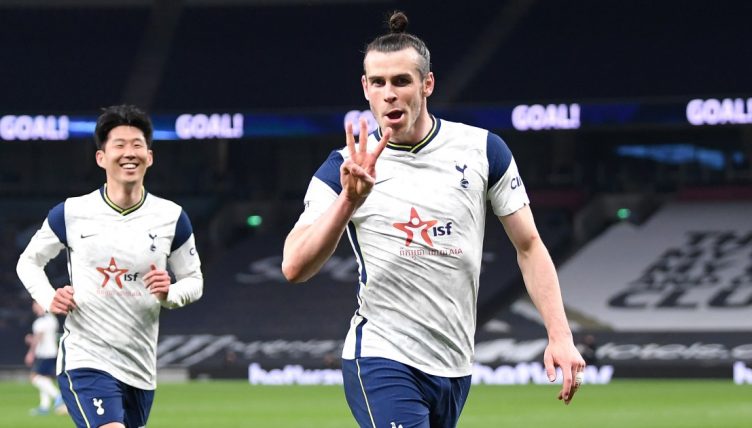 Tottenham chairman Daniel Levy has come in for a tidal wave of stick in the last couple of weeks. And let’s face it, he’s brought it upon himself.

A fortnight ago, and six days before a cup final, Levy sacked a manager that he’d brought in 18 months prior on a reported £15million-a-year contract. The day before that high-cost sacking, he’d thrown Spurs’ hat into the Super League ring without so much as asking whether the fans wanted their club – theirs, not his – to be part of it.

But let’s, just for a second, distribute a bit of credit where it’s due. Last summer, Levy recruited the last component part of Spurs’ attacking jigsaw, repatriating a club hero in Gareth Bale who appeared to fit perfectly – and pretty bloody expensively – into the Tottenham attack alongside Dele Alli, Son Heung-min and Gareth Bale. It was a starter kit ready for a progressive coach to assemble.

Unfortunately for Levy, his previous mistake – employing that £15million-a-year manager – meant he didn’t have a progressive coach.

Levy handed the jigsaw to Jose Mourinho, who, like a foul-tempered, miscreant man-child, stamped all over it and threw it in the bin, before going to burn a few ants in the garden with a magnifying glass. The pieces were all there, Mourinho just refused to put them together.

But now the miscreant man-child is gone, the jigsaw has been retrieved from the rubbish and an actual child, Ryan Mason, is figuring out how to piece it together.

On Sunday night against Sheffield United, Kane, Bale, Son and Alli all lined up on the Tottenham Hotspur Stadium turf from the start, a rare sight but a treat for Spurs fans.

And though the opposition was weak and not all of them shone, Gareth Bale took full advantage of the opportunity to let his football do the talking. Unsurprisingly, it chose to shout, ‘Oi, Jose, this is what you were missing, you numpty.’

Bale was on one from the off, pressing the Sheffield United defender, dropping deep to get involved in the link play and running beyond the backline. And after seeing his usually free-scoring mates Son and Kane both have shots saved, Bale must have come to the conclusion that it was his turn to win a game for Spurs.

Ten minutes before the break, after a full 35 minutes of Spurs pressure, Serge Aurier picked the ball up in the inside right position, spotted Bale’s clever run in behind and flighted it over the Blades’ defence. Bale let it bounce one, before gently toeing the ball up and over Aaron Ramsdale and into the far side of the net.

At that point, Mourinho’s Spurs would have dropped off, hunkered down and tried to see out the game. On Sunday, they went for the jugular instead.

Fifteen minutes after half-time a corner broke to Son and Bale sped down the middle of the pitch like a bullet train across the countryside of Kyoto prefecture.

Son found him and Bale, about 15 yards ahead of his nearest pursuer, had the time to take a touch out of his feet and rifle it into the top corner with devastating accuracy.

Less than ten minutes later, he completed his treble, sending a daisy cutter ripping into the corner from 19 yards after another Aurier pass.

It was Bale’s first hat-trick for Spurs since Aston Villa away in December 2012, and as he wheeled towards the corner flag in celebration he held three fingers to the nearest camera. Read between the lines and you could make out two digits very firmly pointed in the direction of Jose Mourinho.

“I’m feeling good,” Bale told Sky post-match. “As I’ve said before I just needed to play games and get a run of games and I’m doing that now, so I’m happy and when I’m happy I normally play well… I feel like we are taking a step in the right direction and playing more like the Tottenham way.”

Again, reading between the lines wasn’t all that hard.

On Match of the Day, Alan Shearer was suitably impressed, despite the frailty of Sheffield United’s backline. “It was the very best of Gareth Bale,” Shearer said. “It had everything, running off the ball, work rate and his finishing was lethal.”

Despite the doom and gloom that has been felt up and down Tottenham High Road in recent months, the win kept Spurs’ Champions League hopes alive. Tottenham are four points behind Chelsea, who still have Manchester City and Leicester to play in the league and the small matter of a European Cup semi-final with Real Madrid to ponder this week.

Bale could well make a return to Madrid come the summer, heading back to swing his seven iron in the sun after a season that wasn’t what it should have been in north London. If he keeps playing like this in the last few weeks of the season though, he may at least have a parting gift for Spurs.