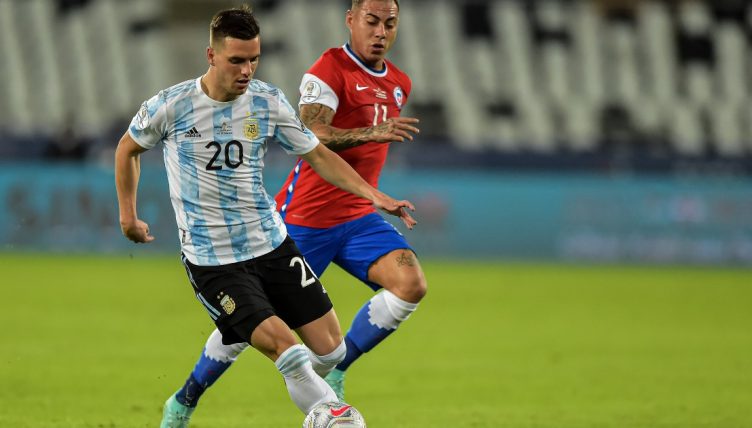 Jose Mourinho at Tottenham now feels like a surreal dream. Can we even be certain it happened? I mean, Jose Mourinho, Spurs manager? Are we sure all those Match of the Day shows and Amazon documentary episodes with him in his purple Spurs ‘pyjamas’ weren’t deep fakes?

Yet let’s assume for a second that our lockdown-addled, mobile-phone-addicted brains are not playing tricks on us. It was not a dream; Mourinho at the Lane did happen. It lasted far too long and was all wrong. Almost all of it, anyway.

The discarding of Dele, the benching of Bale, the confrontational leadership (*cough* bullying *cough*) employed to give Tanguy Ndombele a kick up the backside, the lockdown-breaking training session on Hadley Common, the demeanour, the tactics, the… well, you saw it, didn’t you? At least you think you did.

What of the positives though? Were there any? Allow us to help you. We’ve scrabbled around and dug one out.

Look back to the months before the pandemic struck in February 2020. Spurs weren’t excelling exactly, but there were some positive signs – chief among them Mourinho’s use of a skinny Argentinian midfielder who did not look like a Mourinho player at all.

Going against his long-standing urge to clog up the centre of the park with hulking six-footers, Mourinho was playing a midfield pair of Harry Winks and Giovani Lo Celso. Weirdly enough, it was working wonderfully.

“With his work, with his quality, with his personality, I think now [Lo Celso] can play everywhere,” Mourinho said in February 2020. “I am so, so happy with him.” Lo Celso was flying, quickly becoming Spurs’ main creative channel.

Then came the 2020-21 season and disaster for Lo Celso and Mourinho. The player missed 27 games through various injuries. The manager, after all the aforementioned misdemeanours, was sacked.

This month, though, Lo Celso is getting the chance to show what he can do once more – far from the Tottenham Hotspur Stadium, but doubtless at the forefront of the mind of Paulo Fonseca, the man set to become the new Spurs boss after he and Mourinho finally complete their job swap this week.

Like he was for Spurs a little over a year ago, Lo Celso is turning into the key midfielder for Argentina, giving their side bite and linking up beautifully with Lionel Messi. Finally, he is showing why Mourinho said he wouldn’t exchange Lo Celso for Bruno Fernandes, and “not just for Bruno, but for any player”.

With one through ball in Argentina’s Copa America opener against Chile in Rio de Janeiro on Monday night, Fonseca’s eyes will have lit up at one sumptuous pass in particular, the thought that this might be the player to build a team around almost certainly crossing his mind.

Though just 17 minutes had elapsed, it was the third high-quality chance that Lo Celso had created, in a half that he finished with 100% pass accuracy and 100% of his duels won.

The first was an immaculate cross. Like Alexander Isak’s earlier in the evening for Sweden against Spain, one where you wondered how he’d even seen his mate lurking at the back stick. The second was another shot laid on for Gonzalez and saved by Bravo, this one with a clever and delightfully well-timed backheel.

For the rest of the half, Lo Celso was the main source of energy and drive for the Albiceleste, tackling back, running from deep, spreading it to Nicolas Tagliafico on the left and linking telepathically with Messi.

The partnership with Messi has been developing nicely since November last year and in it, there is perhaps a little bit of hope that the Barcelona star finally has someone to help him break his international duck.

Lo Celso dropped off and was withdrawn after 67 minutes, replaced by Angel Di Maria, and Messi’s magnificent first-half free-kick was cancelled out by Eduardo Vargas’ header on the rebound from Arturo Vidal’s saved penalty in the second half.

But this was an opening game that Messi and his mates can be pleased with – if not for the result, then certainly for the performance.

And in Lo Celso’s first-half display, new Spurs boss Paulo Fonseca will also have been given plenty of food for thought.