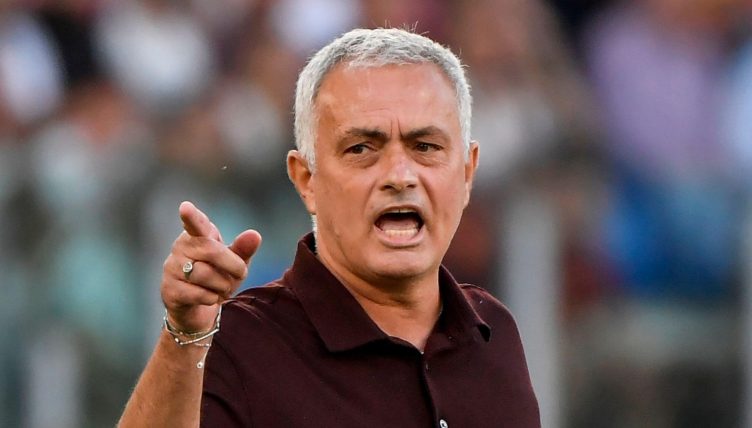 With inflamed passions, an operatic atmosphere and a mid-plot act of treachery to rival anything produced by William Shakespeare, Rome’s Stadio Olimpico on a sultry September evening was the perfect setting for Jose Mourinho’s latest touchline meltdown.

Mourinho has spent the past year in charge of Roma, guiding the club to their first-ever European trophy last season whilst displaying the kind of belligerence that has turned this wronged son of Portugal into a household name across the globe.

And, with Roma trailing to early Serie A pacesetters Atalanta on Sunday, the 59-year-old spotted the perfect opportunity to deflect attention away from his side’s shortcomings.

Mourinho and his players felt that Nicolo Zaniolo was dragged to the ground inside the area by Atalanta’s Caleb Okoli but the on-field referee and the VAR officials did not believe the challenge warranted a penalty kick.

The Roma boss took the decision with characteristic grace. While the referee deliberated over whether Zaniolo’s tumble warranted a penalty, Mourinho lept incandescently onto the pitch and waved his hands around in the manner of a toddler wanting its mother’s attention.

Fingers were jabbed angrily. Italian oaths turned the sky an alluring shade of blue. Mourinho was held back by the outstretched arms of a killjoy official in his best suit.

The red card was as inevitable as it was glorious; despite approaching his 60th birthday, Mourinho still brims with the energy of the world’s most petulant teenager and made an auspicious exit through a curiously large gate.

Whisper it quietly, but the referee ultimately made the correct decision. But Mourinho knew exactly what he was doing by whipping the crowd into a frenzy, making himself the headline instead of Roma’s 1-0 defeat.

Meanwhile, scores of fans across Europe reached for their popcorn and failed to suppress a smile; this pantomime was classic Jose.

Jose Mourinho has been SENT OFF at the Stadio Olimpico 🟥

The Roma boss is given his marching orders after protesting against the referee's decision not to award his side a penalty. pic.twitter.com/lliYiR62t4

Mourinho had failed to simmer down by the time a microphone was thrust in his direction. “There was a very clear penalty,” he said in his post-match press conference. “I asked the referee afterwards why, and asked him to be clear with me that it was because Zaniolo did not go down.

“So therefore I have to change my advice to my players, I have to tell them don’t try to stay on your feet, don’t play the ball, be a clown the way many who dive like they’re in a swimming pool do in this league, because that is evidently how you get penalties.”

But perhaps the crux of Mourinho’s frustration lay in the knowledge that Roma had squandered a golden opportunity. With Juventus in crisis and both Milan clubs making underwhelming starts to the season, Serie A has rarely felt so open.

Atalanta’s victory in the Italian capital moved them up to second, behind Napoli on goal difference. Udinese are an eye-catching presence in third while Lazio have moved undetected – possibly under the cover of a Maurizio Sarri smoke cloud – into fourth.

Sunday’s result was even more infuriating as it came accompanied by Roma’s best performance of the season to date; their victories have been narrow and unconvincing while Mourinho’s side were slapped 4-0 by Udinese two weeks ago.

It’s likely that the Big Three of Italian football will reassert their dominance over the winter months. But, after an ambitious summer in the transfer market that included the signing of Paulo Dybala, there are increased expectations surrounding Roma this season.

Their next league match is away at Internazionale. If Mourinho manages to win that, Roma fans will start dreaming of their first Serie A title since the glory days of Gabriel Batistuta.

But, of course, he won’t be allowed to stalk the San Siro touchline on this occasion. And the spectacle will be all the poorer because of that fact.