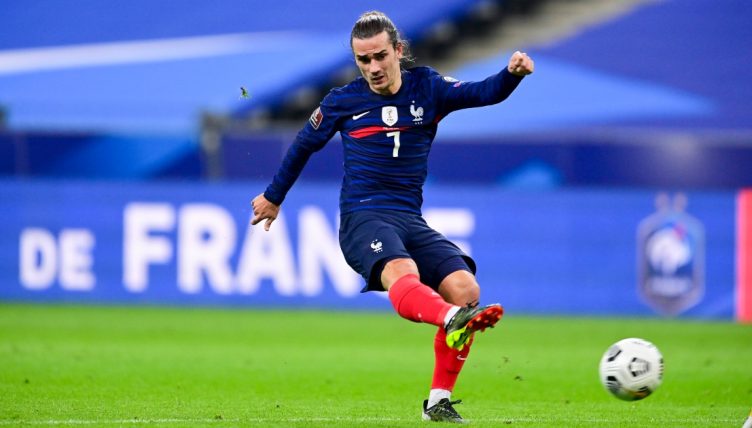 A quick look at the odds for the 2022 World Cup has France listed as second-favourites for the trophy behind Brazil.

Yet one peculiar trend of recent tournaments has been the rank failure of defending champions. Italy in 2010, Spain in 2014 and Germany in 2018 all fell at the first hurdle while defending their trophy.

France aren’t immune either. After the cathartic triumph on home soil in 1998, a side containing Patrick Vieira, Zinedine Zidane and Thierry Henry bombed out of the 2002 World Cup without scoring a goal in their three group matches.

The reasons why this keeps happening are complex. Maybe there’s a reluctance to jettison ageing players or an overwhelming feeling of complacency.

Or perhaps it’s human nature to think twice about climbing a mountain if you’ve already reached the summit once before.

That said, it would be a disgrace if this talented France team followed suit.

From Hugo Lloris in goal to Kylian Mbappe up front, France have the strongest team in international football with no obvious weak spots. Such is their squad depth that their third choice XI could probably challenge for honours.

Despite an obvious need to freshen their squad before Qatar, one unexpected dimension of this French team is the revitalisation of Antoine Griezmann.

He scored four goals as France triumphed in Russia in 2018, including three in the knockout stages. While Mbappe stole the headlines across the globe, Griezmann was instrumental in Les Bleus’ success.

But his career has stalled in the intervening years. A £107million move to Barcelona in 2019 failed to pay instant dividends and rival supporters united across social media to rubberneck at Griezmann’s struggles.

These judgements have proven premature. As Barcelona have rediscovered their form under Ronald Koeman, playing some spectacular football, Griezmann has also located his misplaced mojo.

He started 2021 in red-hot form, recording seven goals and three assists. While this may have slowed in recent weeks, these exploits have rebutted any claims that the 30-year-old is in decline.

All this is good news for France manager Didier Deschamps. He may have an embarrassment of riches at his disposal, but Griezmann remains integral to the national team and his ability and influence would be difficult to replace.

The 30-year-old demonstrated this beyond any doubt at the Stade de France on Wednesday night.

France’s qualifying campaign may have started with a frustrating 1-1 against a stubborn Ukraine, but the Euro 2016 Golden Boot winner provided the game’s one true moment of quality.

Raphael Varane pinged a long pass over the deep-lying defence, finding Benajmin Pavard. The full-back won his header but Ukraine thought they’d scrambled the ball away.

Griezmann, invigorated by his recent good form, had other ideas. Winning possession on the edge of the penalty area, the forward ambled inside without it crossing the mind of any Ukrainian to close him down.

The lack of opposition resistance allowed him to weigh up all the available options and plump for the most spectacular.

Opening his body, Griezmann unleashed a curling effort so perfect you’d be forgiven for thinking its origins lay in a laboratory rather than a footballer’s brain.

Ukraine goalkeeper Georgi Buschan stood no chance. Yes, he made a token effort to save the shot. But this proved as useless as trying to out-run a speeding Ferarri as the ball nestled in the far corner.

Despite a stuttering start to qualification, France should have more than enough to ease through to the finals.

While Ukraine are an underrated side, their other competition consists of a limited Finland side and an ageing Bosnia-Herzegovina team. Yesterday’s draw was more of a hiccup than anything else.

But Deschamps will be desperate to avoid the fate that befell Marcello Lippi, Vicente Del Bosque and Joachim Loew after reaching football’s Everest. France have the talent and the experience to become the first World Cup holders to retain the trophy since Brazil in 1962.

There’s also the small matter of this summer’s European Championship, which will see Les Bleus take on Germany and Portugal in an obscenely difficult group stage.

A revitalised Griezmann, capable of scoring the most casual long-range curlers, will be central to their hopes of adding to their world title.