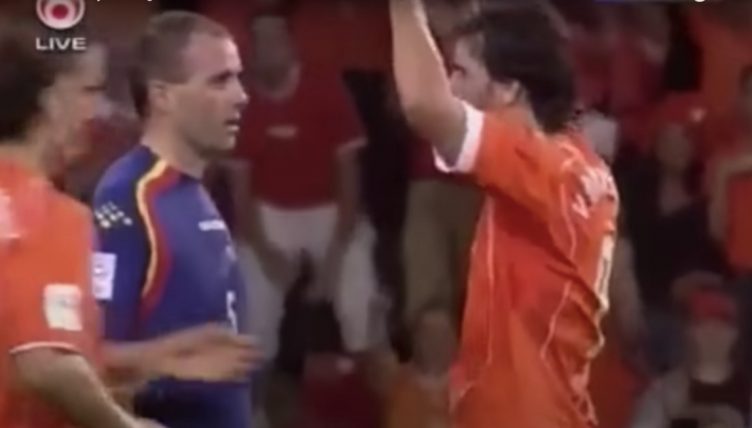 “The wise man doesn’t poke a sleeping bear with a stick,” Stephen King wrote in Wolves of the Calla.

Yassine Bounou, the Sevilla goalkeeper known as Bono, clearly isn’t a fan of King’s work, completely ignoring the author’s advice during their 2-2 draw with Borussia Dortmund on Tuesday night.

Having scored twice in the Champions League last-16 first leg, Dortmund’s Erling Haaland got the opening goal in the second leg.

Haaland had the chance to double their lead on the night but saw his spot-kick and rebound saved by Bono, who then made the brave decision to gloat in his opponents face.

But Bono was left with egg on his face when VAR intervened and ordered the penalty to be retaken as he was marginally off his goal-line.

Haaland, the obnoxious FIFA player of your nightmares turned real, made no mistake at the second time of asking and was then booked for taunting the goalkeeper with his hilarious celebration.

“I missed and Bono laughed,” Haaland said after the game. “So I shot again and he was no longer laughing. When he shouted at me after the first penalty, I thought, ‘I better score another goal,’ and that’s what happened, so great.

“That’s normal in this world. I have no idea what I yelled at him, I said the same thing he said to me. I don’t know what it meant.”

While Haaland’s goal record isn’t too shabby, it was this excellent piece of shithousery that really endeared him to all of us.

The Norway international has previously been compared to Zlatan Ibrahimovic, but his actions against Sevilla reminded us of another former Manchester United striker.

Back in 2005, Ruud van Nistelrooy stepped up to take a penalty for the Netherlands against Andorra in a World Cup qualifier but drilled his effort off the outside of the post.

Ecstatic Andorra defender Antoni Lima then rubbed salt into the wound, making a point of laughing right in his face.

Van Nistelrooy atoned for his error moments later, steering a cross into the Andorran net before seeking out Lima for some poetic revenge.

He jogged 20 yards to stand face to face with Lima and then raised his arms in triumph before being subsequently booked by the referee. It was definitely worth it.

“I didn’t even know that you could get a yellow card for that,” Van Nistelrooy said after the game.

“What was the reason, maybe intimidation? Or maybe unsportsmanlike? But if you can get a card for unsportsmanlike behaviour, I think there would have been few Andorra players on the field after a while.”

Some pundits called him petty and criticised his lack of class but Van Nistelrooy was unapologetic and clearly didn’t have any regrets.

While nobody can doubt Haaland’s footballing ability, he’s still got a way to go before he can match Van Nistelrooy’s level of shithousery.