Harry Maguire’s heaven-sent pass: The perfect ‘f*ck you’ to the boo boys 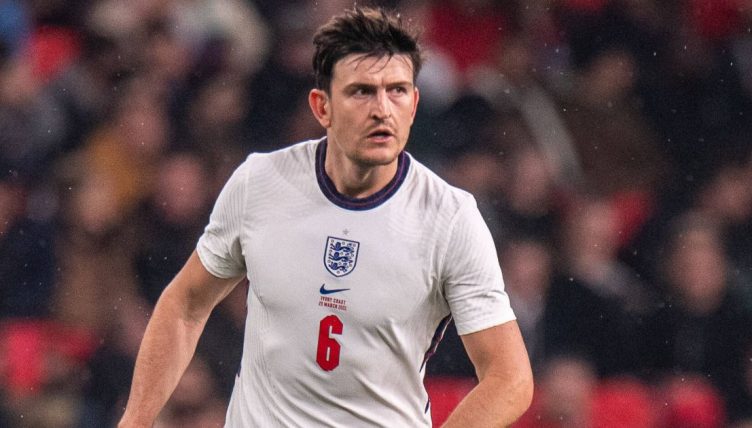 “I thought the reception was a joke. An absolute joke,” said Gareth Southgate after England’s emphatic 3-0 friendly victory over the Ivory Coast at Wembley on Tuesday night. But he wasn’t laughing.

When Manchester United captain Harry Maguire’s name had been read out by the stadium announcer before kick-off, boos rang out in northwest London. When Maguire first touched the ball in the game, the same fans jeered once again.

And if we’ve learned anything from the Southgate years, it’s that Gareth loves his boys. Maguire’s one of those boys. One of his favourites. The England manager was raging.

But he needn’t have got quite so worked up. By the end of the first half, Maguire had already provided the perfect retort, sticking up a great big metaphorical middle finger to his detractors with a pass plucked straight from football heaven.

By the time that pass came, England were already well on top.

They had dominated from the first, with Jude Bellingham at his sophisticated best, Ollie Watkins lithe and lively, and Raheem Sterling slicing Les Elephants’ defence open with the ease of a C-list celeb cutting the ribbon on a new out-of-town supermarket.

When Serge Aurier somehow managed to get himself sent off, the contest – if this friendly had indeed ever been a genuine contest – was over.

While the rest of the game might have seemed pointless to most, much-maligned Maguire had one to prove.

And moments after Aurier’s dismissal, an opportunity to do so presented itself. England were working the ball around at the back, looking for an opening. Maguire got the ball at his feet and spotted one.

With a perfectly weighted sidefoot, he sent the ball whizzing towards Watkins, placing it precisely on the Villa forward’s right big toe. Watkins produced a delightfully delicate first touch, played in Raheem Sterling and seconds later the ball was in the net.

Raheem Sterling is on FIRE 🔥

Without Maguire’s pass, though, without his vision and willingness and ability to play the more difficult ball, there would have been no second for England.

In the circumstances – after the boos at the beginning – playing a safe, sideways pass may have been tempting. Goodness knows England fans have been subjected to their fair share of over safe sideways passes from terrified-looking players through the years.

As Gary Neville wrote in the Mail back in 2011: “Too many players were frightened of what would be said or written about them, of making a mistake.”

It was just a friendly, of course, but any Maguire mistake against the Ivory Coast would still have been pounced upon by the boo brigade and meme merchants. Yet with his through-ball, Maguire gave a subtle but unmistakable demonstration that he is not one to shy away in an England shirt.

It wasn’t his first forward-thinking intervention, either. In the build-up to the first goal, assisted by Sterling and scored by Watkins, Maguire had likewise been the one to show initiative to start the move.

England had played over a dozen passes – but not got all that far – by the time Maguire got the ball with every player on the pitch bar Nick Pope and Tyrone Mings ahead of him.

Then the Manchester United man put his foot on the pedal, revved his way past three orange shirts in that inimitable, lolloping style, squared it to Bellingham and set the attack away.

A different way of initiating an attack, the same result. Ball in the net.

Maguire’s two moments – as well as being a riposte to all those who felt he shouldn’t have been included in this squad owing to his poor form for Manchester United – went some way to explaining why Southgate and Maguire’s team-mates were so furious at his treatment.

Maguire is an imperfect player. He’s slow on the turn, he’s susceptible to balls in behind, he sometimes gets discombobulated when highly skilled, speedy attackers are bearing down on him.

He’s out of form and it’s currently pretty easy to sneer at the £80million United paid for his services. Oh, and that ear-cupping, mouth-shushing celebration in the November international break was pretty ill-advised, wasn’t it?

But, like most people in most jobs, Maguire has strengths to balance out those deficiencies.

He’s brave, that much is clear. He’s strong in the air. And when it comes to forcing the ball forwards from the back, giving his team momentum and forcing the opposition to retreat, there are probably no better defenders in England.

Southgate sees Maguire’s deficiencies and compensates for them. Against strong teams, he bolsters the defence with an extra centre-half. And even when he plays a back four rather than five, he prefers Kyle Walker at right-back to Reece James or Trent Alexander-Arnold as Walker can cover that space in behind where Maguire is uncomfortable.

He also sees Maguire’s strengths and how much they’ve aided England over the past four years, how much they’ve contributed to his team’s progression. Remember the Germany game? It wasn’t that long ago.

For that, Southgate and his players will defend their man to the hilt.

And good on Harry Maguire.

It’s a fair bit harder to produce a heaven-sent pass to cut through the negativity.