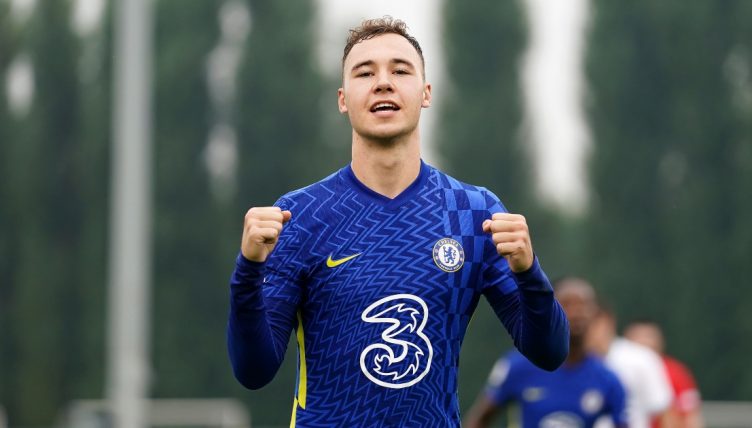 Sweden, November 2021. A trip to face Malmo in the Champions League was hardly one of the biggest fixtures of Chelsea’s season, but it was a momentous occasion in the life of Harvey Vale.

Instead of playing for the Under-19s as they beat their Malmo counterparts 5-0 in the UEFA Youth League on Tuesday afternoon, Vale was named as a substitute for the seniors as Chelsea eked out a 1-0 victory.

A week earlier, the youngster had been named on the bench for the League Cup triumph against Southampton. It’d been the first time Thomas Tuchel had included him in a matchday squad.

And the 18-year-old would make his first-team bow during the quarter-final victory at Brentford in the same competition in the dying days of 2021.

With the pathway from Cobham to the Chelsea first-team becoming increasingly established over recent years, there’s excited chatter that Vale will become the next academy product to grace the first-team squad at Stamford Bridge.

“He’s a natural baller and makes it look easy,” Tom Joyce, a sports performance coach who worked with Vale over the summer of 2021, told Goal. “He’s dedicated and a really hard worker.

“When I teach him something new, or get him to perform a drill, he won’t stop until he’s got it right. He’s determined, and I like that in an athlete. He’s got great passing accuracy and an unbelievable shot, too.”

In this instance, the word ‘unbelievable’ seems to be downplaying things a little.

Back in December 2019, Vale was involved in a routine kick-off in an Under-18s match against Swansea City. A chance to retain possession, give your team-mates a feel for the ball and gradually wear your opponents down with your superior quality.

Vale chose to discard convention and demoralise the opposition in a more direct manner. Receiving the ball straight from kick-off, the midfielder took a single touch before launching an impossibly cute lob over the Swansea goalkeeper.

Deliciously, the ball bounced just before crossing the goalline, underlining the impeccable technique behind the strike.

Vale has only gone from strength to strength since his very passable David Beckham impersonation in South Wales.

After spending the summer months bulking up, he has been able to dominate youth-team matches and has not looked out of place on the various occasions he has trained with Tuchel’s first-team squad.

And, during his debut against Brentford, Vale pulled the strings from his No.10 position and looked significantly more impressive than experienced campaigners like Ross Barkley.

Negotiations have begun to extend his current contract, which has 18 months left to run, with Chelsea keen to avoid the same mistakes that allowed promising talents Valentino Livramento and Lewis Bate to leave the club on the cheap last summer.

It’s clear that Vale is highly thought of at Stamford Bridge and, considering he was banging them from halfway as a 16-year-old, it already seems a matter of when, not if, he establishes himself in the Chelsea first-team.