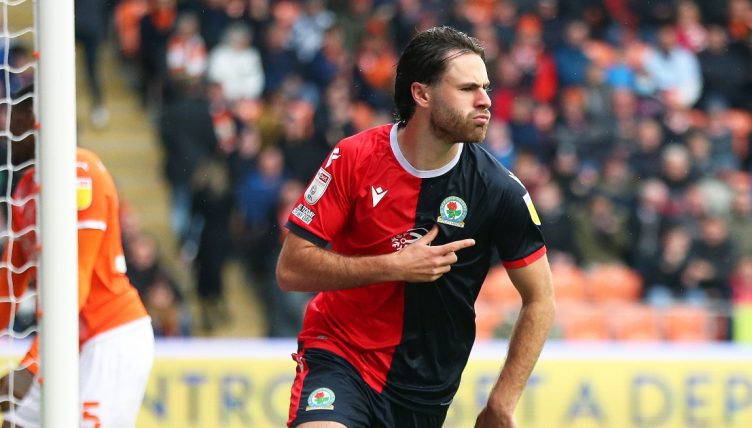 Ben Brereton and Ben Brereton Diaz are, by anyone’s definition, the same person. And yet, by leaning into his Chilean roots, the Blackburn striker has been transformed.

Before the 22-year-old was called up for the 2021 Copa America, he hadn’t hit double figures even once in his several seasons as a professional footballer.

Now, though, he has done so by mid-October. And a second international goal over the weekend kept alive an unlikely World Cup dream.

Brereton Diaz has now scored twice for his country, and both goals have been significant ones.

The first was a winner at the aforementioned Copa America, ensuring Chile made it out of their group, and the second – against Paraguay over the weekend – ensured La Roja’s World Cup prospects remain slim rather than essentially non-existent.

It was the goal of a confident player, too, as he took a touch from Mauricio Isla’s cutback and drilled the ball through visiting goalkeeper Anthony Silva as if he wasn’t there.

You score goals like this when you’re so confident in your own abilities that you know what’s happening before you even step onto the pitch. And after the last few months, it’s hard to argue against him when he goes in with such an approach.

A second in quick succession from Mauricio Isla has Santiago rocking 🇨🇱 pic.twitter.com/KtHnyWlKte

When we’ve watched Brereton Diaz in action for Blackburn this season, we’ve been greeted by a player who has the swagger of someone who sees himself as the main character.

Across 11 games this season, his shots-per-game tally has doubled year-on-year from what was already a career-high 1.8 per game last term. He has won a similar number of aerial duels, but lost far more, pointing to a forward who has less of a sense of things being impossible… even if they sometimes are.

When you’re rarely encouraged to stop, a small setback becomes an irrelevant one as you can just get back on the horse.

Take the match against Cardiff in September as an example. Brereton Diaz won none of his aerial duels in the game and had three shots which failed to find the net, but the confidence with which he put away the first goal of his hat-trick is visible from a distance.

It’s the strike of a player who can go full-blooded into a chance because he knows he won’t have to wait too long for the next one.

Is it possible to wake up one day and just decide to become the top goalscorer in the league? If you’re Ben Brereton Diaz, maybe it is.

The player himself has shared a story about a young fan wearing a Chile shirt with Brereton written on the back in masking tape, and it’s hard not to be convinced of your own importance after moments like that – especially when your own achievements are what has brought them into being.

An extra level of attention, far beyond anything you’ve received in your adult life, can sometimes force an athlete to hide away upon becoming overwhelmed by it all. Brereton Diaz, in contrast, has been able to lean into it and grow as a player and a personality because of it.

Plenty of Championship players will have a career pathway which goes something like: best player at your primary school; best in your year at secondary school; one of the best at an academy; a good player at club level. The stakes get higher in some terms, but drop in others.

The next high point tends to come with a promotion or a transfer, with form at club level preceding that kind of elevation. However, after a seven-goal season in 2020-21, Brereton Diaz found a way to skip a step or two towards notoriety.

Whether the Chilean FA pre-empted a trajectory that was already in motion, or whether the call-up accelerated his rise, the important thing is he’s taken things to a new level this season. Long may it continue.