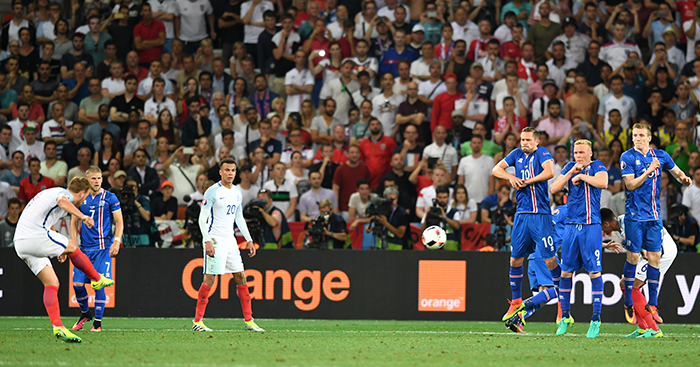 It was never part of the plan. As I sat and watched Sunderland earn a spot in a Wembley final by virtue of a 2-0 win at Bristol Rovers, I was unprepared for the joy and excitement it would bring.

But here we are. Sunderland are going to Wembley for the Checkatrade Trophy final, and it’s the happiest I’ve been supporting my club for years.

I mean, the Checkatrade Trophy, for goodness sake. EFL Trophy, if you want to give it its non-sponsored title.

It was that little competition, for little clubs. No, this definitely wasn’t part of the plan.

That said, nor had the three years prior to Sunderland’s win at the Memorial Stadium part of the plan. To understand the unexpected joy that a minor cup final has brought, you first must understand the story that preceded it.

It is actually a misconception that Sunderland have had nothing but misery for years. Yes, there was struggle, but it was always the kind of struggle that came with a happy ending.

It was Empire Strikes Back kind of struggle, where it looked grim for a long time but the fireworks with Ewoks always arrived somehow.

We were in the Premier League and spending money. The relegation battles were successful, usually with the brief exhilaration of a great escape from nowhere. We had a major cup final. We had the occasional quality player like Jermain Defoe. We had class homegrown products like Jordan Pickford and Jordan Henderson. We had total derby dominance. It wasn’t all bad.

Then we had Sam Allardyce and a night when we not only confirmed our own safety with a resounding, dominant home win but in doing so relegated our bitterest rivals.

At that moment, everything was good. We had a good team and a quality manager.

Jan Kirchhoff, who played under Pep Guardiola at Bayern Munich, told Roker Report his spell at Sunderland under Allardyce was the “happiest” of his career.

“The team spirit was massive, he said. “It was a great time. I’m not a coach, so I don’t know how Sam did it, but the group was just brilliantly put together.

“You had real leaders like John O’Shea and everyone in the team had someone they were close to. There were no assholes, it was a fantastic harmony.”

It’s one of football’s greatest secrets that Harry Kane taking set pieces was the first of a cascade of outrageous, unfathomable failures that tore Sunderland to pieces.

With England needing a goal desperately against minnows Iceland at Euro 2016, Roy Hodgson took the decision to have his best goalscorer nowhere near the goal and delivering for other players instead.

Forget the fact England lost that game, Hodgson deserved the sack for that decision alone. And sure enough, the sack came.

It was never a secret that Allardyce wanted England and, this time, England wanted Allardyce. After a protracted compensation negotiation that put the entire club on hold during a crucial summer, Allardyce left.

In fairness to the club, they acted quickly, and David Moyes, based on everything we knew about him, should have worked as an appointment.

Except Moyes arrived at Sunderland with his once fine reputation in tatters, locked in self-preservation mode.

Asked in August what he’d say to people who thought Sunderland would be fighting relegation, Moyes told the world: “Well, they would probably be right.

“That’s where they’ve been every other year for the last four years, so why would it suddenly change?

As it turned out, it did dramatically change.

Sunderland could be heading for another relegation battle, according to boss David Moyes.https://t.co/WupxLqsCQH pic.twitter.com/hkY96S5GrY

Kirchhoff continued to Roker Report: “He’d go out in the public interviews and be negative about the team and the players. He also did this inside the club.

“The atmosphere changed so drastically from positive to negative under him. The freedom we had before was gone.

“You’d go from having confidence in the team and yourself to questioning yourself and you’d become frustrated. It wasn’t enjoyable to be at the training ground.

“Not just the players, but the coaches, the physios – all of it become very negative and I believe the manager had a lot to do with that.”

The cost of relegation

Relegation from the Premier League came with a whimper, and that hurt. As did the club’s willing participation in John Terry’s ceremonial send-off at Stamford Bridge when, already relegated, Sunderland’s players downed tools in the 26th minute to allow Terry to be substituted.

“We knew it was coming and we agreed to put the ball out,” confirmed Moyes, ensuring that Sunderland’s complicit and self-inflicted inferiority complex was, fittingly, the last memory of the Scot’s reign at the club. 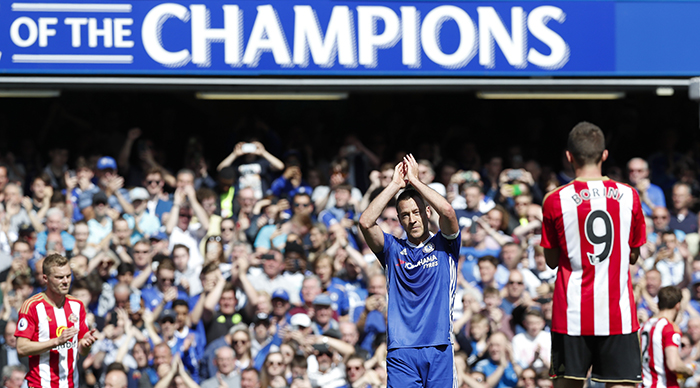 By now, owner Ellis Short had lost heart. With millions being still being spent on players who were not even at the club anymore and, worse, a player in Ricky Alvarez they never even owned, it was all Short could do to keep the club afloat.

Pickford was sold immediately, but not to reinvest in a promotion push. It wasn’t even to pay off debts. It was to pay the transfer fee instalments of players the club already owned – if they hadn’t already left.

There was no manager either, and finding one was tough. The club very publicly settled on Aberdeen’s Derek McInnes, only for him to even more publicly reject the job.

Precious little money was spent and the manager who was desperate enough to take the job on, Simon Grayson, was just not up to the task. He simply didn’t have enough force of personality to shake the club from its ruin.

Coleman impressed at times and certainly cared for the club, but the odds were too heavily stacked against him. There was one desperate scene captured by the Netflix cameras for the documentary ‘Sunderland til I Die’ in which an ‘injured’ Jack Rodwell, the highest paid player at the club, joked with team-mates, saying there was ‘no chance’ of him playing.

whichever team you support, Sunderland 'Til I Die is a heroic, heartbreaking, and essential watch. coming 14 december pic.twitter.com/burs9lYbHX

On the eve of a match at Fulham and asked specifically about Rodwell, Coleman was candid: “I don’t even know where Jack is, to be honest with you. So no, he won’t be involved.”

Relegation, a second successive one, was obvious long before it actually happened. During that season, Sunderland managed to make it a full calendar year without winning at home.

A year! Season card holders over that period, myself included, paid £400 to not see their team win, not even once.

As the season lurched depressingly to the inevitable, takeover talk started to grow. And the prospective new owners were there to watch relegated Sunderland (typically) wallop champions Wolves on the final day of the season.

There was a nice moment during the game when the outgoing veteran captain John O’Shea was replaced by 16-year-old Bali Mumba, the next great hope of Sunderland’s impressive academy, who took the armband for the remaining five minutes.

It was a sign of where the club was heading next.

As the takeover deal was completed, it emerged that Short had paid off all of the club’s debts. It was a wonderful gift of a fresh start, but that’s certainly not to say there weren’t still issues when the new owner, Stewart Donald, took over.

Some players refused to play. They actually went on strike, players who had taken millions from the club through successive relegations.

And while League One has been good to the club so far, it’s still a bitter pill to swallow for supporters. It’s just the second year Sunderland have ever spent outside the top two divisions, so it does weigh on us.

That said, Jack Ross has been an excellent managerial appointment. Promotion is a possibility and now there is a Wembley final to look forward to. Maybe not the final we’d have chosen, but a Wembley final nonetheless.

And success has largely been built on academy products and likeable, honest characters.

Being a Sunderland supporter is good again. Please don’t see us in League One and worry for us. We are doing just fine starting anew with a fresh love for the club, the kind that can only possibly flourish from deep hurt.

And if you see us enjoying ourselves at Wembley, as I promise you we will, certainly don’t laugh at us. You don’t know what we’ve been through, and we’d not wish it on you either.