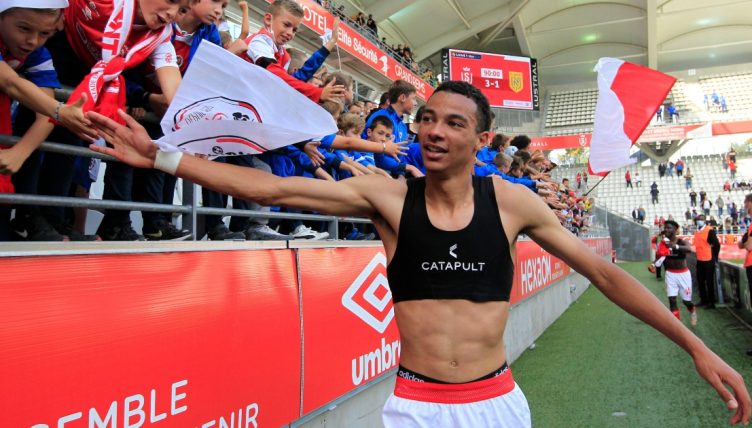 France have been blessed with some astonishing strikers in modern times such as Kylian Mbappe, Karim Benzema and Thierry Henry to name but three.

Hugo Ekitike is nowhere near their level just yet. But comparisons to the great French forwards of the past two decades aren’t incredibly far-fetched.

Ekitike has scored an impressive 10 goals in 24 Ligue 1 appearances for Reims last season, which made him the top-scoring teenager in any of Europe’s top five leagues.

This has attracted the attention of monied Premier League outfits – Chelsea made an approach back in January but it seems like Ekitike is destined for a move to the nouveau riche Newcastle United.

A £40million bid has been submitted for the youngster, spare change these days for the football club on Tyneside, and Ekitike would certainly appear to be a smart investment.

“He still needs to learn a lot, this is his first season really with the first team. He was on loan in Scandinavia for the last six months of last season, this is his breakthrough season in Ligue 1, he is still really raw.

While a friend of Ekitike told Goal: “He has the mentality of Kobe Bryant in a 19-year-old’s body. If you tell him he’s only got 10 minutes left in a game, he’s not going to hide, but take it as a challenge.”

And his footwork already resembles a tap dancer navigating a minefield. With Reims clinging onto a credible point at Lyon back in January, Ekitike ripped up the script with a cool winner for the away side.

He was first on the scene, like an enterprising police officer, as Anthony Lopes spilt a regulation shot and won the 50:50 challenge that followed.

Jason Denayer lunged into dispossess him but Ekitike sent him sliding into a different postcode with a deft shimmy. Without breaking stride, the striker swept the ball home and wheeled away in satisfaction.

It’s not been confirmed by the club doctors at Reims but it’s been whispered in eastern France that Ekitike has ice running through his veins. Such finishes do nothing to disprove the theory.

Ekitike does not hide his ambition, stating that he is out to replicate Kylian Mbappe as much as possible.

“That’s what it means to be a top-level player and that’s what I aspire to become,” he told Foot Mercato when discussing the PSG star. “Over the last few years, he is the player I watch the most, who inspires me, and not necessarily only on the pitch.”

Ekitike’s tendency to cut inside from the left and curl shots past despairing goalkeepers with his right foot have invited these comparisons.

And his winner against Lyon, which was so cool that it could have been wearing vintage clothes and smoking a roll-up, should excite fans of Newcastle United who are looking for somebody to revitalise their previously moribund attack.

The Magpies are looking to build on their impressive second half of the season and, if utilised correctly, Ekitike can become the latest talisman to bewitch the Gallowgate End.

Where are they now? Newcastle’s XI from Shearer’s last game in charge