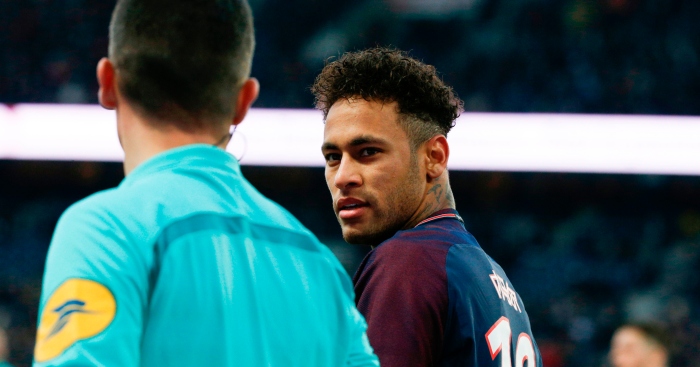 Neymar has earned himself a reputation as a divisive player, but as far as we’re concerned it’s easy to come down on his side.

The PSG man has attracted criticism for making the most of contact from opponents, but as soon as we stop looking at such moments in a vacuum it’s easier to see why

Every time we see an argument over his alleged play-acting which ignores the punishment he gets for simply going about his business, we find ourselves wondering whether the critics in question even like football.

The Brazilian found himself ruled out for weeks with a foot injury after what can only really be described as Strasbourg defenders playing an entirely different sport to him.

After Dmitri Liénard has a nibble, his team-mate Moataz Zemzemi opts to treat Neymar like a buffet for his feet. First one bite, then a second, then a third, followed by an outright refusal to back down.

Zemzemi’s challenge gives off a huge amount of Big Souness Energy; it’s the approach of a man who is going to take out everything in his path.

It’s already a game of wits, both players pushing the envelope of what they can get away with before the opponent and/or referee intervenes, and one which Neymar will refuse to surrender until it is necessarily turned into one of physicality.

This is what leads to Neymar shaking off the first few kicks and responding in the only way he knows how: by producing a rainbow flick to lift the ball over the head of the man who attempted to stop him in his tracks just seconds earlier, leaving him crumpled on the deck, maybe due to a stray elbow but maybe just due to an exaggerated sense of shame.

It is his way of saying he can’t be pushed, and to understand his reluctance to play by Strasbourg’s rules you need to go back to 2017 when Liénard said he “felt like hurting” Neymar after a clash between the two clubs.

He got his chance in January, too, responding to a bit of showboating with a foul which left nothing open to debate.

Neymar, however, may have seen the whole thing as a test. After the show of disrespect to Anthony Gonçalves, there was an element of “what, is that all you’ve got” to his reluctance to dial things back.

Back to the rainbow flick, and it’s not even like it’s the first time he has tried such a thing this season.

Towards the end of PSG’s Champions League game against Liverpool, Xherdan Shaqiri was on the receiving end, proving Neymar has two alternate versions of the move: the revenge rainbow, or the one he tries just because he feels like it.

The latter might be classed as prevenge, or at the very least getting inside the head of your opponent to the point that his decision-making becomes skewed.

This kind of showboating is like a pop-quiz for the other team, where their multiple-choice options are ‘panic’ or ‘hack the bone’. As long as they choose A more often than B, you’ll be able to benefit. 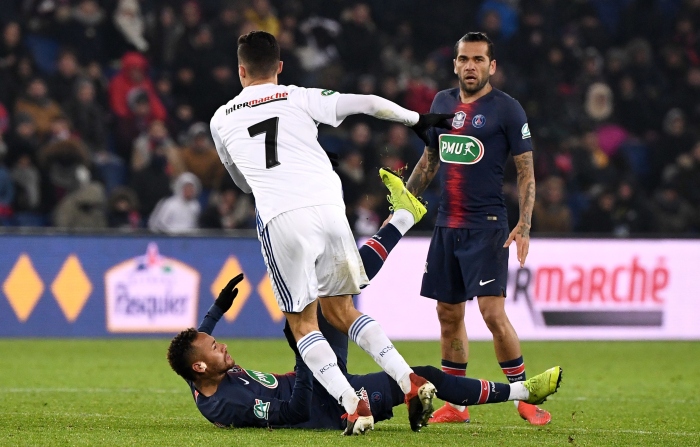 It is as if he has, by and large beaten the system. This sort of skill is enough to frustrate and even anger opposition players, to the point that it gives them the same feeling of being cheated as with a dive or a handball.

Despite this being entirely legal, illegitimacy is planted in the head of the recipient to the point that they are drawn to rashness, be it in the form of physical violence, visible panic, or a combination of the two.

If there’s the occasional pride in seeing a lesser team overturn a rival through sheer discipline and force of will, there’s also something to be said of more talented teams and individuals letting their opponents know they have a firm handle on where two opponents sit in relation to one another.

When complaints rain in about disrespect, you just need to tell yourself that’s little more than code for “We know he’s better than us, but he doesn’t need to labour the point”. Any concession on this point just feels less fun.