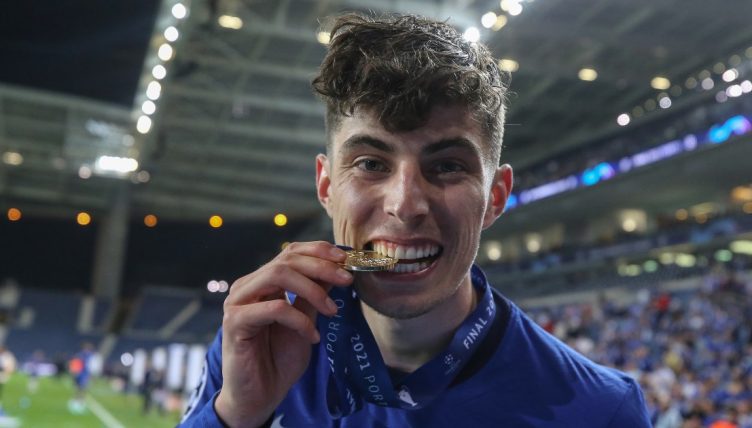 Microphone shoved under his nose and questioned about his £89million transfer fee just minutes after Chelsea had secured their second ever European Cup, Kai Havertz’s retort was unambiguous.

“I don’t give a fuck,” he said. “We’ve just won the fucking Champions League.” Really, though, he needn’t have said anything at all. Havertz’s message had been clear all night.

From the moment Antonio Mateu Lahoz blew his first whistle to the moment he brought the Champions League final to an end, at which point Havertz’s goal proved the difference between Chelsea and Manchester City, the young German’s fucks had all been given over to one thing and one thing only: winning. Burnishing his own reputation with his goal was a mere consequence.

But it was some goal. Not just a goal to win the greatest club trophy of them all but a goal to announce Havertz’s as a big player on the grand stage. He has been tipped for this for a some time, but for much of this season there were plenty who were asking whether that hype was merited.

Havertz kept going, though, like he kept running all night at the Estadio do Dragao, all furrowed brow, angry scowl and piercing glare.


He drifted across the front line, creating chances and hoping for spaces to appear. And he worked tirelessly to keep Oleksandr Zinchenko from creating two-on-ones with Raheem Sterling down the left, proving that he is a super-expensive luxury player without the airs or graces some feared he might be demonstrating earlier this season.

In the 42nd minute, Havertz got his reward for his work on the night and his bloody-minded persistence across a difficult first season in English football.

Ben Chilwell’s first-time pass found Mason Mount incredibly free just inside the Chelsea half. Mount turned and saw a bizarre picture ahead of him.

John Stones and Ilkay Gundogan had wandered into no man’s land, Timo Werner had selflessly dragged Ruben Dias across the pitch and Havertz had seen the space appearing while Mount was still receiving the ball.

It was another run into another gap and this time Mount found Havertz, sending a perfectly weighted ball through the vast, open central plain, where once roamed the last of the sabre-toothed Fernandinhos before the species was hunted to extinction by a shiny-headed bloke in an inexplicable cardigan overcoat.

Havertz, who was only lackadaisically pursued by Zinchenko, took the ball in his stride, took it around the onrushing Ederson and slipped it coolly into the back of the net. He roared – not with joy exactly, more with the catharsis of a moment that had shut more than a few critical mouths.

After the game, standing alongside Havertz in his television interview, Chelsea captain Cesar Azpilicueta screamed an impassioned defence of his young team-mate: “Now, he deserves that. Tough season, yeah, but look – mentality, top.

“This guy is going to be a superstar. He is already, he gave us the Champions League. Not only that, he ran like crazy. That’s the teamwork, that’s why he deserves this.”

Havertz’s season might not have started well. It proved difficult to settle and Lampard looked utterly confused by Havertz’s beguiling style and difficult-to-define physical attributes before Christmas, unsure where and how to fit him into the attack.

But Havertz has emerged from the Lampard confusion and is now much clearer about what is expected of him and what he can expect of his team-mates in the roaming inside forward role that Thomas Tuchel has devised for him as part of Chelsea’s 3-4-3.

The winner in the final was the first Champions League goal of Havertz’s career, and you feel it is only the start. The talent that we were promised with Havertz’s arrival needed a platform on which to reveal itself. Tuchel has given it just that and Chelsea will continue reaping the rewards for a good few years to come.

If this is what comes from a bad season, then he will be truly terrifying when he produces a good one.