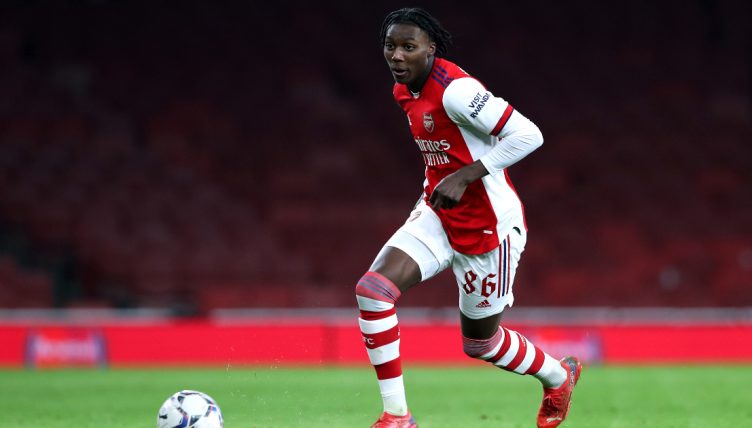 Full-backs are becoming more like midfielders with each passing day.

Nowadays, being able to defend just isn’t enough. The modern-day right-back has to have the dribbling ability of a winger and the passing ability of a No.8. Dani Alves, and now Trent Alexander-Arnold, have simply upped the standards.

Arsenal have had a mixed record when it comes to right-backs in recent years. Summer signing Takehiro Tomiyasu has earned rave reviews, to the extent that he’s one of the first names on the teamsheet, but the quality below him is shoddy at best.

Cedric Soares, Hector Bellerin and Ainsley Maitland-Niles have all played in the position in the last few years, and none have particularly impressed. With Tomiyasu forming such a crucial part of Arsenal’s new-look strong defence, a reliable backup option is a priority position to address in the summer.

There have been strong links to Djed Spence, currently on loan at Nottingham Forest from Middlesbrough after he tore the Gunners apart in the FA Cup, and the 21-year-old could prove to be an excellent attacking full-back in the future.

However, Arsenal have yet another special talent within their academy, who could very well follow Bukayo Saka and Emile Smith Rowe’s footsteps from Hale End to the first team.

Meet Brooke Norton-Cuffy. Arsenal could save themselves a lot of money by giving him a chance to shine.

Just 18 years of age, the London-born right-back joined Lincoln City in League One on loan in the January transfer window, but has already stood out as an incredible talent in his six appearances.

A physical yet quick full-back, Norton-Cuffy has taken League One by storm, remaining a rock at the back but terrorising the opposition with his rapid and skilful dribbling.

Lincoln City fans didn’t know what they were in for when taking a loanee with zero senior minutes to his name, but it turned out they’d signed the Islington Alves.

In Lincoln’s loss to Doncaster Rovers, Norton-Cuffy was a shining light in an otherwise poor performance, and if his teammates were on the same wavelength as him, the result could have been very different.

On a one-man mission to destroy Doncaster, the defender picked up the ball in his own half, and after turning four defenders inside out, squared the ball in the box only for his team-mate to blast it over.

The teenager showed his strength as well as his speed of thought, leaving the Doncaster defenders on the ground with a chop to cut inside, before holding off three at a time to pick out a pass.

The latest crop of Hale End players stand out from other prospects because of their in-game intelligence, and Norton-Cuffy fits that bill impressively.

The confidence in which he ran rings around senior defenders, and the skills he used to rip them apart were somewhat reminiscent of Nani, who would not only beat a man, but beat them in style, and the young defender seems to have that desire to embarrass defenders.

After winning the man-of-the-match award in his first senior start against Wycombe, Norton-Cuffy remained level headed but showed that he is ambitious enough to make the starting spot his own.

“I think I played well, I was pretty happy with my performance, but there was still a lot of things I thought I could have improved on,” the England Under-17 international stated.

“I started the match a bit shaky, but I feel as though I grew into the game, and I feel like for my full debut, I did quite well.”

“There are a few of us who can play right-back, but it’s just about working hard every day to impress and get that start.”

He was handed his second start against Doncaster shortly after, and having seen him stand out in both games, there’s no way he will lose his spot any time soon.

Speaking after Norton-Cuffy’s first start, Lincoln manager Michael Appleton was clearly impressed with what he had seen from his new signing.

“We’ve seen a glimpse of what he’s capable of. His attacking play is a big part of his game.”

“He was a little bit nervous initially, but it was his first league start. He came through that and got stronger and stronger.”

Norton-Cuffy is tearing League One to shreds. Should he continue his rapid rise, Arsenal may well have their own Alexander-Arnold to make Tomiyasu sweat.