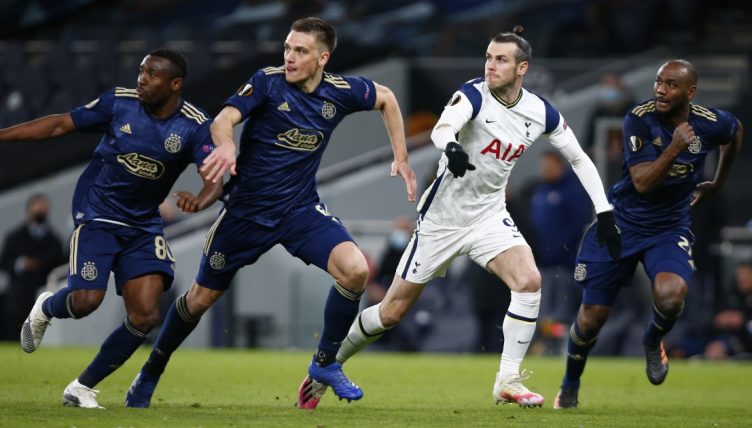 It’s a testament to Gareth Bale‘s fine form at Tottenham that Jose Mourinho is bringing him off the bench to impact games in the Europa League, keeping his powder dry for the weekend’s work.

Until the last month or so, Bale’s opportunities in Spurs’ starting XI were almost exclusively restricted to cup competitions, having made just one start in the Premier League before late January.

The Wales international had started every game of the Europa League group stage and the first leg of their round of 32 clash with Austrian side Wolfsberger. But everything has been flipped in recent weeks, and that tells you everything about his status and how he’s currently performing.

It was sad to see a player that had left the club as arguably the best player in English football, commanding a world-record fee at the time of his move to Real Madrid, return on loan from the Bernabeu – with four Champions Leagues to his name, no less – looking like a shadow of what he once was.

Rather than fulfil the dream of completing a front three with Harry Kane and Son Heung-min, instead the attacker was very much in the fringe category alongside Harry Winks, Joe Hart and Carlos Vinicius, making do with the odd start against the likes of Wycombe, Stoke or Ludogorets.

Bale has made just two brief substitute appearances against the Premier League’s ‘big six’ this season, totalling 27 minutes. Now it looks like Mourinho wants to keep him fresh and firing for a north London derby.

The saddest thing was that looked where Bale belonged, with more than a hint of truth in the told-you-soing gleefully coming from the Madrid-based press following his forgettable last year or two at the Bernabeu.

There was the odd flickering of the old flame, but they came amid a sense he was either holding back or simply no longer able to demonstrate the explosiveness in the final third that once took Europe by storm. Just ask Maicon if you had any doubt how good he once was.

Or take a look at his first two touches against Dinamo Zagreb, 38 seconds after his introduction, telegraphing ‘I’m back’ as he whipped the ball with the outside of his boot to Steven Bergwijn at the far post.

Having to beat a covering defender, and with seven Zagreb players back in their own box, Bale did brilliantly to pick out one of three white shirts.

His ingenuity and sublime technique with the outside of his boot could, and probably should, have resulted in an instant goal if Bergwijn had the speed of thought to cut back to an unmarked Lucas Moura on the edge of the six-yard box rather than strike at goal himself from such an acute angle.

Unlike in the autumn, this was no outlier, no sad reminder of the old Bale. It’s just how he’s performing in 2021, back at Tottenham at the age of 31, finally living up to hopes and dreams that once felt unmatchable.

Ever since he lit the touchpaper in one of his Europa League starts a month ago, scoring and assisting in a 4-1 rout of Wolfsberger, he’s not looked back, out of the bomb squad and into the A-Team.

After Spurs lost five in six in the Premier League, they’ve won three in a row since he returned to the starting XI, and he’s registered six goals and three assists in his last seven appearances in all competitions.

The numbers tell you Bale is back but, more importantly, so do your eyes.