Italy beware: Supercharged Sterling is on a mission to prove England wrong 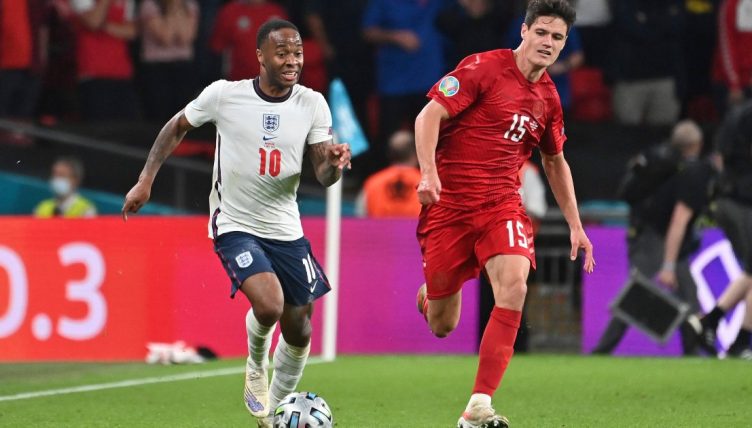 Trust, they say, is hard to build and easy to break. And for most of England‘s population, trust in Raheem Sterling had waned before the Euros.

He was coming off the back of one of the poorest seasons of his career. Pep Guardiola appeared to have lost faith and had shunted him to the outskirts of the Manchester City first team. You didn’t need to listen too hard to hear calls for Gareth Southgate to do the same.

A useful sub, they said. Bring him on in the last 20 minutes if we need a goal, they said. But look at those shiny new toys at Southgate’s disposal. Foden, Grealish, Sancho – Gareth, why resist such rich temptation?

Why? Well, we’ve got our answer now.

On a night of heroic England displays, one performance stood out above all others, one of the courage and conviction of a man who’s come too far to let his chance slip now, a man who’s had so many detractors for so long that proving them to be idiots has become routine.

Trust Sterling? Southgate’s titanium confidence in his No.10’s ability to deliver when it matters was never in doubt and for good reason, too.

While the focus will inevitably be on the penalty and the supposed dive from Sterling that led to it, there was so much more to the City player’s game at Wembley on Wednesday night, so much in his football and so much in the story behind it.

Sterling is a flawed footballer. He strikes the ball oddly. His shooting on three occasions was wayward against Denmark. His passing is not always crisp or accurate. But what he does well he does brilliantly and he does it again and again, shuffling at lightspeed through petrified defenders.

When he is in the form that he’s shown at this tournament, Sterling is utterly devastating, completely impossible to control. Though he did not get an assist or goal for his troubles on Wednesday night, England’s first semi-final victory in 55 years was one constructed with the razor-sharp mind and shuffling feet of their most effective attacker.

Within the first fifteen seconds of the game he had displayed his intentions, skipping past Pierre-Emile Hojbjerg and Thomas Delaney and drawing a foul. Seconds later, he made a beeline for the six-yard box and a cross from Harry Kane was just a foot or so from picking him out. The Danish defenders could sense they were in for a cramp-inducing, blood-twisting night.

Half an hour later came a fine save by Kasper Schmeichel from Sterling’s shot from just seven yards. But Sterling was not deterred. Two minutes later he burst into an almost identical position and, with Bukayo Saka’s low ball headed his way, Simon Kjaer was forced to act. Unfortunately for the Denmark captain, that act involved him sticking the ball into the roof of his own net.

WHAT A RESPONSE FROM #ENG! @BukayoSaka87 puts it on a plate… and Kjaer can only divert the ball into his own net! #ENGDEN | #ITVFootball | #Euro2020 pic.twitter.com/XdqeXugLZA

Then came the onslaught of England pressure in the second half and at the start of extra time, pressure that for a time looked like it might not pay off. A red wall stood in front of Schmeichel’s goal and repelled all that was thrown towards it.

The final, decisive moment of this game, though, was always going to come from one man. Sterling picked up the ball on the right wing and, rather than lay it off to Jack Grealish, which would have been the safe option, he took responsibility to create something himself, to dart at the defence in the way that requires real guts.

He sped past Joakim Maehle and into the box, again forcing his markers to act. Maehle and Mathias Jensen challenged and Sterling hit the deck. Was there contact? Certainly. Was it enough to go down? Possibly not. But through his own willingness to take risk, Sterling had created the conditions that led to the Danny Makkelie’s decision and ultimately to England’s place in the final of Euro 2020.

Sterling has grown up as a target for a vicious, bigoted section of the British media and brushed it off and carried on. He’s maintained his moral convictions even as government ministers tell people they should boo him for doing so. He’s now blown away the doubts about his footballing ability and form in the most emphatic way imaginable, sticking up a metaphorical two fingers at those who used to try to knock him down.

If England is delighted, then it has Sterling to thank. He has won all his detractors over with his derring-do, proving that he is a man in whom faith can be placed.

Most wonderfully, Sterling has done it all in his own backyard. He could see the Wembley arch from his window growing up. He used to help his mum clean hotel toilets in Stonebridge Park, just a stone’s throw from the stadium, before school.

He’ll be back on Sunday, too. Back home. And though Leonardo Bonucci and Giorgio Chiellini do not strike as the sort of characters for whom fear makes up a great part of their thought process, they ought to be worried about England’s jet-heeled hero.

If they want to give him a bullying bear hug, they’ll have to catch him first.