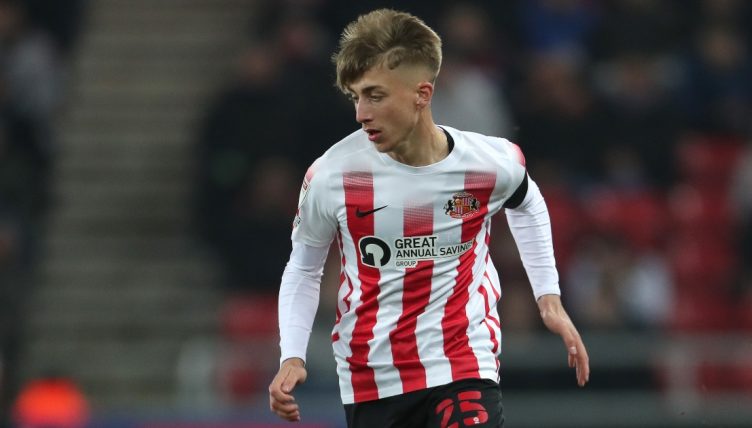 A long three years have passed since Jack Clarke collapsed while sat on Leeds United’s bench during a Championship clash in Middlesbrough.

Clarke, 18 at the time, was sent to hospital for tests. He spent a period away, recovering from the virus that was reportedly the cause of the health scare, before eventually returning to play a role on the periphery of Leeds’ doomed promotion run-in. A month prior, he’d been flying.

“Not the first Clarke to strut his stuff at Elland Road, but Jack Clarke looks a player,” tweeted Gary Lineker after the Thorp Arch academy graduate shone on his first Championship start for Leeds, a 2-0 victory over Derby County in January 2019.

That night he assisted Kemar Roofe’s opener, with a vital hand in the second, and didn’t stop driving at the Rams backline. Up against future England internationals Mason Mount and Fikayo Tomori, Clarke looked the most promising youngster on the pitch.

At the end of that breakout 2018-19 campaign, the youngster made an eye-catching £10million move to Tottenham. Despite that, he’s struggled to get his career back on track – and has looked a long way off ever making it at his parent club.

It would be difficult to make the case that Clarke has kicked on since he first emerged as a wonderfully dynamic winger, the most exciting of the many teenage prospects handed their Leeds debuts by Marcelo Bielsa.

It’s been a long three-year wait for a player that undoubtedly possesses the talent to better those early Leeds displays, where he helped spark a three-goal comeback victory over Aston Villa and put Frank Lampard’s Derby to the sword.

Yet on the evidence of Clarke’s performance in Sunderland’s play-off triumph over Sheffield Wednesday, that wait might finally be over.

His assist for Patrick Roberts’ tie-winning goal is the biggest moment of the 21-year-old’s career to date – and it may well prove pivotal in ending the Black Cats’ four-year stay in the third tier.

The move to the Stadium of Light was just the latest in a long line of bids to kickstart his career.

An immediate loan return to Leeds resulted in one 19-minute cameo. Then to QPR, where he mustered just six appearances off the bench. Then back to Spurs, where he kicked on in their Under-23s and made a couple of appearances off the bench in low-stakes Europa League encounters. More minutes came at Stoke last term, but his loan was cut short after suffering ligament damage in his ankle. Yet another setback.

In his first two years on Spurs’ books, their £10million man had three loans away, a total of 23 senior appearances – 17 off the bench – amounting to 760 minutes, no goals and one assist.

Clarke needed his mid-season move to Wearside to work out just as much as Sunderland were crying out for some inspiration. They were second in the table and looking to seal an automatic place when his signing was announced, but immediately things started derailing.

He made his debut as a substitute in a 6-0 loss away to Bolton Wanderers, a defeat so shocking that it cost manager Lee Johnson his job. Sunderland won one of their next seven; their top-two dream dying while even a play-off place began to look under threat.

Their new Spurs loanee instantly became overshadowed as the campaign looked to be falling apart, with a media circus over the ultimately ill-fated negotiations to bring Roy Keane back to the dugout and the similarly ill-fated romantic return of Jermain Defoe.

Was such an intense environment the best place for Clarke to get his career back on track? Yes, as it turns out.

Since that mid-season blip, Alex Neil has come in, his experienced hand steadying the ship. He led them to fifth and they’re now unbeaten in 15 matches. They go to Wembley on Saturday as the odds-on favourites against Wycombe.

Clarke in particular looks to be thriving under the guidance of Neil. He’s made more starts and played more minutes in a half-season at Sunderland than he had at senior level in the three years prior to his arrival. The winger made a slow start to life up in the North East but continuity has done him the world of good.

“I think there have been some home matches that have been relatively tight where he’s been a good outlet for us,” Neil told the Northern Echo in April.

“He gets us up the pitch and he can go either way. He’s probably been coming in on his right side more recently and maybe needs to mix it up a little bit more, but he’s dynamic and direct.

“He can take people on one-for-one, which is obviously a good strength to have, and he’s been a threat for us. He’s missed a few key chances, and I think that’s the next stage for him. He just needs to be that bit more clinical in front of goal.”

The carrot and stick approach looks to be working. Clarke is yet to meet Neil’s demand of a second goal for Sunderland. But he’s responding well to his manager’s belief.

He didn’t produce his best performance in the 1-0 victory over Sheffield Wednesday in the first leg of the play-off semi-final, a game that Sunderland could and possibly should have won by more with a little more composure in the final third.

But Clarke retained his place in Neil’s starting XI for the second leg and repaid that belief with a brilliant performance.

Wednesday were the better side and looked the likelier to book their place at Wembley after levelling the tie in the 74th minute, but Clarke’s dribbling ability proved a vital outlet in easing pressure. There were a couple of runs in the second half where he carried the ball a ridiculous distance, whereby the hosts had no option but to hack him down to stop him.

In the end it was Clarke’s quality that settled the tie. In the second minute of injury time, he was played in, for once making the astute decision to go on the outside rather than cut in, rinsing Jordan Storey in the process, before playing it back on a plate for Patrick Roberts to finish.

Whatever happens at Wembley on Saturday, Clarke can take great pride in finally taking a step forward, and standing up and making a difference when it counts.

Should Sunderland make it back up to the Championship, it would make total sense to send him back there next year. A full season of playing regular football is what he’s desperately lacked since joining Spurs.

Finally, Tottenham have sent Clarke somewhere as happy to give him opportunities as he is to take them.