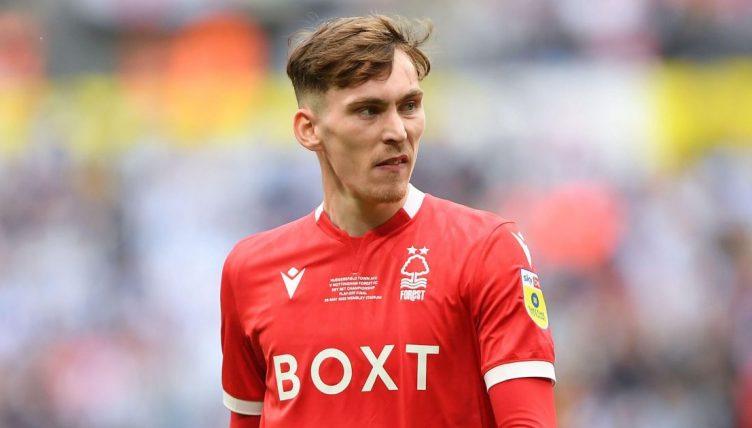 May 1999. Boyzone are top of the UK charts, Lance Armstrong is winning the first of his tainted Tour de France titles and people are quietly soiling themselves about the Millennium bug.

Nottingham Forest ended their season with a 1-0 home win over Leicester. The Premier League was a different beast back then, populated by blokes called Brian and a successful Manchester United, but Forest still finished the 1998-99 campaign dead last.

Little did they know it would take 8414 days, 1182 games and 28 managers before they returned. But, courtesy of an own goal by Huddersfield defender Levi Colwill in Sunday’s play-off final, Forest are finally back in the top flight of English football.

Their achievement has been remarkable. When Steve Cooper, the doppelganger of Ned Schneebly, was appointed last September, Forest were rooted to the bottom of the Championship with one point from eight matches.

The celebration police will point out that Forest had 38 games to rectify their situation. But, by taking a side that was losing every week and lifting them 20 positions in a league that’s notoriously difficult to sustain form in, Cooper has surely been the manager of the season.

And a number of his players look set to grace the Premier League. Djed Spence has been christened the Bridgeford Cafu, Brennan Johnson has more tricks up his sleeve than Dynamo while goalkeeper Brice Samba looks a Barclays cult hero in the making.

But James Garner looks a cut above the rest and made the telling contributions during the 1-0 victory over Huddersfield at Wembley.

It was his cross that settled the game, dipping and bouncing until it unnerved the young Colwill into kneeing the ball past his own goalkeeper. Blessed with a delivery so efficient it puts the Royal Mail to shame, Garner has contributed eight assists to the Forest cause this year.

Forest are ahead at Wembley! It's a nightmare moment for Huddersfield's Levi Colwill! 🙈#EFLPlayOffs 🏆 pic.twitter.com/Wy22itx2b9

But there’s also a steelier side to Garner’s game, an iron fist disguised in a velvet glove. Forest have needed both to claw themselves into promotion contention and the Manchester United loanee demonstrated the requisite grit just before the match-deciding goal.

Huddersfield, who spent much of the first half redefining the word ‘plodding’, had made a rare dash towards the Forest goal with Danny Ward in a prime position to cause some damage.

They reckoned without Garner. Charging towards danger like a doomed Tommy on the Somme, the 21-year-old steamed into Ward and dispossessed him of both ball and glory.

Define the Championship with a tackle 🥰 pic.twitter.com/EV6nw5g5kP

Garner has summarised the Cooper era at Forest, embodying both the spirit and technical ability needed to emerge from the Championship swamp.

“He has been excellent,” the Forest boss told The Athletic in March. “Over recent months he has been a high-performing player in the team. He has been a constant selection for us. The loan is proving to be a really beneficial one.”

And pundits have been falling over themselves to praise the midfielder all season. “Garner has been exceptional at Forest,” ex-England international Paul Robinson said in February. “He is an example of why players get sent out on loan.

Former Arsenal defender Armand Traore went even further. Speaking to The Sun in February, Traore said: “You watch him play with such maturity, he reminds me of Xabi Alonso with the maturity he’s got.

“A lot of people don’t realise how hard it is to play football simply. This guy makes everything simple and look so easy. He’s hard in the tackle, he’s not scared, his long-range passing, his short-range passing is amazing.”

Traore hit the nail squarely on the head; Garner’s genius is his ability to make the game of football appear simple. That, as anybody who has toiled on five-a-side pitches will know, is an elusive quality.

His immediate future is currently unclear. Out of contract at United, a number of sources have indicated that Erik ten Hag wishes to assess Garner during pre-season.

His complete skillset, while not yet fully developed, is something United’s midfield has been crying out for since Michael Carrick retired.

But it remains hard to see the England Under-21 international as an Old Trafford regular. Forest would dearly love to have him back.

As Forest fans awaken with sore heads, it’ll take a while for promotion to sink in. Only when the fixture list, including trips to Anfield, Old Trafford and Stamford Bridge, is released in June will their club’s achievement become reality.

And nobody symbolises their remarkable promotion better than Garner, whose silk and steel were the perfect antidote to decades of mediocrity at the City Ground.

Both Garner and Forest will be a welcome addition to the Premier League next season – and Garner could do a lot worse than continue his development in the East Midlands.