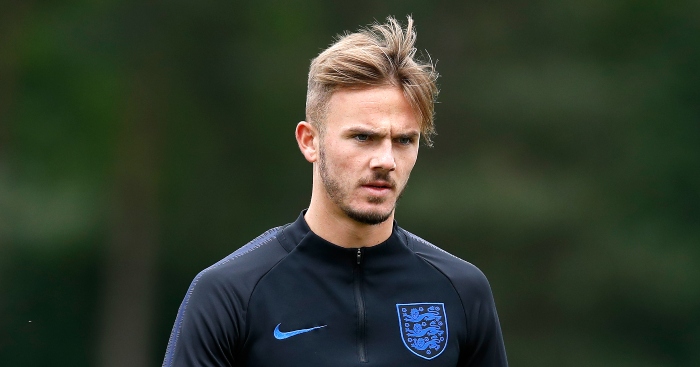 One year on from being considered a bit of a gamble at £22million, James Maddison is already beginning to look like a bargain.

Claude Puel’s legacy at Leicester City might not be the strongest, but fans of the Foxes will at least be grateful he was able to bring Maddison to the East Midlands from Norwich City before his price shot up even further.

A rumoured sale to Manchester United, City or Liverpool would likely see Leicester double their money and then some, and after the season he has had it’s easy to see why.

Maddison wasn’t the sort of lower-league talent you’d automatically expect to thrive at the top, or at the very least he was seen more as a ‘possible’ success story than a ‘probable’ one.

When Premier League clubs recruit from the division below, there’s often a caveat with creative and dynamic midfielders, namely that they’ll have to adjust to a different class of opponent. It’s not necessarily that they won’t find things as easy but rather that the way in which they adjust to the increased challenge will make or break them.

The highs of his final season in East Anglia were just the start, though: it turns out you won’t be fazed by elite opposition if you have the unshakeable ego to match.

We saw one of the first glimpses of this during Leicester’s victory over Huddersfield in September, after which Puel said the midfielder”improves game after game”.

It was an assured free-kick, the sort of strike that can be enough to convince any coach that this is a player unafraid to try things regardless of the situation, and this go-ahead goal made it three goals in his first six games. Furthermore, the confidence and swagger of the delivery offered a level of taking the bull by the horns which felt Beckham-esque.

A goal like this is about the body-language as much as the finish itself. Maddison approaches the ball like a man who has watched himself scoring in his dreams, and strolls away as if it was always a foregone conclusion. It doesn’t matter that Jonas Lössl removes some of the cleanliness of the strike by getting a palm to the ball.

Part of rising to the top is believing you can, and there’s an element with Maddison of making both his own luck and his own ability in turn, and this is the same combination which allowed Michael Owen to thrive for the Three Lions when only he knew how good he could be.

We saw this in the victory over Watford in December, where he finished off a flowing counter-attack which conjured memories of Salif Diao’s iconic World Cup effort.

If you’re certain of your own abilities, you don’t need to second-guess any touch. Instead, it looks as though he has left his body to take a perch up above, watching on as the silhouette of James Maddison gathers the ball and beats Ben Foster with ease.

At worst he’s sat at home, controlling this proto-Maddison remotely and leading his avatar on a winding path through a crowd that surely no human with bones and muscles should be capable of traversing.

This is all well and good, but plenty of players can score a variety of goals and lay on more for his team-mates. How many, though, can blend this with a red card-earning dive just 12 games into his Premier League career?

Yes, yes, ‘diving is bad’ according to your dad, but consider this: it’s actually good.

It’s even better if it comes just half an hour into a game when you’re already on a yellow card. Look at it as the highest-stakes game of chicken a footballer can embark upon, trusting himself to nail a believable execution while daring the referee to have full faith in his own faculties.

The final minute of a game when you know it’s your last chance to stay alive? That’s when you might need to resort to desperate measures, so people will be looking out for you to do it. Half an hour in, when you know a failed dive would bring you a red card? It would be stupid to even try, which in turn makes it the smartest move of all.

And then there’s the idea of creating a Beckham-level character arc and redemption story for your career as a whole – there are layers to this!

As with any player who thrives in their first Premier League season, James Maddison will need to move forward just to stand still as more and more eyes focus on him in 2019-20.

This will be even more true if he earns a move away from Leicester, though it remains to be seen whether he’s ready to leave the club just yet.

Before that, though, he has the small matter of the Under-21 European Championships.

There was a case for Gareth Southgate including Maddison in his senior squad for the Nations League after a first call-up last year, but there’s no rush, and he has the potential to show some real star quality at the younger age group ahead of the new campaign.

Similarly, if it was up to us, we wouldn’t mind seeing him stay at Leicester for at least one more season, becoming a bigger and bigger fish while continuing to reap the rewards of Brendan Rodgers and an exciting young Foxes team. We’ll surely see more of him in an England shirt in the interim, anyway.

Still, whether Maddison stays or goes, it’s hard to see him struggling when he clearly has so much faith in what he can do.

Where are they now? The England U21s from the first game at new Wembley