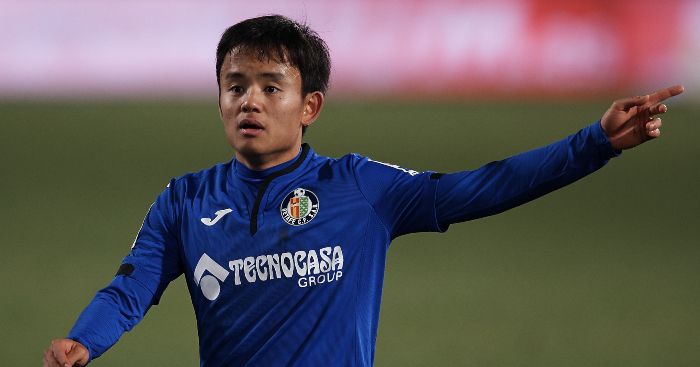 It’s not been an easy 2020-21 season so far for Real Madrid’s Japanese starlet Takefusa Kubo.

Farmed out on loan to Villarreal, he got on with Unai Emery about as well as the red half of north London did.

The 19-year-old started just twice in La Liga from October until January – a massive disappointment after 36 appearances on loan to Real Mallorca last season, and nowhere near enough to demonstrate the talent that led to him being dubbed ‘the Japanese Messi’.

Early this month, Emery told a press conference: “I asked Kubo if he wanted to stay or leave and he told me that he is looking for a way out.”

Last week Kubo got his wish, joining Getafe on loan for the rest of the season. And in a 30-minute debut cameo against Elche on Monday night, he put on a tantalising display to give the Madrid side’s fans hope for the second half of the season.

The game was, to draw on the old cliche, a relegation six-pointer. Elche and Getafe went into the match on 16 and 17 points respectively, 17th and 18th in LaLiga. 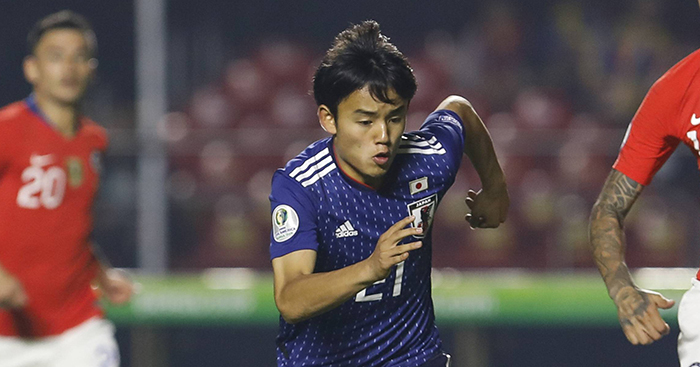 READ: Takefusa Kubo: The ‘Japanese Messi’ who shone in Brazil & is off to Madrid

Proceedings were suitably were tight. Elche took an early lead through Raul Guti [insert joke about Raul Guti setting himself up to score in Madrid here]. Getafe equalised before half-time. Elche started the second half the brighter, forcing a save-of-the-season contender from Ruben Yanez.

Then things changed. Ivan Marcone was dismissed for Elche and on came Kubo, looking to exploit the extra space.

Kubo is a master of what, in Spanish, is known as ‘la pausa’ – a momentary stillness when all others are moving that can open space and unlock defences – and is a wonderful dribbler with a low centre of gravity.

Here, he demonstrated the latter ability almost immediately, running at the retreating Elche backline and curling a shot into the palms of Edgar Badia, whose parry was converted by Getafe forward Jaime Mata.

Getafe turn it around! 🔵

Jaime Mata got the goal, but much of the good work in the build-up came from Take Kubo 👏 pic.twitter.com/PlMdfWvtRa

Kubo will not get an assist, but that says more about the folly of assist stats than his work leading up to the goal.

Before the end, Kubo was at it again. A left-footed cross from his position on the right was perfectly weighted and delightfully directed towards Getafe No.9 Angel Rodriguez, forcing Emiliano Rigoni to give away a penalty.

Rodriguez converted from the spot and a huge three points were secure.

Again, Kubo will get no statistical credit for Getafe’s third, but for the Getafe hardcore whose eyes were fixed on the screen – and the Real Madrid fans watching for their prospect’s progress, for that matter – his contribution will not have gone unnoticed.

Getafe jumped from 17th to 13th and, with a game in hand and the Japanese creator amongst their ranks, can perhaps afford a look ahead, rather than over their shoulders. Owing to the way the La Liga table is shaping up this term, seventh-placed Granada are now just four points ahead of them.

The Madrid-based media were certainly impressed enough to shower Kubo with praise. “Takefusa Kubo has recovered his smile at Getafe,” Jorge Castro wrote in AS. “And when he smiles, he unleashes all of his talent, one of the most important [talents] in La Liga, as he demonstrated in his first game in the Azulona shirt.”

Kubo has said he’s not fond of the Japanese Messi moniker or the pressure it brings – and that is fair enough. But there is enough quality encased in his left boot to justify more than a little excitement.