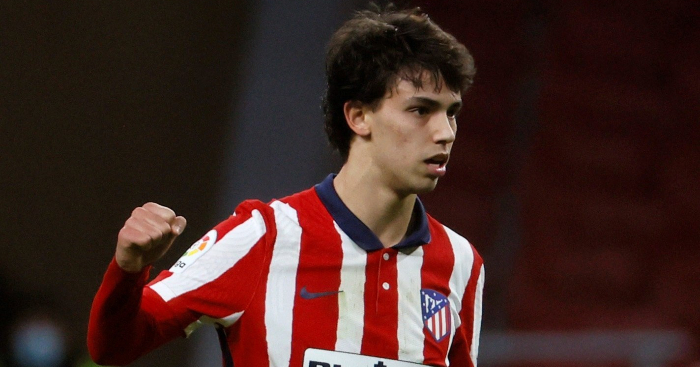 It’s seven years since Atletico Madrid sensationally broke Barcelona and Real Madrid’s stranglehold at the top of La Liga, and Diego Simeone’s men are ready to gatecrash the party once more.

Club-record signing Joao Felix is emblematic of how the club have been transformed during Simeone’s tenure, with a €126million arrival unthinkable when he first arrived in the dugout back in 2011.

Of the current table-topping Atleti side, the bookmakers’ firm favourites for another title after opening up a seven-point lead (with a game in hand over the chasers), only homegrown hero Koke played a role in the last title win. Godin understudy Jose Gimenez, still a teenager back then, made just one La Liga appearance in 2013-14.

Atleti were total outsiders that season. A rugged gang of brawlers that opportunistically stepped up just as the big two had let their guard down, having been uncatchable in record 100-point title wins in the two seasons prior.

There’s still that edge; this is still a Simeone side, after all. Only eight goals have been conceded from 18 games so far, half as many as the next-best defence at Real Madrid.

Up front, Luis Suarez scraps and fights for everything just as Costa used to, looking to have the bit between those infamous teeth after unceremoniously being shown the exit door at the Camp Nou.

You think Barcelona might have learned their lesson after letting Villa leave in 2013, but evidently not. 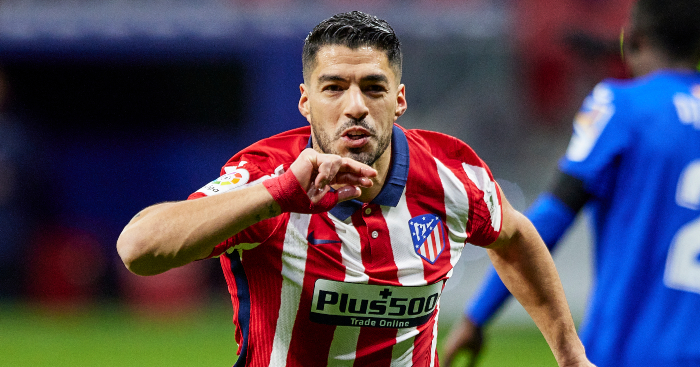 But Atletico can no longer claim to be the outsiders.

They’ve been in more Champions League finals than Barcelona, Manchester United and Manchester City combined since Simeone arrived at the club.

Simeone is the highest-paid manager in the world with a reported yearly salary of €40million.

They’ve moved from the old coliseum of the Vicente Calderon to the thoroughly modern Wanda Metropolitano, with the name symptomatic of the times. Their last home was named after a legendary club president, their new one bears the sponsor of a Chinese real estate firm.

And in the history of La Liga, only Philippe Coutinho has cost more than Felix.

The Portugal international was one of the most in-demand youngsters in European football when he first emerged at Benfica in 2018-19, scoring 15 goals in the league and 20 in all competitions as they won the Primeira Liga.

Atleti won the race for his signature, with cash to burn after making colossal profits on the sales of Antoine Griezmann and Rodri to Barcelona and Man City respectively.

And really, that’s the story of Atleti’s remarkable rise under Simeone. It’s self-made success. Think how many players over the last decade have seen their stock rise immeasurably when working under the Argentinian.

Griezmann, Courtois, Costa, Rodri, Gimenez, Saul, Koke, Jan Oblak, Thomas Partey and Lucas Hernandez are just a handful of the names that have gone stratospheric during their time working with the Atletico coach. 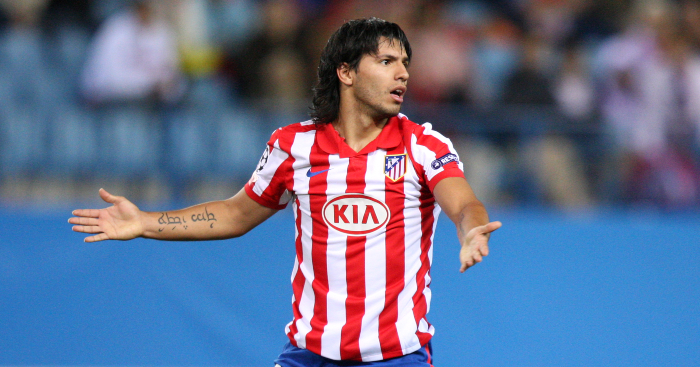 READ: An amazing XI of players sold by Atletico Madrid since 2010

But for every success story, there’s been a high-profile arrival that hasn’t quite worked out. Jackson Martinez, Vitolo, Alvaro Morata, Nico Gaitan, Kevin Gameiro and Costa (on his return) are among those that proved costly missteps. Thomas Lemar is finally coming good, but it took a long time.

It’s a track record in the transfer market that’s befitting of Atleti’s sense of unease at having a seat at the table among Europe’s elite. The club have been at their best when they’ve had grafters working their way to the top, or established names arriving with a point to prove.

That put Europe’s Golden Boy Felix at an interesting crossroads. The fourth most expensive player in the history of football, he was only 20 years old when he walked through the door, with plenty more heights to scale. Would he be a Griezmann or a Morata?

His debut season was inconclusive. There were enough moments to hint the hype and the price tag were justified, but just as often he’d go missing, taking time to settle in a new environment, begging the question: does he have the hunger of Simeone’s most successful students?

Now into his second season, it looks as though he’s on the right path. There have been moments of tough love from Simeone, spells out on the sidelines and some underwhelming performances along the way, but the game-changing examples of his supreme talent are occurring much more frequently.

Having only recently turned 21, Felix remains on an upward trajectory, albeit with a bump along the way in the Spanish capital.

João Félix is so good at football. (Whisper it) He's got that Kaká 𝑔𝑙𝑖𝑑𝑒 to his game. Makes every move brilliant to watch. Just turned 21, too… pic.twitter.com/RyO4aMOQ9U

There was a phase in the autumn, just as Lionel Messi was misfiring for the first time in well over 10 years, that Felix was enjoying his best spell of form to date, looking every bit ready to take the throne of Spanish football’s king.

“No offence, Lionel. But it has been 16 years now. And Joao Felix really is good enough to be in the next tier of golden ball hopefuls,” wrote Barney Ronay in The Guardian. Such was Felix’s form, you couldn’t even say it was hyperbole.

Scoring six goals in the space of four games in all competitions in October, it was all there. The vision, the technique, the movement, the joy, the hunger, the enthusiasm, the composure. The nerve.

All the qualities you’d associate with a classic number 10, but with the work rate and relentlessness Simeone demands of his attackers. Not allowing the opposition defenders a moment’s rest.

As is natural for a player his age, there’s since been another dip in form, but those early-season moments of inspiration allowed Atleti to become La Liga’s early pace-setters, and they’ve not taken the foot off the accelerator since.

And now, just as the club approach the second half of the season with a lead to protect, Felix looks back at it. Real and Barcelona had already won earlier in the weekend, and the pressure was cranked up in Sunday evening’s kick-off when Valencia took an early lead through a long-range stunner from Uros Racic.

Felix made sure that any nervousness wouldn’t be allowed to percolate, equalising quickly with a volley at the far post from a corner. Bursting down the wing early in the second half, the starlet then set up Suarez, who struck across goal to give Atleti the lead, eventually winning 3-1.

If Felix can keep up that kind of form going forward, Atletico may well be uncatchable. He’s a true superstar, befitting of Atleti’s hard-earned elite club status.