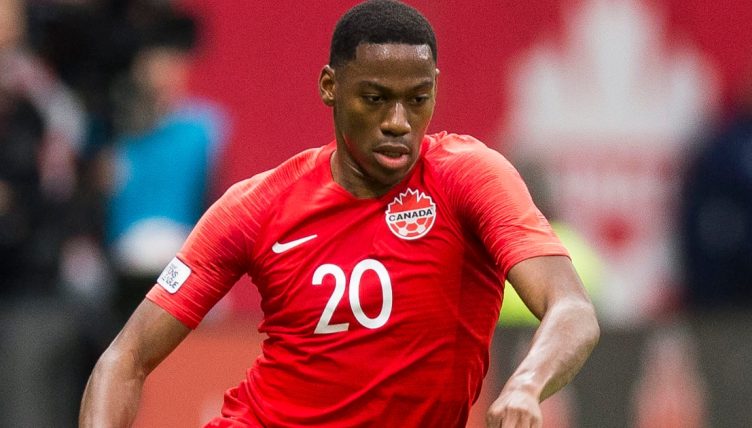 For years, football in Canada had the same status as basketball in England – a sport with high participation that was widely seen as a national joke.

English basketball has a dedicated following, but attracts little coverage from the major British media outlets as the idea of competing against titans of the sport like the USA seems immensely far-fetched.

Football in Canada had a similar image problem. The national team had only qualified for one World Cup – losing all three group matches without scoring at Mexico 86 – and suffered an 8-1 hammering by Honduras in 2012.

It hardly registered on the same Richter scale as ice hockey or Canadian football. Until now.

Blessed with the genuine world-class talent of Alphonso Davies, and a cast of capable support members, Canada have romped through CONCACAF qualifying and have become the first North and Central American country to reach this year’s finals in Qatar.

A star-studded US team have been unable to beat Canada over two matches. Mexico suffered the same fate, falling to defeat in the Edmonton ‘Iceteca’ last November. Both trail in Les Rogues‘ wake.

And Canada trampled over a flaccid Jamaica to secure the 4-0 victory that ended their 36-year Mundial exile.

English coach John Herdman, who led the Canadian women’s team to successive Olympic bronze medals in 2012 and 2016, has guided the men’s side to Qatar in his first qualifying campaign in charge.

“We just qualified for the World Cup, this is a legit football country,” said Herdman, who last worked in England as an academy coach at Sunderland more than 20 years ago.

“When I first took over and I said, ‘We’re going to qualify for the World Cup’, I don’t think they believed us. I’m happy for them because all of these fans have waited and waited and waited, and hung in with us – and we’re going.

“I think this country never believed in us because we’ve given them nothing to believe in. They believe now.

“This is the time for everyone to get behind football and unite because we can be a powerhouse.”

And, with Jonathan David leading the line, anything is possible for the most exotic qualifier for the 2022 tournament.

David had already been making waves for Ligue 1 champions Lille, scoring the crucial winner against PSG that put them on course to win the 2020-21 championship.

But this season, he has moved onto another level. The Ottawa native netted 12 goals in the first 19 matches of the current Ligue 1 campaign and is currently the fifth-highest goalscorer in the division.

The 21-year-old also scored three times in this season’s Champions League and terrorised the Chelsea defence during their recent knockout tie.

With this in mind, it seemed almost unfair that a shivering Jamaican defence (playing in freezing Toronto) were subjected to a thorough debasing from David.

The game was a mere formality; Canada have been imperious in the qualification while the Jamaicans should probably have stuck to cricket.

And David set the tone after a mere four minutes. Positioned inside his own half with the ball at his feet, the Lille forward got inside his Volvo and accelerated between two opposition defenders.

The next Jamaican brave enough to attempt dispossessing his foe fared even worse; David produced the sleight of foot that should be illegal outside of Hogwarts to bewitch the defender and continue his Maradona tribute act.

Unfortunately, gravity and enormity combined to prevent David from scoring the Goal of the Century. Instead, while falling to the ground, he managed to slip the perfect through-ball into the path of Cyle Larin.

Forget that Larin couldn’t apply the finishing touch that David deserved. Here was a player taking an occasion by the scruff of its neck, submitting it to his will and rendering any resistance futile.

No wonder he’s one of the highest-rated young strikers in European football.

It comes as no surprise that David is in demand from Europe’s richest clubs and, with Lille ready to cash in on their asset, expect his name to become a rumour mill staple over the summer months.

Speaking to Radio Canada, David’s agent Nick Mavromaras stated, “I think the Premier League is a great option for him. I think he likes Spain a lot too because he likes the feel of the ball and the very technical players.

“These two leagues are a big priority for him, but we are not ruling anything out. You never know, with Paris Saint-Germain or the big Italian clubs.”

Arsenal and Liverpool are two of the English-based sides who have expressed strong interest in bringing David across the channel.

A move to the Emirates almost makes too much sense. Pierre-Emerick Aubameyang is gone, while the contracts of Alexandre Lacazette and Eddie Nketiah are set to expire.

After missing out on Dusan Vlahovic in January, and with Champions League football looking increasingly likely, Arsenal could do a lot worse than invest in David.

This is a guy that can bully defenders, but also bewitch them with intricate footwork like a tap dancer who’s demanding your dinner money.

As Canada await the World Cup draw on Friday, their star striker has underlined his elite-level credentials beyond any reasonable doubt. You know what to do, Mikel…