‘What a hit’: Henderson’s CL stunner was his Gerrard v Olympiacos moment 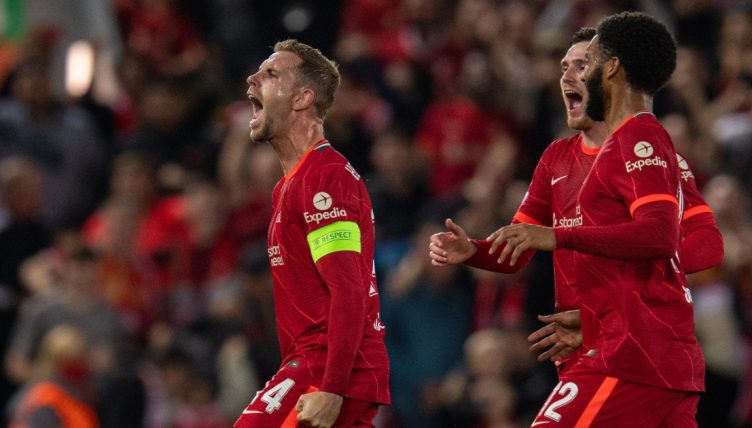 A big Champions League night with fans back at Anfield and AC Milan as the opposition was always going to evoke memories for Liverpool.

Despite the big victories that have followed, including a Champions League win in 2018-19, the campaign of 2004-05 will always live vividly in the Reds’ collective memory, purely for how incredible that second half against the Rossoneri was and how many times it seemed Rafael Benitez’s side was down and out.

So, it was pretty clear that on Wednesday night there would be some sort of sentiment or comparison around the Benitez team that had ended a 21-year wait to lift the ‘Big Ears’ trophy for the fifth time.

However, what won’t have been expected by many is the current captain momentarily channeling his inner Steven Gerrard to score a wondergoal when it mattered most, having not scored in Europe’s biggest club competition for seven years before that.

It was the great former captain’s header that had started the comeback in Istanbul, but the cleanest of Henderson strikes will also draw comparisons to the 3-1 victory against Olympiacos that ensured Liverpool got out of their group in 2004-05.

The way the ball was hit as it continued to rise, the strike’s unstoppable nature and the impassioned celebrations were all scarily similar on what was the perfect night for Henderson to produce, with everything feeling exactly like old times again as the fans went wild while being conducted by Jurgen Klopp.

The similarities in the impacts from two great Liverpool captains haven’t been lost on the supporters, with one on Reddit coming up with what we’re going to call a masterpiece: 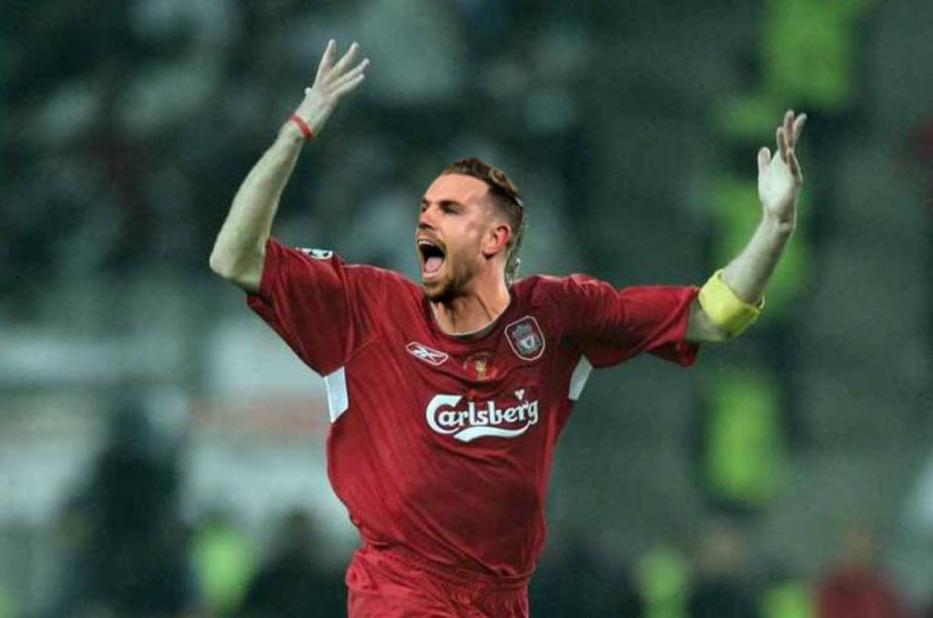 The season’s Champions League opener had already been a game with incredible highs and lows as Liverpool took the lead, Mohamed Salah saw his penalty saved before Milan took the lead, only to see the Reds’ Egyptian King bag an equaliser.

Henderson had been prominent throughout, creating three chances for his teammates, completing 90% of his passes and making one interception.

However, there is nothing quite like a true beauty of a winner to leave your mark on a game of football, and that is exactly what Henderson provided.

The ball had come at the 31-year-old quickly after Ismael Bennacer’s attempt at a headed clearance, but he showed brilliant control and technique to get over the rising ball and send it out of Mike Maignan’s reach.

The goalkeeper’s muted reaction speaks volumes about the quality involved in beating him, as the Frenchman’s attempts were destined to be futile from the moment that ball left Henderson’s right boot.

Liverpool’s captain knew he’d scored a peach of a goal, and the similarities with Gerrard continued, as the man wearing the No.14 shirt made a gesture to the fans by putting a finger to his ear before diving into his own celebrations.

Back in May 2005, Gerrard done something similar, swinging his arms in the air to get the fans going after starting the comeback in Istanbul.

Jordan Henderson launches a half volley into the corner of the net! No one is stopping a strike like that! 💥

Liverpool have their lead back 💪 pic.twitter.com/YsxcxHe72o

Henderson has proven himself to be a brilliant Liverpool captain in his own right, but when moments like this arise, it is impossible not to cast your mind back to one of the club’s greats.

Liverpool are in a tough group, facing Porto and Atletico Madrid as well as Milan, but Henderson has already shown that he has what it takes to step up and lead the club when he is needed most, just as Gerrard did for so long.