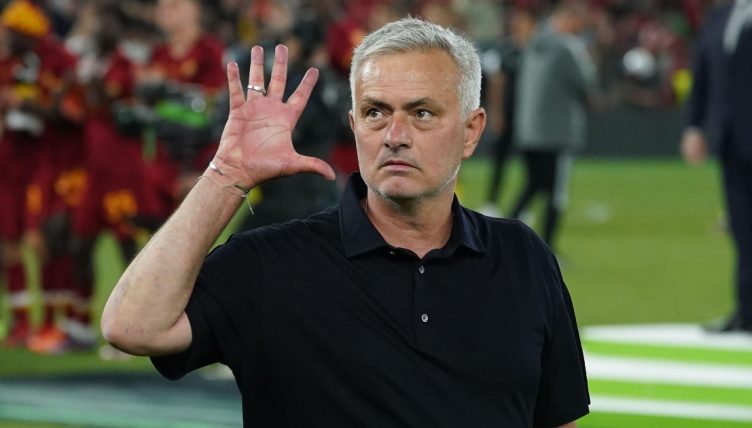 Human beings are, by and large, creatures of habit. Of established routines. Of continuing to do things because we’ve simply always done them.

By extension, a significant proportion of people feel threatened by change. Their instinctive reaction to anything new, whether it’d be the rebranding of their favourite cereal or pedestrianising their high street, is scepticism and innate fear. Which, in a roundabout way, brings us to the Europa Conference League.

Set up by UEFA this season to grant more opportunities to clubs from less wealthy, less powerful footballing nations, the tournament was met with a litany of English eye rolls.

For supporters of the ‘Big Six’, who already treated the Europa League as if it were something soft and brown they’d trodden in, the prospect of more trips to the arse end of the continent seemed pointless. Nobody at famously trophy-laden Spurs seemed bothered by their first-round exit.

But the competition was never designed to suit the English. Teams from 24 countries, including Armenia, Estonia and Gibraltar for the first time, were represented in the tournament’s group stages, an antidote to the familiar fattened pigs of the Champions League.

Anything that offers inclusivity and opportunity for the other 95% of European clubs is a great thing.

It’s not all about money, it’s not only a success if you win, it’s about taking part. Proud clubs like Feyenoord, Marseille and PAOK, which have been pushed to the margins of European football, have enjoyed season-affirming runs to the latter stages.

Bodo/Glimt started in the second qualifying round of the Conference League and made it to the quarter-finals, beating Celtic along the way and alerting Europe to their existence.

And good luck to anybody who’ll tell Jose Mourinho that the Conference League doesn’t matter this morning.

Seemingly beyond caricature when sacked by Spurs last April, Mourinho’s appointment as Roma boss was met with enthusiasm by a success-starved fanbase.

And the two-time Champions League winner recognised the opportunity presented by this new competition. Mourinho has embraced the Conference League all year, weeping after beating Leicester in the semis and speaking about the importance of bringing silverware to the Italian capital.

The final against Feyenoord in Tirana, held in a stadium only slightly bigger than Turf Moor, wasn’t a classic.

But it was a classic Mourinho performance; some good first-half football, capped by a smartly taken goal by Nicolo Zaniolo, followed by 45 minutes of without-the-ball suffering as their Dutch opponents huffed and puffed without success.

It finished 1-0. And, as the final whistle sounded in deepest Albania, Mourinho rose his outstretched palm to the heavens to indicate the five European trophies he’s now won.

Roma have finally done it! They've won a major European trophy for the first time!

Classic Jose. But, in the race to promote his own achievements, Mourinho gave the Conference League the same level of importance as his Champions League victories with Porto and Inter Milan.

That can only be a good thing for the fledgling competition.

“This was not work tonight, this was history,” Mourinho told Sky Italia after the trophy was lifted and the champagne corks were popped. “We had to write history. We wrote it.

“The Conference League is a competition that we had the sensation from the start we could win, but it got a stronger competition when the Europa League teams came in, Leicester City, Olympique Marseille and Feyenoord.

“But we were counting on it, we could’ve had a few more points in Serie A, but we put so much into this competition.”

Of course, there’s an element of Mourinho chasing success for his own ends. The narrative before the final was as much about his 100% record in European finals as Roma’s quest for a first continental trophy.

But, even during his Premier League days, Mourinho realised the importance of winning trophies. While other managers rested players in the domestic cups, he went all out to win them. Success breeds success after all.

And, despite all the justified criticism of UEFA, the Europa Conference League has been a huge success. Some would say that even a broken clock is right twice a day, but credit where it’s due – this has been a well-executed idea from the governing body.

Next season’s competition already looks fascinating; famous names like Cologne, Fiorentina and West Ham – alongside Champions League semi-finalists Villarreal – will line up alongside a varied selection of clubs from less glamourous leagues.

But the glory, for now, lies with Mourinho and Roma.

The cynical argument is that Mourinho has used the Conference League to further the agenda of his own brilliance. But, in doing so, he’s infused the competition with instant credibility.

This is a prize worth winning.