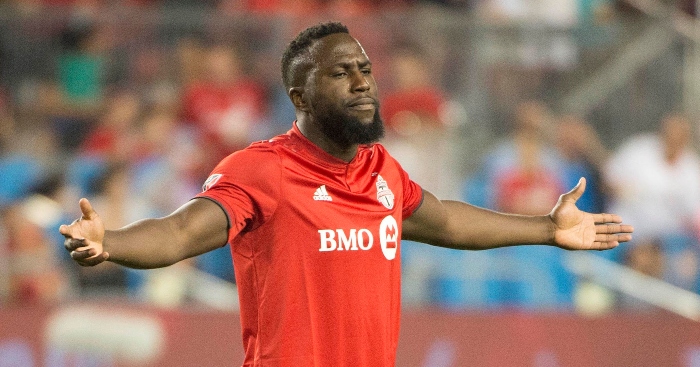 Any Sunderland fans to have taken a passing glance at MLS recently can be excused for feeling a little perplexed.

They will be more than familiar with Jozy Altidore, the hulking striker who scored a grand total of one goal in 42 Premier League appearances after being signed in a $13million deal from AZ Alkmaar in 2013.

Such were his struggles in England, NBC Sports published a column headlined ‘Has Jozy Altidore’s Premier League legacy damaged the reputation of US players?’ in which American journalist Joe Prince-Wright defended Altidore against accusations he “has to be the worst player in PL history”.

Those claims were undoubtedly hyperbolic and unfair, although Altidore probably didn’t help the suspicion with which English fans view goalscorers to arrive on these shores from the Eredivisie – alongside another North East flop, former Middlesbrough striker Afonso Alves.

“As a professional, there are going to be times when everything is not perfect,” Altidore said upon leaving the Stadium of Light for Toronto FC in January 2015. “In those times, how you react to those moments will define you.

“For me, it was a very difficult time for a number of reasons on and off the field in England. But I have a great support system in my family and I was still able to perform at the highest level with the US national team.”

Since then, he has rediscovered his verve, scoring 69 times in 127 appearances for Toronto. And while Sunderland fans might question the quality of opponents compared to Premier League clubs, but they certainly can’t knock the quality of some of Altidore’s most recent strikes.

In fact, he’s now scored four goals in four straight games – and three of them have been stunners, starting with this free-kick against Montreal Impact in mid-July.

He followed it up with a backheel against New York Red Bulls and by this point we were starting to wonder what on earth was going on.

Jozy Altidore scored this for Toronto FC against the New York Red Bulls and now we don't know what to believe any more.pic.twitter.com/aLB9DqAcyR

As if that wasn’t good enough, the 29-year-old made it four in four at the weekend by producing a goal from the opposite end of the stunner spectrum with this effort against FC Cincinnati.

Jozy Altidore has been at it again.pic.twitter.com/nA0nubRG9B

And these goals have inspired Toronto to a big upturn in form after a difficult start to the season. Having gone on a run of one win in 12 games between May 8 and July 4, they have now triumphed in three of their last four matches and are just one point off a play-off place with a game in hand on Montreal Impact.

It’s understandable if English fans stifle their laughter or let out a disgruntled sigh whenever they think back to Altidore’s performances in the Premier League, but those days have been and gone. Now it’s time to enjoy a player hitting his stride in more comfortable surroundings, and you can’t begrudge him that.

Watch: Can UK students work out these MLS mascots? – Who Are Ya?