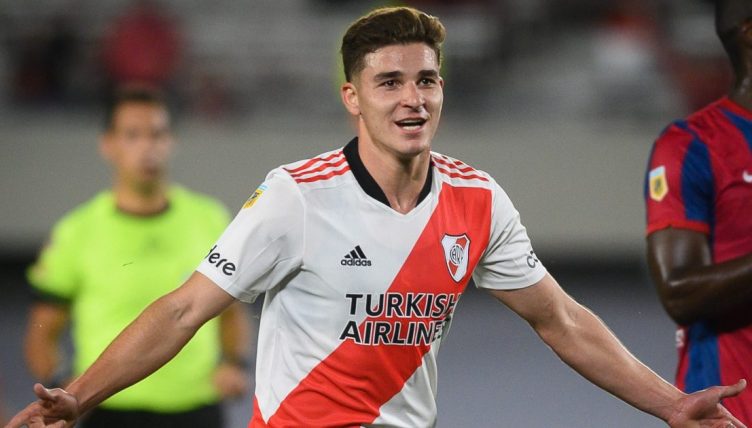 When asked about River Plate manager by an Argentine television interviewer in 2019, Pep Guardiola did not hold back.

“What Gallardo has done with River is incredible,” the Manchester City boss said. “Every year, three coaches are named as the best in the world, and he’s never among them. I can’t understand it.”

And, truly, it is difficult to fathom. What Gallardo has achieved with River – a Copa Sudamericana, two Copas Libertadores, three Copas Argentina and a slew of super cups in seven years – is nothing short of remarkable.

Had he done something similar in Europe rather than South America, he would be talked about as one of the finest coaches of his generation.

But for all his success since becoming Millionarios manager in 2014, one trophy has repeatedly escaped Gallardo’s grasp – an Argentinian league title.

Now, though, Gallardo and River are tantalisingly close. With four games to go of the 2021 Primera Division campaign, they sit nine points ahead of closest rivals Talleres.

And if – or when – River go on to claim that title, you can be absolutely certain that Gallardo will reserve a little extra praise for one man. When looking back on 2021 in years to come, it will go down as the Julian Alvarez season.

The lithe, slippery, lethal 21-year-old has not exactly burst onto the scene. He has been floating around the River first team for four years now. He even played the final few minutes of River’s farcical three-act Libertadores final against bitter rivals Boca Juniors in 2018.

But in the second part of this year, Alvarez has finally asserted himself in full – no longer a talent in the abstract, he is a reality, a goal-hungry terror scaring the living daylights out of opposition defenders across the land.

Alvarez has 16 goals in 21 games so far in this shortened Primera Division season – and they have come from all angles and distances, with left foot and right.

None of them, though, has better distilled his qualities – the qualities that are attracting admiring glances from dozens of Europe’s elite clubs – better than his scorcher against Boca Juniors in early October.

Superclasicos are, without exception, spicy games. This one – at River’s Estadio Monumental – had the added edge of being the first since the start of the covid pandemic to be played in front of a full house.

The action on the pitch burned as hot as the Buenos Aires spring afternoon and within 16 minutes, Boca defender Marcos Rojo had seen red for a pair of rash challenges.

Nine minutes later, Alvarez dished out Boca’s punishment in the most brutal fashion, picking up the ball in midfield, beating two men with a jinking dribble and smashing one past the goalkeeper from 25 yards.

Julian Alvarez (who was heavily scouted this summer) scores a BEAUTY for River Plate against Boca Juniors in el Super Clásico (via @CBSSportsGolazo) pic.twitter.com/Fgt7GyRyjt

The strike itself wasn’t in the corner. Look again – it wasn’t even near the corner. But the fact that he struck it so early and with such ferocity meant Boca goalkeeper Agustin Rossi was left swatting at thin air like a drunkard trying to catch a fly.

The goal was Alvarez’s season in microcosm: audacious, brilliant, impossible to stop.

He added to it in the second half too, finishing a low cross from Santiago Simon after making a darting run across the front post and earning River a derby win and three points that kept their title challenge on track.

At that point, it seemed that Alvarez’s form couldn’t get any better. He’d scored twice and got two assists against Newell’s Old Boys in mid-September. He scored another and got another assist against Central Cordoba the week before the Boca game.

Remarkably, though, the following month brought even richer rewards. By early November, Alvarez had added a hat-trick against San Lorenzo and four in a game against Patronato de Parana.

By that point, he was essentially just making a point, tucking goals in with his left foot, right foot and head with the air of a man thinking, ‘Look, this is all a bit too easy for me.’

After Alvarez’s return from his latest international call-up – he was part of the Argentina squad that won the Copa America in July and has kept his place ever since – Gallardo praised his calm amid the media storm that surrounds him at home.

“He’s very centred,” Gallardo said, “he’s a lad who doesn’t get caught up in this maelstrom of praise and everything that is said about him.”

That is not to say he is not ambitious, though. According to Marca, he is angling for a transfer, his agent reportedly telling River that Alvarez will sign a new contract now if River agrees to sell him should an offer of €20million or more arrive in January.

So, where next? Europe beckons and AC Milan, Juventus, Liverpool and Aston Villa have been credited with interest. Given that Alvarez has shown such an intoxicating blend of skill and ruthlessness this year and can play in any attacking position – as a No.10, a centre-forward or cutting in from wide like Mo Salah and Sadio Mane do for Liverpool – it is of little surprise.

Yet by far the most talked-about suitors in Alvarez’s homeland are Real Madrid.

Alvarez already has a Madrid connection, too. In 2011, as an 11-year-old, Alvarez travelled to the Spanish capital for a trial, playing in a youth tournament and scoring twice in five games as Los Blancos’ kids lifted the trophy.

Given Real Madrid are currently building a forward-thinking young team with a distinctly South American flavour under Carlo Ancelotti, it would seem a natural fit.

According to his international manager Lionel Scaloni, though, Alvarez will make himself at home anywhere.

“With the level that he’s at, it makes no difference where he plays,” Scaloni said before Argentina player Uruguay in early November. “Today he’s at River but wherever he is, he’ll be fine… As well as being a great lad, he’s playing really well.”

Once River have sewn up that title, we probably won’t have to wait much longer to find out if Scaloni is right.