Just as we thought 20-21 couldn’t get weirder, Fred made KDB look a d*ck 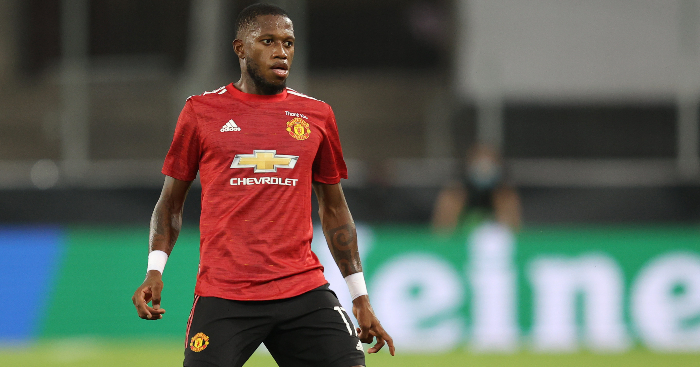 The 2020-21 season has been downright weird. Then Manchester United midfielder Fred became briefly possessed by the spirit of Diego Maradona and we’re left to question whether there’s a glitch in the matrix.

We can just about believe all of that, but Fred humiliating Kevin De Bruyne with a perfectly-executed piece of skill – really?

Listen, we like Fred. After a bit of a tough settling in period, he’s turning out to be a useful cog at the base of midfield for Ole Gunnar Solskjaer. You know what you’re going to get: press resistance, recycling possession in a tidy manner, positional awareness.

All important, necessary stuff. But nothing about him screams fun. If you’re looking to kill a few minutes on your lunchbreak, you’re not going to seek out an EDM-soundtracked ‘Fred | Amazing Skills & Goals 2020-21 HD’ compilation video.

And that’s why this moment against Manchester City has us wondering what the hell is going on this season.

It begins inauspiciously enough for the Brazilian, turning into trouble and looking likely to give the ball away after taking a heavy touch. De Bruyne looks on hand to sweep up.

But then Fred shows some wonderful speed of thought to pounce, getting to the ball first and executing a Maradona turn perfectly to take City’s talisman hurtling past and out of the equation.

That’s arguably the league’s best player there, made to look like a jobbing journeyman from a League One side in the third round of the FA Cup.

There’s more, though. Fred’s not given a second before Joao Cancelo comes rushing in, looking to capitalise, but a deft touch from the outside of Fred’s boot and a quick shimmy sends him flying past too.

Then it’s back to business. He’s done his job. A short sideways pass and back into position. Don’t push it.

We needed such a moment of invention and flair from the unlikeliest of candidates amid the drabbest of Manchester derbies; a game played so conservatively and with so few highlights it was deservedly behind Newcastle v West Brom on Match Of The Day.

A game so dull and lifeless makes you think nobody would like football if it was always played like that. Fred’s moment of magic was a welcome and timely reminder of why we do.