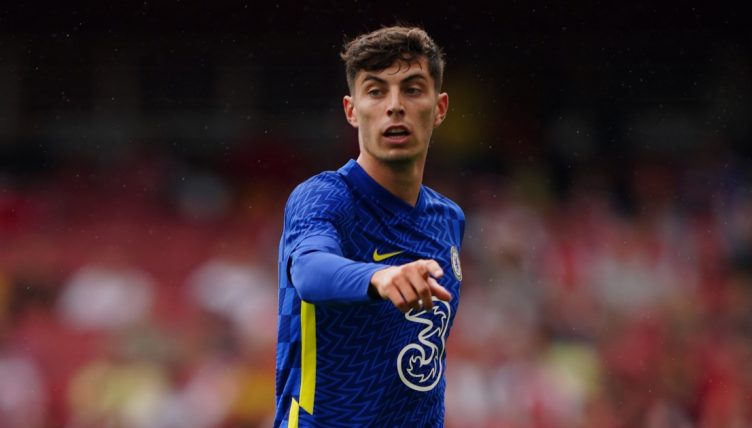 It can often feel as we live in an increasingly judgemental time.

And this isn’t exclusively found on Twitter either. Whether it be judging someone’s personality after one meeting or a housemate’s cooking skills after one botched dinner, it feels increasingly difficult to escape negative first impressions.

That sensation is multiplied for top-level footballers. When young men with extremely well-coordinated feet are purchased for seven-figure fees, fans rarely practise patience with their shiny new toy.

At this point, let us introduce Chelsea‘s Kai Havertz into the discussion. For much of last season, Havertz failed to live up to the hype that saw him described as one of Europe’s most exciting footballers at Bayer Leverkusen.

He seemed inhibited by the £71million price tag, was misused by a baffled Frank Lampard and experienced all the difficulties that a young man living in a foreign country with no support network and floored by illness would expect.

But there were signs last season that the Germany international was regaining his mojo – none more so than his opportunistic winner in the Champions League final.

After his goal secured that 1-0 win over Manchester City, Havertz was questioned about his transfer fee. His reply to the poor interviewer was iconic.

“I don’t give a fuck,” he said. “We’ve just won the fucking Champions League.”

And now he looks to be carrying that form into the forthcoming season – if this counter-attacking gem during the 2-1 win against Arsenal is any indication.

Critics will point out that Arsenal’s defence parted like the Red Sea because of one simple through ball. And they’d be right.

But Timo Werner’s perfectly judged pass – so sweaty that any respectable FIFA player would feel compelled to take a shower immediately afterwards – found Havertz and his team-mate ignored the attentions of two Arsenal defenders to rifle his shot past Bernd Leno.

It feels like a big season for Havertz. Chelsea may be European champions, but their league form left plenty to be desired last season – it shouldn’t be forgotten that only Tottenham’s final day win over Leicester ensured they finished in the top four.

Inconsistencies and the inability to break down entrenched defences neutered their title challenge before it’d even began.

But a revitalised Havertz could make such problems feel inconsequential over the next ten months. His trickery can help unpick the most stubborn of locks while the swift counter-attacking we saw at the Emirates was another sign of a player who’s firmly found his feet.

Chelsea are widely considered second favourites behind Manchester City for the title and it’s not hard to see why on this evidence.

God help the rest of the league if Havertz keeps this up.