Benzema’s third goal a fluke? You’ve never watched him before, have you? 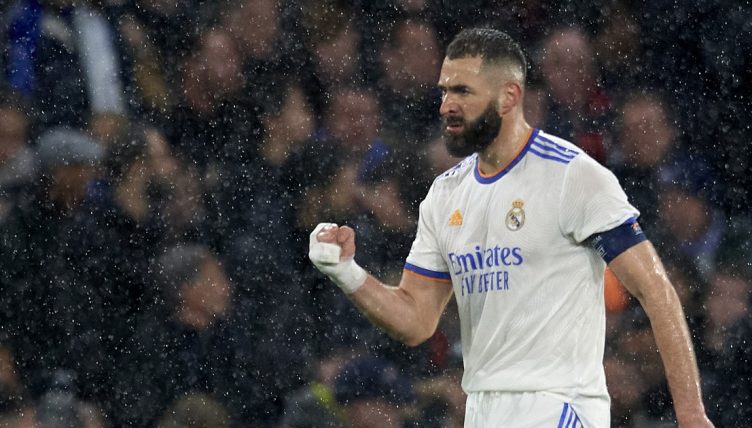 Don’t worry, Edouard Mendy. You weren’t the first. You won’t be the last. This is just what Karim Benzema – the best footballer in the world right now – does.

There was almost an air of disappointment that the Real Madrid striker capped off his hat-trick against Chelsea in a comparatively scruffy fashion.

It was anticlimactic. Here we were witnessing the Ballon d’Or frontrunner living up to his billing as the best currently around producing what looked to be an individual European display for the ages.

Everybody knows how good Benzema is. He literally scored a hat-trick in his last Champions League appearance. No player in Europe has more goals and assists this season.

Think Ronaldo Nazario at Old Trafford. Or Lionel Messi on countless occasions. The best around stepping up and showing you how and why. You are witnessing greatness and there’s nothing you can do but sit back and watch.

Yet still, there was that slight nagging feeling that the goal to make it 3-1, just after half-time, was too cheap for a footballer that’s currently ascending to another realm. Too easy. Crucial goals in Champions League knock-out ties shouldn’t be quite so… elementary, should they?

It’s difficult to argue that King Karim’s third goal at Stamford Bridge quite matched the artistry of his first two – both perfectly-guided headers, the second of which was especially magnificent.

But it no less encapsulated exactly what makes the France international so dangerous. His headers demonstrated his lethal finishing. His third showed his killer instincts.

The worst possible start to the second half for Chelsea… 😔

A terrible defensive mix up between Édouard Mendy and Antonio Rüdiger allows a tap in for Real Madrid's star man ⚽️#UCL pic.twitter.com/GJDtp3IM6u

Yes, there’s a degree of fortune. Mendy practically gift-wrapped the ball. But you won’t win the raffle if you don’t buy a ticket and there’s a reason Benzema keeps scoring those kind of goals. Goalkeepers aren’t being charitable. They fear him. And so they should.

It’s a wild punt upfield from Madrid. There’s no direction to it. No aim. It eventually falls from the sky and bounces harmlessly into the control of Mendy. Or so he thinks.

The only intent behind the hoof was to win the ball and get it clear from danger. Yet Benzema’s straight on his toes, running half the length of the pitch as if he’s been played in with a perfectly-weighted through ball.

Ninety-nine times out of a hundred, the Chelsea ‘keeper gets the pass right and nothing of note happens next. But there’s always that one per cent chance. Benzema is sure he’s going to be there if the jackpot strikes. 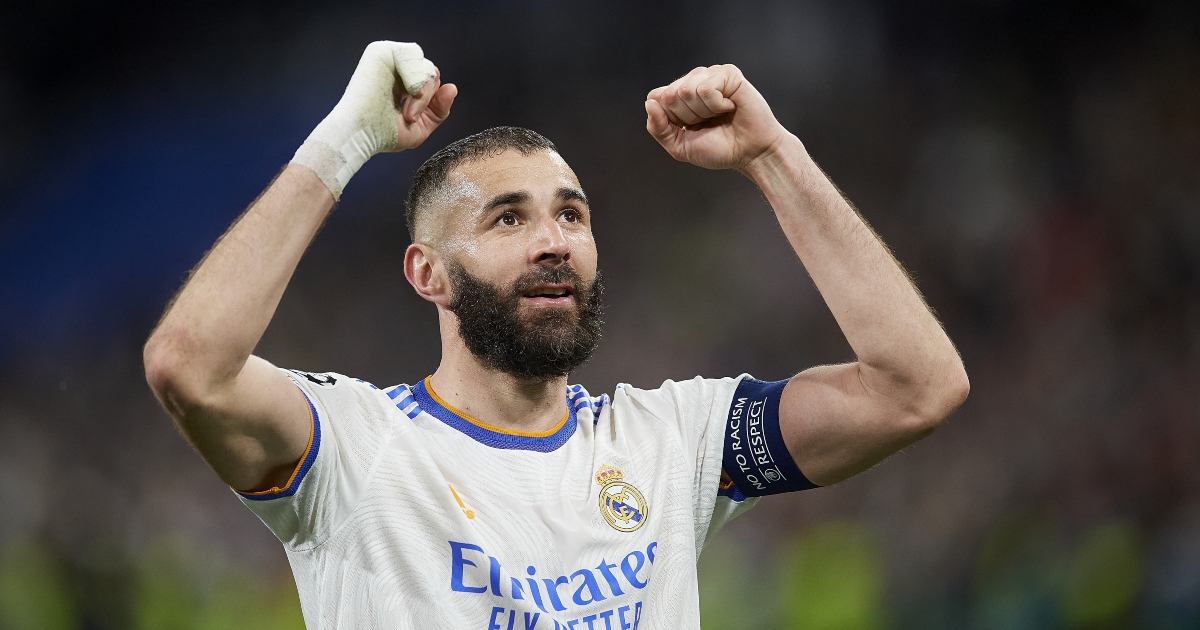 Real Madrid’s No.9 is 34 years old. Messi and Ronaldo are arguably the only better players of his generation. Yet neither of those greats, at this stage of their careers, would have chased that ball.

Manchester United and PSG are out of the Champions League while Benzema’s Madrid have one foot in the semis. Is that a coincidence?

We saw Benzema do exactly the same thing last month. When all hope looked lost against PSG, two goals down on aggregate and showing little fight, he was the one that sparked the comeback by pressing Donnarumma into a mistake.

We saw the same in the 2018 Champions League final against Liverpool. That moment in Kyiv will forever remain burned into the brain of Loris Karius and the retinas of Liverpool fans.

And Madrid were there in that final thanks to yet another howler pounced upon by Benzema in the semi-finals against Bayern Munich.

The Bundesliga giants’ backup goalkeeper Sven Ulreich was enjoying a fine spell of form deputising for the injured Manuel Neuer, but one moment of hesitation proved decisive in their European exit.

What an absolute howler by Bayern's goalkeeper, Sven Ulreich to allow Benzema to score this goal. Madness!😂pic.twitter.com/H0E9bVQALL

“When the back-pass came, it briefly looked as if Benzema would get it with his foot, so I prepared for a one-on-one situation,” explained the Bayern ‘keeper afterwards.

“We’re talking about milliseconds. I had two thoughts – but then I made the wrong decision.”

Milliseconds is all it takes. If you show weakness, if you hesitate, Benzema will be there to make you pay.

Talk about luck all you like. There’s a reason this keeps happening. And there’s a reason Benzema is currently the Champions League’s fourth all-time top scorer and gunning to win the trophy for a fifth time. That reason isn’t luck.