Karim Benzema is the world’s best player: Just look at this turn & finish 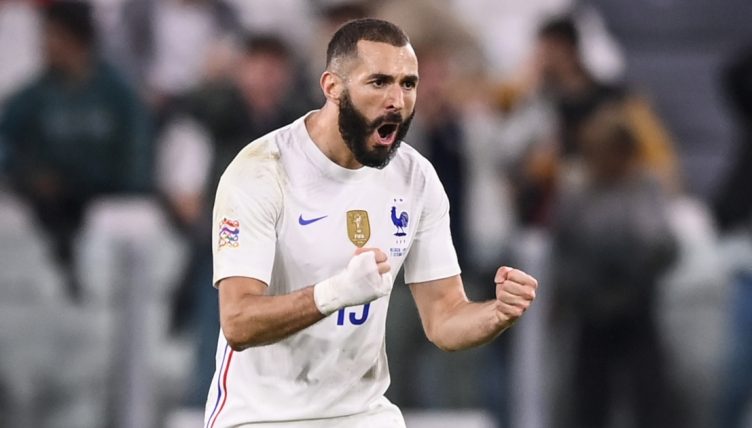 Karim Benzema is the best player in the world right now. Discuss.

Apologies for framing this statement in the manner of an exam question on a GCSE English paper but Benzema is currently going through the purplest of patches.

Real Madrid are financially restricted, their highest-paid players are either injured or unwanted and they nabbed Everton’s manager this summer. In other words, this is not a vintage Los Blancos side.

Benzema has registered 17 goal involvements for them this season – 10 goals and seven assists. He leads the way in Europe’s major leagues for both goals and assists. Not bad for a player whose consistent excellence was overshadowed by Cristiano Ronaldo for years.

And, after a surprise recall to the France squad before Euro 2020, Benzema is replicating his hot streak on the international stage.

The 33-year-old scored four times at the Euros despite Didier Deschamps’ side epitomising the word ‘underwhelming’ and led the line as France travelled to Turin for their Nations League semi-final.

Opponents Belgium didn’t lack motivation. They lost to France in the 2018 World Cup semi-final and time was running out for their golden generation to win international silverware.

Consequently, they tore into their opponents and led 2-0 at the break. France looked as undercooked as a Michelin star steak and the collective identity that saw them triumph in Russia three years ago was fraying at the edges.

Benzema’s presence alongside Antoine Griezmann and Kylian Mbappe was meant to make France an irresistible attacking force but, save for 15 minutes against Switzerland in June, that has proven more fantasy than reality.

Until it suddenly wasn’t. Mbappe burst into life, befuddling Yori Tielemans before pinging a pass inside to Benzema.

Being surrounded by three defenders would represent a problem for most strikers. Not for Karim.

After touching the ball past one opponent, Benzema swivelled and rifled a low shot past Thibaut Courtois before the others could converge upon him. Genius.

Belgium were stunned. After Benzema’s strike, they crumbled like a McVitie’s biscuit and eventually lost the game 3-2.

Or, equally, the world champions threw off the shackles of restraint and unleashed their attacking players on a creaking defence. Both observations are true and reflect a stunning match of top-level football.

Benzema has scoring goals like these for years but, as previously mentioned, has struggled for appropriate recognition. It’s not often a player with over 400 career goals can be called underrated but the term is fitting for the Lyon-born striker.

His performances have been carrying Real Madrid this season and France will be frightening if Deschamps can harness this second-half performance on a consistent basis.

More than that, his goal against Belgium was one that demonstrated Benzema is the best player in world football right now.