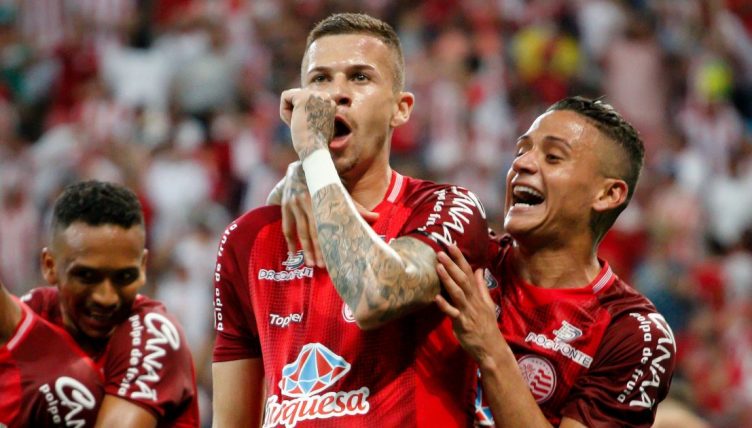 There aren’t many footballers who have a skill that is inextricably linked to them in the public imagination, and most of those who do are true greats of the game.

The Cruyff turn, the Zidane swivel, Ronaldinho and his legendary flip-flap.

None of those players had a late-career run of clubs that reads: Fujieda MYFC, Miami Dade, Sliema Wanderers, Vila Nova, Spartak Trnava.

So Kerlon – the owner of that odd career path – is a case apart. A teen sensation who promised much. A senior professional who delivered little. Very, very little compared to the three players cited prior.

Yet, despite his relatively modest achievements in the game, Kerlon will forever be linked with a skill move, his skill move, the foquinha, the seal dribble. So while his career might have faded, his spirit lives on.

And on Wednesday night Kerlon’s spirit reared its head like the Ghost of Christmas Past, taking us back to happier times. To Brazil’s second tier, Kerlon’s spirit travelled. To Nautico player Jobson, it turned. And it said: “Rise! And dribble with me!”

Jobson is a little above average in stature, but unremarkable in most senses. Twenty-six years old, of no outstanding facial feature other than a wispy, bum-fluff moustache. On the pitch, a box-to-box midfielder of inelegant gait and quite modest technical ability but the work ethic of a miners’ donkey.

An unlikely suspect, one might suppose, to perform a dribble as bold and brash and as piss-takingly delightful as the seal dribble. But who are we to question the spirit of Kerlon? It will possess whomsoever it deems fit.

In Nautico’s game against CRB in Brazil’s Serie B, in the second half as Nautico looked to hang on to their 2-1 lead, the ball was hoofed up into the air by a CRB defender and bounced, sitting up perfectly for Jobson.

Suddenly he felt the spirit of Kerlon deep within his bones. He was no longer in control.

One, two, three. The little nods that maintained the ball airborne just kept coming. The crowd at Nautico’s Estadio dos Aflitos – the Stadium of the Afflicted – whooped with ghoulish delight.

Jobson ran and ran and, err, went towards the corner flag before the ball finally dropped down and a CRB defender nicked it off his toe.

Jobson had brought us a little of the joy that Kerlon once promised. A delicious whiff of nostalgia of those early-YouTube-era football videos that enchanted us with weird moments of football magic from far-flung lands.

Jobson had brought back the seal dribble like a very short-lived tribute act to a mid-00s indie band that was never really that good in the first place.

Was it useless? Absolutely.

Do we wish he would do it every week for our sentimental viewing pleasure? Yes please.

Celebrating Kerlon, the seal dribble sensation who faded too soon