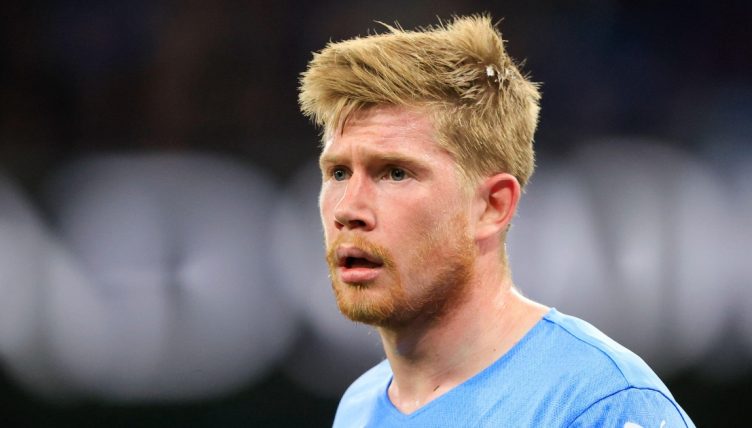 No Manchester City fan will be caught counting their chickens ever again after last Wednesday’s collapse against Real Madrid.

But this weekend could not have gone much better for them. Sunday’s 5-0 win over Newcastle took them three points clear in the Premier League, capitalising on Liverpool’s failure to beat Tottenham the previous evening.

Many City fans will claim the league title is the trophy they desire above all others. Quite frankly, it’s a privilege to be in a position to express silverware preferences. And no amount of insistence will hide the pain of Madrid.

Even so, it now appears likely that Pep Guardiola’s side will retain their Premier League crown. It’ll be their fourth title in five seasons, something Guardiola was keen to point out in a Keegan-esque post-match interview.

While City possess a galaxy of talented attackers, it’s Kevin de Bruyne that makes them tick. Their metronome. The magician who can conjure defence-splitting passes with the ease of Lord Voldermort picking off a muggle.

“There is never anything off the pitch. Even his interviews he comes across as very humble. He doesn’t miss games. His quality is there week in and week out. I think he will go down as Manchester City’s greatest ever player.”

And he repeated the claim on Sunday, telling Sky Sports viewers: “In my eyes, he is just above Yaya [Toure] and Kompany. De Bruyne is currently the best midfielder in the world and, for about 3 to 4 years, the best player in the Premier League.”

KDB is the best player to ever play for Man City!

A big claim, considering the form of Mohamed Salah at Carragher’s old club. But, in a rush to get over City’s Champions League heartbreak, De Bruyne produced a magnificent performance against a Newcastle side that was more stubborn than the final scoreline suggested.

It took until the half-hour mark for De Bruyne to get into the groove. Despite their side’s one-goal advantage, the Etihad crowd were murmuring with discontent as Newcastle nipped at the heel of the reigning champions.

Enter De Bruyne. With an imperious flick of his boot, the 30-year-old guided the ball into the path of Gabriel Jesus with the precision of your Swiss-made watch informing you that it’s lunchtime.

Forget that Jesus couldn’t make anything of it. De Bruyne’s moment of casual genius awakened the dozy Etihad and provided them with the reassurance that City’s title push remained on track.

But the Belgium international wasn’t done yet. As the half wore on, and Newcastle gradually assumed the position of surrender, De Bruyne took the opportunity to toy with his opponents.

Collecting possession midway inside his own half, the City midfielder jinked past one Newcastle defender and began to motor forwards with a fearsome intensity.

Bruno Guimaraes committed himself to the challenge. Unfortunately, the commitment was reminiscent of a Love Island contestant who shuns feelings for followers. De Bruyne slipped past him with ease.

After the kind of slaloming run that wouldn’t look out of place at the Winter Olympics, the flame-haired De Bruyne retained his balance for long enough to slip a gorgeously-weighted pass for Jesus on the left wing.

It was magnificent to watch, accompanied by the realisation that Carragher was right; if we exclude Ousmane Dabo and Paul Bosvelt, De Bruyne is arguably City’s greatest.

He has enjoyed another fine season, scoring 15 goals and assisting 10 more in all competitions. But it’s moments like these that elevate De Bruyne above his team-mates.

Most of the City XI are cut from a similar cloth; technically excellent, able to pick off the majority of teams, but lacking in the ability to adapt when circumstances conspire against them.

This is not a charge that can be levelled against De Bruyne. It doesn’t feel like a coincidence that City’s last two European exits have come with De Bruyne off the pitch, his absence emboldening their opponents.

And, with his title-winning dribble against Newcastle, it was City’s inspiration who lifted the sullen mood at the Etihad and reminded everybody that things needn’t feel so bad.

Games against Wolves, West Ham and Aston Villa stand between City and Premier League glory. All three can be stubborn opponents, but none of them possesses a player of De Bruyne’s class.

Neither does the rest of the Premier League. Nor have Manchester City in their entire history. Even a dyed-in-the-wool Kopite like Carragher can recognise that.