Pinpointing when Kevin De Bruyne decided to become a magician 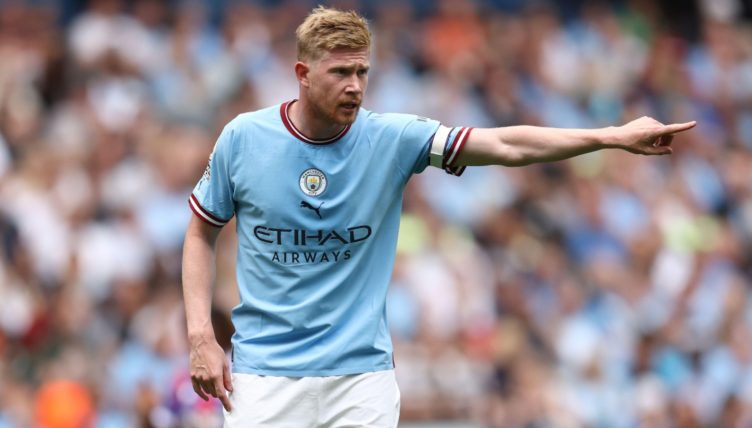 On December 3, 2016, Kevin De Bruyne missed a chance for Manchester City that Harry Redknapp’s wife would have scored. It stirred something quite incredible.

City hosted Chelsea that day and, a point behind their opponents at kick-off, looked set to go top of the league thanks to a Gary Cahill own goal which can be best described as hilarious.

Pep Guardiola’s team were cruising and looked sure to double their lead when Jesus Navas broke free on the right and – for what might be the first and only time in his career – delivered a pinpoint cross to the feet of a team-mate.

That team-mate was De Bruyne and, as I’m sure you remember, the Belgian put his foot through the ball to make it 2-0.

Except he didn’t make it 2-0. He smacked the ball against the crossbar.

Four minutes later, Chelsea were level. Thirty minutes or so after that, they were 3-1 up and Sergio Aguero was planting his studs on the inside of David Luiz’s knee.

A bad miss will affect different players in different ways. It can send some into a deep slump from which they never really recover, like Fernando Torres after his infamous shank in front of an empty net against Manchester United.

Kevin De Bruyne has done the opposite. His response to missing a chance that seemed easier to score has been to lay on chances with passes which seem far easier to mess up than to pull off.

If we’re being harsh on the midfielder, the chance against Chelsea was the sort you should be scoring nine times out of 10.

There’s some mitigation, not least it being on his weaker foot and at pace, but it’s the kind of chance most would agree normally ends up in the back of the net when presented to a Premier League player.

However, some of the magic De Bruyne has produced since is the kind that comes off once in every 25 tries for a top player, one in a thousand for most top-flight regulars, and never for 99% of professional footballers.

Separating the wheat from the wheat

Take this impossible pass against Stoke City in 2017, for example, which ended up with Raheem Sterling slotting past Jack Butland. You know, the one you’d have dismissed as a fluke if any Premier League player other than Kevin De Bruyne pulled it off.

The argument about whether or not he meant it is largely irrelevant here. What matters is that anyone could even think him capable of doing it deliberately.

It’s the sort of thing that’s only possible of a player with extreme confidence in his own abilities, something which is hardly in dispute when you watch as little as five minutes of De Bruyne on the ball.

To do this only a few months after a failed tap-in, the like of which might make lesser players question everything they thought about themselves, doesn’t merely separate the wheat from the chaff.

It separates the wheat from the wheat, and if you don’t think that makes sense then you’ll never have what Kevin de Bruyne has.

After that pass against Stoke, he could have stopped. He could have let someone else have a go.

But no, instead he did this.

11. Assist vs Burnley
One of the top assists of De Bruyne’s career so far, an inch-perfect pass to put Sane in on goal. pic.twitter.com/3cNJETJbUP

Some of you will say, ‘Oh, it’s just Burnley,’ to which I’ll respond, ‘Never speak to me again.’

This pass, for Sane to make the score 3-0 City, is more pinpoint than that bit of the compass your classmate used to stab you with in Year 9 maths.

Two touches are all De Bruyne needs to collect the (actually quite awkward) ball on his thigh, set himself, look up and take the Burnley defender out of the game so comprehensively that he’s had to change his name and leave the country.

Think you know who was chasing back as Sane bore down on goal? Wrong. He doesn’t exist anymore. There’s an empty space in the Clarets’ squad and the entire North West of England is now haunted by a mysterious ghost footballer.

Still, at least if De Bruyne’s playing passes like that then he’s not out there scoring goals of breathtaking quality.

Hang on, I’m just getting a message in my ear, one second…he did what? Against who?