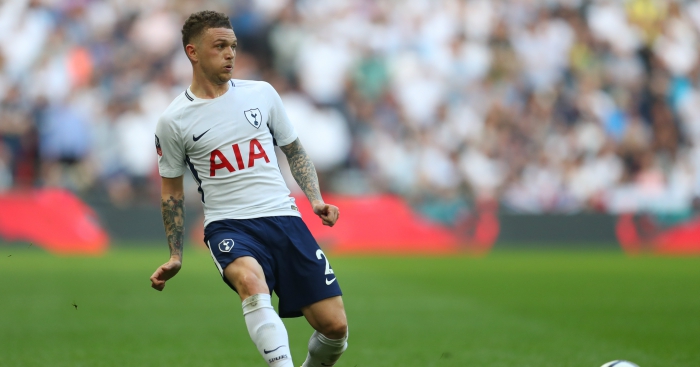 If you’re a Tottenham Hotspur fan, this won’t have been the best of weekends.

Having watched the eyes of the world focus on neighbours Arsenal following the announcement that Arsène Wenger will be stepping down at the end of the season, they then proceeded to throw away an early lead to lose to Manchester United in the FA Cup.

And then, to cap it all off, some comments from their own manager in the light of that defeat have brought speculation about where Mauricio Pochettino’s future may lie.

One would imagine Spurs fans won’t be too keen to revisit any part of the match, not even Christian Eriksen’s perfect pass for Dele Alli to slot home the opener, but there’s one other moment we can at least enjoy from a point of view of football as an outlet for pure, unbridled fun, even if Spurs fans might not ever watch it back. 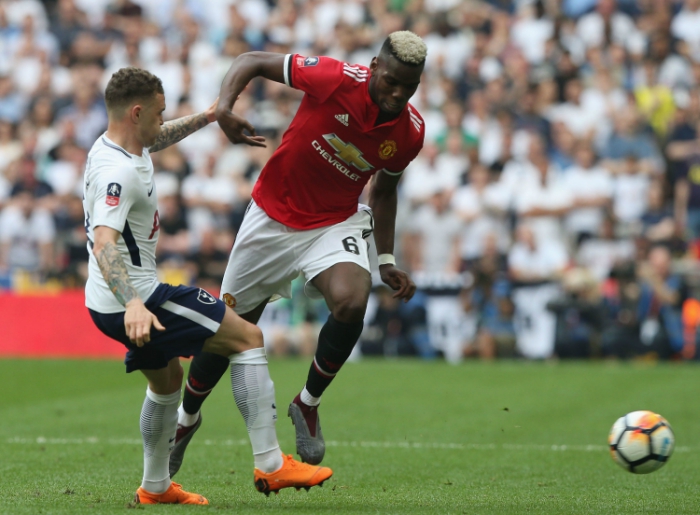 We talk about ‘levellers’ in football, those moments which take all preconceived ideas of comparative talent and throw them out of the window.

Often it will be a bumpy pitch, or a strong wind favouring one of the two sides on the pitch, but the common thread is that it can’t be influenced by those on the pitch. However, that is not always the case.

A nutmeg is one of the few elements of a football match that doesn’t discriminate. Anyone can be the victim, at any given time, and the split second after suffering its effects can feel like a lifetime.

It’s something which will often humble goalkeepers, with even the best at risk whenever they spread themselves to put off forwards, but there’s something a little more satisfying when an attacking player, not least one who you know is very capable of doing the same to you, is the victim.

If you’d missed the game and heard about Kieran Trippier nutmegging Paul Pogba, you could be forgiven for thinking the person telling you about it had got the two players the wrong way round.

Pogba fails trying to do skills then gets nutmegged by Trippier 😂😭 #MUNTOT #FACup pic.twitter.com/QkjJDr24Md

It was unbelievably calm from the Spurs man, who looked in supreme control under pressure from his French opponent.

At the moment it happens, Pogba almost looks baffled by the turn of events, as if it was something he has never prepared for. It’s partly that he’s used to doing the nutmegging himself – just look at the piece of skill he attempts seconds earlier – but there’s also an element of ‘how dare he?’.

But for all the stand-out nature of that moment, and for all the excitement it brought the fans watching at Wembley, this would prove to be the beginning of the end.

Alexis Sánchez equalised 10 minutes later, and from that point onwards Spurs were unable to bring back the intensity and comfortability of the early part of the game. 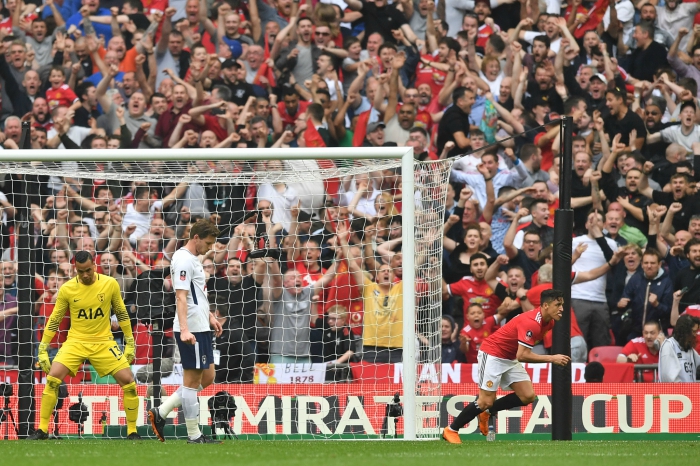 In the Happy Days episode ‘Hollywood: Part 3’, Fonzie jumps over a shark while on water-skis, in a moment which, while unquestionably eye-catching, also pinpointed the beginning of the end when talking about the show as a dominant feature on the cultural landscape.

The concept of ‘jumping the shark’ became shorthand in discussions of other shows, ostensibly symbolising the moment the writers ran out of ideas which were both impressive visually and consistent with the show both conceptually and narratively, and sacrificed one to get that extra little hit from the other.

Throughout the latter part of this season, the narrative around Tottenham has concerned their ability to add a trophy-winning performance to their expansive football and exciting squad. And, after that Eriksen assist shook things up and gave their fans reason to believe they might add a huge result to a clutch performance – especially after the slow start to last season’s semi-final against Chelsea – what was left?

For all of the flair and energy in Spurs’ squad, there has been an element of functionality among the defenders and defensive midfielders.

Trippier’s role in the team involves lung-busting runs down the right and pinpoint crosses onto the head of Harry Kane; it doesn’t involve olé-ing in the first 20 minutes of a semi-final: put simply, this isn’t canon.

Pogba may have blown hot and cold this season, but being the victim of Trippier’s calm destruction seemed to – eventually – spark the Frenchman into action.

That’s not to say the transformation happened immediately, of course. To introduce another aquatic animal metaphor, when you poke an alligator you need to do so with enough force that it allows you to escape to dry land, but Spurs’ failure to add to their lead in those 10 minutes left them at the mercy of an opponent with the means and ability to exact revenge.

It was Pogba, of course, who delivered the assist for Alexis’ equaliser, and his ball in was no less impressive than Eriksen’s delivery for the opener. It was almost a jolt of a pass, as if Trippier had put Pogba into a slumber and the idea of him waking up somehow channelled itself through his right boot.

Having been stopped in his tracks earlier on, Pogba was not awake and alert, able to do exactly what he has always been capable of and, to a point, what has always been expected of him.

Happy Days had 15 minutes of ‘Hollywood: Part 3’ to justify the shark-jump, and to shape perceptions of the moment on their own terms, and United had a similar amount of time to respond to their own high point.

It could have been the moment Spurs fans would always fall back on as the pinnacle of a famous semi-final victory, but instead it was Pogba’s, and United’s day.