Look out, Mbappe can destroy defenders without needing the ball 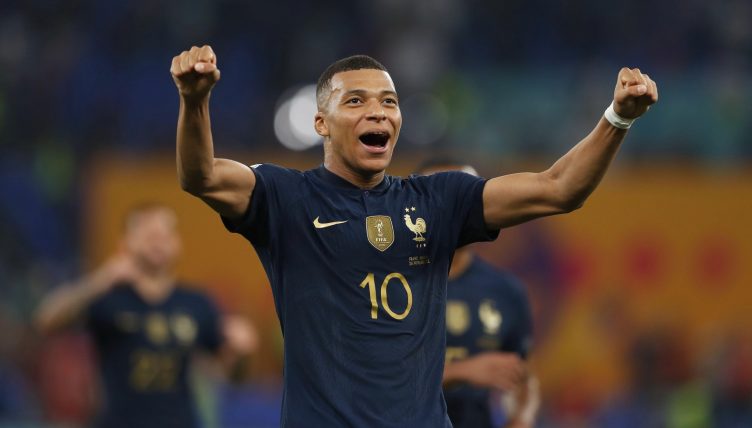 Mbappe exploded into the world’s consciousness during Russia 2018, dragging France to victory with his sheer speed and impudence that left opposing defenders quivering in terror.

And, while Mbappe has spent the intervening four years solidifying his status as one of the world’s best footballers, perhaps he’s also lost some of the innocence that once made him such an uncomplicated pleasure.

He endured a goalless Euro 2020 while the neverending saga at PSG, which has left the 23-year-old as the all-seeing demigod capable of hiring and firing team-mates at will, has taken some of the shine of his footballing talents.

Thank god for the World Cup then. This is Mbappe’s happy place, where the politics and drama take a backseat and the PSG forward can strut his stuff.

And he’s enjoying Qatar 2022 so far; Mbappe scored in the opening win over Australia and his pair of strikes saw France edge out Denmark in a riveting encounter at Stadium 974.

It doesn’t take the greatest leap of imagination to picture the Denmark defenders receiving treatment for twisted blood in the dressing room afterwards, with worried coaches passing round the smelling salts and reading the last rites for their ruined careers.

Take Rasmus Kristensen for example. The Leeds man worked himself into such a state that Mbappe was able to make him tumble to the turf despite the ball being somewhere in neighbouring Saudi Arabia.

Mbappe then received the ball to feet and quickly laid the ball off as France drove forward with Kristensen silently weeping nearby. Magnifique, Kylian.

Didier Deschamps, looking to win his third World Cup as player or coach, praised Mbappe to the heavens after the 2-1 victory that sent France into the next round.

“What can I say about Kylian?,” Deschamps cried. “I’ve said it time and time again. He is decisive and makes a difference. He is an exceptional player in an exceptional team.

“There are two types of leadership – physical and mental – and Kylian is a leader. Kylian doesn’t speak, he’s not very talkative, but he’s like a steam train on the pitch and gets the crowd going.

“He knows from the get-go that the French team needs him and he needs to be at his best.”

While Alan Shearer, commenting on the game for Radio 5 Live, said: “They were asked the question when Denmark got back into the game, what have you got? Didier Deschamps made a couple of changes and they worked perfectly.

“Whatever you want – the touch, the technique, the left foot and the right foot, the spring in the air, the ability to finish it off, the ability to get in and score the great goals as well as the scrappy goals. I don’t see a weakness – he is fantastic.

“If he keeps on performing and he’s in that mood, France have got a chance.

“He looks like a kid in the playground – he just looks like he’s enjoying it. As soon as he gets the ball, you can hear the roar – and he’s feeding off that, there’s no doubt about that. He loves that – and rightly so.”

France have become the first World Cup holders to escape the group stage since Brazil in 2006. It’ll take a brave man to bet against them when Mbappe is in this kind of form.

READ MORE: The top 10 players in the world, according to Football Manager 2023

TRY A QUIZ: Can you name the top scorers for these 25 European nations?