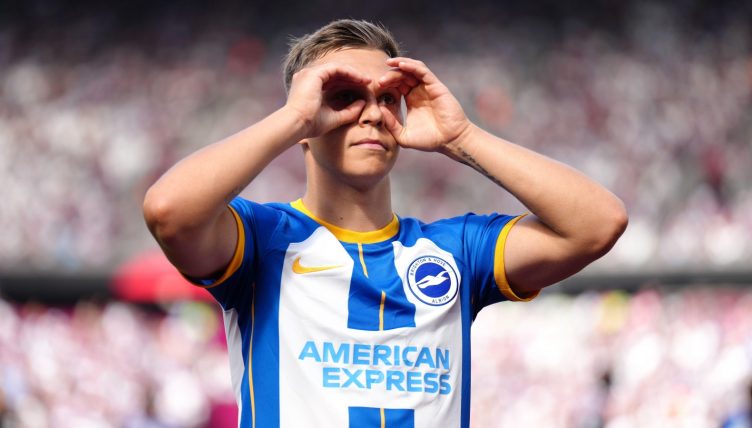 The news that Arsenal are in advanced talks to sign Brighton and Belgium midfielder Leandro Trossard may have been met with shrugs of apathy by the club’s supporters. It shouldn’t be.

While Trossard is not Mykhailo Mudryk, and won’t come with the same price tag and showreel of Champions League highlights, the 28-year-old is exactly what Mikel Arteta’s table-toppers need.

Pacy, fearless and with feet trickier than Dynamo and David Blaine’s lovechild, Trossard has shone in an exciting Brighton side and the list of victims to his wizardry includes some of Europe’s top clubs.

Liverpool were battered and bruised by a Trossard hat-trick at Anfield last October. Marc Cucurella was made to look like a falling statue trying to block a goal-bound effort from his former team-mate during Chelsea’s 4-1 hammering at the AMEX weeks later.

But, considering their looming presence in the current nightmares of Arsenal supporters, perhaps the most encouraging sign was how Trossard tore Manchester City to shreds in May 2021.

City were 2-0 up and pondering a dip in the Sussex sea when Trossard picked up the ball and set upon a mazy run.

John Stones attempted to track his opponent but was left in a puddle on the AMEX turf by Trossard’s mesmerising hips. Eric Garcia gamely tried to help his team-mate out but Trossard rendered him irrelevant with a swish of his boot.

After beating Stones for a second and third time, the midfielder lashed in a finish. Given that Arsenal still have to play City twice, is it any wonder they’re eager to sign Trossard? A repeat is surely guaranteed.

Loooool Trossard did this to Man City bring him to Arsenal rn😭 pic.twitter.com/t1G2G4gRmY

Given what’s required from him, there’s every chance that Trossard slots straight into this Arsenal team and makes an immediate impact, having already scored seven times in the division this season alone.

Indeed, the Belgium international is only one goal short of matching his 2021-22 tally already. Having missed out on Mudryk, Arsenal have turned to a seasoned alternative for a fraction of the price. It could prove to be incredibly canny business.

Simon Jordan, who isn’t shy of telling talkSPORT viewers when he believes clubs are being idiotic, has endorsed the deal.

“If the manager wants us to, and these signings are good signings (then I’d say yes),” the former Crystal Palace owner admitted.

“If you are going to buy someone in August or July, why wouldn’t they be a good signing in January? When you’ve got a huge opportunity to do something significant?

“If I am bringing it forward six months, when I have got the chance to win the Premier League, (I’m doing the deal) all day.”

And, for all the indifference of Arsenal supporters, the club actually tried to sign Trossard back in 2019 after he’d plundered 22 goals in 47 games for Genk.

Graham Potter was instrumental in bringing him to Brighton instead, and perhaps Arsenal will feel relieved that Chelsea and Potter have not gazumped this deal like they did with Mudryk.

But there can be little doubt that Trossard is exactly the type of player they need right now; explosive, experienced and capable of putting the fear of God into Manchester City. Who needs Mudryk?

READ NEXT: 15 players Arsenal have taken on trial – and how they fared