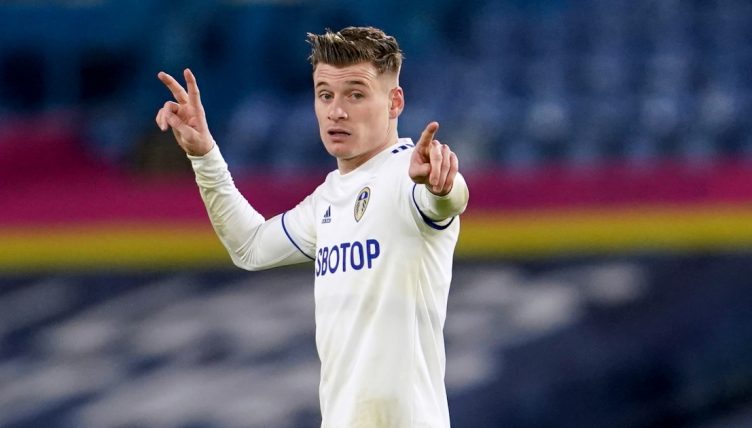 Leeds United fans have a unique relationship with the club’s long-serving left-back Ezgjan Alioski, whose time at Elland Road is encapsulated by his last two performances.

Last weekend, Marcelo Bielsa’s men travelled down to Brighton in good spirits, arriving at The Amex off the back of their best spell of form of the season.

Unbeaten in six matches, a run that featured games against Chelsea, Manchester City, Liverpool and Manchester United – which could well be the Premier League’s top four come the final table – there was good reason for the buoyant mood, even with star winger Raphinha still sidelined and key cog Kalvin Phillips suddenly out.

But soon enough, Alioski happened. He decided that his own penalty area was the appropriate place to give Danny Welbeck’s lower half a cuddle, and the Brighton striker promptly fell to the floor, winning an inarguable penalty.

Pascal Gross slotted away the spot-kick, Alioski was hooked at half-time, and Brighton went on to comfortably win 2-0.

“The left-back has been a problem for Leeds all season, Alioski has been targeted by teams for his defensive incapability,” former Leeds keeper Paul Robinson told Amazon Prime after the final whistle.

“It was a really silly mistake by him. He’s gone down and committed himself and then he’s wrapped his arm around Welbeck’s leg which is unforgivable in that situation.

“Yes, it’s a really soft penalty but you can’t argue that it’s not a penalty. I don’t know what’s going through his mind there.”

Like dark matter, or the Dyatlov Pass incident, the mind of Alioski is a mystery. The great unknowable, set to rattle around the dark recesses of your brain in the dead of night – what compels him to do the things that he does?

The grin of Under-23s starlet Leif Davis, kept out of Bielsa’s XI by Alioski, said it all – he might be a mad dog, but he’s our mad dog, a sentiment shared by much of the club’s faithful.

As if he were your beloved, slightly deranged pet, you’d defend him to the hilt if someone outside your family had a bad word to say, but you can only sigh when he’s ripped apart the furniture and made a mess on your rug. What are we going to do with you, Gjanni?

Needless to say, there was some concern when Bielsa opted for an unchanged XI against Tottenham, a week after Brighton. Raphinha and Phillips were back available, but only for the bench.

Alioski would be at left-back once again, tasked with stopping Gareth Bale, once the Premier League’s most expensive export, and a four-time Champions League winner, who had scored a hat-trick against Sheffield United in his previous appearance.

Kick-off was accompanied by a big collective gulp in living rooms across Leeds, but it need not have been. The outcome was defined by Leeds’ left flank, but not as many feared it might have – it was Bale and Serge Aurier given a torrid time by Alioski and Jack Harrison, rather than the other way around.

Stuart Dallas’ opening goal came via Alioski and Harrison down the left. Bale stood and watched as Alioski progressed the ball down the flank to Harrison, who skipped past Aurier and sent in the lethal cross.

As the game progressed, it was clear that this was by design, with Bielsa targeting Tottenham’s erratic right-back, who had been left unprotected by Bale.

Spurs showed their teeth with a well-worked equaliser, finished by Son Heung-min, but Leeds regained their lead shortly before the break, and once again it was Leeds’ left side wreaking havoc.

Harrison found Alioski on the overlap, and the left-back reached the byline before cutting the ball across to Patrick Bamford, who had a simple tap-in for his 15th goal of the season.

Ryan Mason’s visitors had their moments at Elland Road. The fledgeling coach was left fuming by the most marginal of VAR offside calls, which denied Harry Kane a goal and Spurs the lead, while Leeds keeper Illan Meslier was forced into more than one outstanding save.

But Tottenham’s moments came in stark contrast to the hosts’; supreme individual quality but little in terms of a collective structure.

By contrast, the Leeds team is full of individuals that are shining in the Premier League, mounting a convincing top-half push, in a squad full of individuals that were midtable in the Championship before the arrival of their manager; it was Dallas, Bamford, Harrison, Alioski that decided Leeds’ 3-1 victory, and not Spurs’ glittering array of superstars.

The synergy between Harrison and Alioski for Bamford’s goal was straight out of the Bielsa playbook – intricate, scripted attacking moves – and so too was Rodrigo’s goal, which put the result beyond doubt in the 83rd minute.

The brutally efficient counter saw some quick incisive passing out from the back, started once again by Alioski, breaking Tottenham’s lines to find Raphinha bursting through – onside by the whisker Kane was apparently off by – and able to find fellow substitute Rodrigo for a simple finish by the penalty spot.

Alioski has never quite been able to cut out inexplicable errors, such as the Brighton penalty, from his game completely. It’s for that reason that some have painted him as a liability, with a new left-back top of the summer transfer wishlist for many.

There’s no doubt that Leeds could do with a new face there, a problem position ever since the days of Tony Dorigo and Ian Harte.

But the North Macedonian, who looks set to leave when his contract expires, won’t be easy to replace. Having worked under Bielsa for three years, he’s well-versed in the demanding coach’s methods.

The evidence of that was clear as day with what he offered going forward against Spurs; he might have only registered one assist, but he had a big hand in the build-up to all three of Leeds’ goals.

He can also be defensively sound on his day, too. Leeds will finish their first season back in the top-flight unbeaten at home to supposed ‘Super League’ opposition. Alioski started in all six matches, featuring at left-back up against Nicolas Pepe, Dan James and Christian Pulisic as Leeds kept clean sheets against Arsenal, Manchester United and Chelsea.

Leeds are an ambitious club under the ownership of Andrea Radrizzani – just look who sits in the dugout. They will continue to strive for progress, and that means upgrading in certain areas, but Alioski could continue to be a solid asset to Bielsa’s squad if there can be a late contract renewal breakthrough.

Former back-up left-back Barry Douglas, who only made six starts in Leeds’ promotion-winning season, was the first of the group to leave, and given a hero’s farewell. Vinnie Jones, who left after the club’s last promotion to the top-flight in 1990, will always be remembered as a cult hero at Elland Road.

If this is to be the end for Alioski at Leeds, his contributions – off the pitch and on it – ought to be recognised. He’s been a major player in an unforgettable team, and that won’t be forgotten.

Can you name the Leeds XI that was relegated to League One in 2007?