Forget Lionel Messi’s goals, he’s the GOAT because of passes like *these* 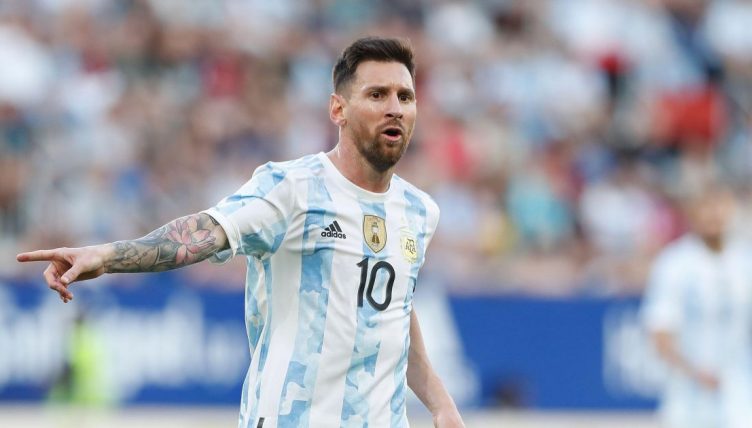 After Argentina won the Finalissima against Italy last Wednesday night at Wembley with a virtuoso display from their maestro Lionel Messi, their players were in an ecstatic mood in the dressing room. And if you’re Argentinian, there are few better ways to celebrate than mocking your neighbours and rivals Brazil.

Fresh from the rush of beating the European champions, the Albiceleste players jumped up and down in the bowels of Wembley Stadium, reminding Brazil of what they’d done to get there.

“Brazilian, what happened?”, they sang joyously. “The five-time world champions got scared. Messi went to Rio and took the Copa [America].”

It was a little bit of provocation – entirely unnecessary but tremendous nonetheless. And, almost inevitably, Neymar rose to the bait. Under an Instagram video of the Argentines in full song, the Brazil captain mockingly wrote: “Did they win the World Cup?”

Messi, cool as ever, did not respond. At least not with words.

Yet as soon as he got back onto a football pitch, the answer came in deed. The opposition may only have been an Estonia team 110th in the FIFA rankings – just behind North Korea – but Messi’s five goals in a game were a statement that has already reverberated around the football world.

Did they win the World Cup? No. But they absolutely intend to. Just look at this.

After Messi’s dominant performance at Wembley, during which he laid the first goal on a plate for Lautaro Martinez and set up the third for Paulo Dybala in the last minute, it would have been easy for him to let up a bit as his team played a far less testing opposition in the northern Spanish city of Pamplona, especially after the end of a tough first season at Paris Saint-Germain.

But there would be none of that. Nothing even remotely close, in fact. After Estonia, Argentina have just four games to get themselves ready for Qatar 2022, which could well be Messi’s last shot at the ultimate prize. Messi clearly wants to use those games to send his team into the tournament absolutely flying. 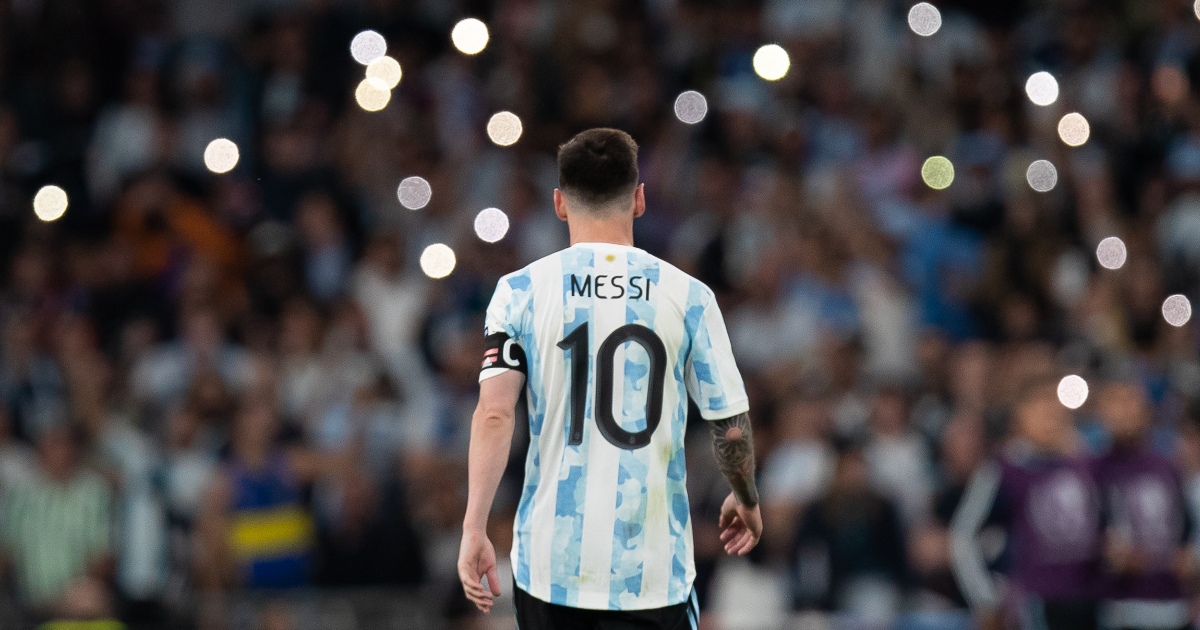 He was at his terrifying, destructive best from the first whistle to the last, sticking all five past the awestruck Estonians in a 5-0 win that might well have been by an even larger margin.

Messi became the first Argentina player to score five in a single game, he moved ahead of Ferenc Puskas for international goals, he moved ahead of Pele for career goals in official games. It was one of those performances, those games when Messi is on a one-man record-smashing rampage.

But, in among the five goals, there were other, less headline-grabbing moments too. Moments to give Argentina fans just as much hope for Qatar as the goals themselves.

Because, for Argentina – like at PSG and latterly at Barcelona – Messi is now not just the main goal threat but the string-puller. To watch him on a football pitch is to bear witness to a master puppeteer, looking down on the action from above, controlling the storyline with a tug here and wiggle there.

As Gary Lineker tweeted after the game, “It’s not [Messi’s] goal scoring that elevates him from the other greats. He’s also as good a passer and dribbler as anyone that’s ever played the game. The Messiah.”

Lineker is right, and the passing element of that is increasingly important the more time wears on. Messi showed that against Italy with his service to Lautaro and he showed it again against Estonia.

In the first half, just a few minutes after opening the scoring from the spot, Messi gave us a first glimpse of the other side of his game.

Stood out on the right, Messi saw Marcos Acuna charging like a Pamplona bull up the left and, graceful as a matador guiding that bull, the PSG man swished his left boot and sent a sublime pass right onto the chest of Acuna.

Look at it here. The trajectory of the ball is like an arrow from Cupid’s bow. A perfect arc, but really zipping through the air rather than lofted and easy to head away. It is a ball a deep-lying pass master like Xabi Alonso would be happy to call their own.

The little No.10 sauntered into that empty space he always seems to find between the central midfielders and centre-backs. He was fed the ball by Papu Gomez and, with the most nonchalant of first-time touches, he sent it perfectly into the path of Joaquin Correa.

Correa’s shot was awful, blasted fulsomely into Row Z. Anyway, he was offside. But it did not lessen the subtle genius of the movement and touch that created it.

Then, just before Messi put the finishing touch to a magnificent Argentinian move to make it 2-0 going into half-time, there was another bit of creative mastery to set Acuna free once more.

Messi drifted centrally again, this time a bit deeper. Acuna ran again, without the tiniest smidgen of doubt that Messi would locate him perfectly again.

Like with the pass for Correa, the outcome was not the desired one. Acuna had made his run a split second too early and was a mite offside. But just have another look at it here. How easy does Messi make the pass look?

Finally, in the second half, as Messi completed his one-man rout of his helpless, hapless Estonian victims, there was a final flourish of incisive passing that directly led to his fifth and last of the night.

A lovely pullback created half a yard of space in that inside right channel and this time it was Nicolas Gonzalez bursting up the left flank. Messi picked him out like an experienced Mediterranean farmhand picking a cherry off a tree.

Gonzalez’s shot was blocked, as were follow up efforts from Julian Alvarez and Paulo Dybala. But the ball eventually fell at the feet of Messi, who threaded a shot through the exhausted mass of Estonian bodies and into the net.

For the last of his five goals, he had appropriately been creator and killer.

And it is the creativity that will be key if Argentina are to excel at the World Cup.

Lionel Scaloni has put together a hard-running, athletic team, full of youthful vigour and speed. But Messi is the player that elevates them that makes them genuine contenders for the crown.

Against the better teams, he will link the counter-attacks that make Argentina such a threat in transition. Against teams that look to sit deep and frustrate, as Estonia tried and failed to do on Sunday, he will be Scaloni’s katana, able to slice open the opposition at will.

The goals are great. But Messi’s genius goes so far beyond them.

Will he get that perfect World Cup swansong? We’ll have to wait and see. But on this evidence, he won’t let up in the quest for it.