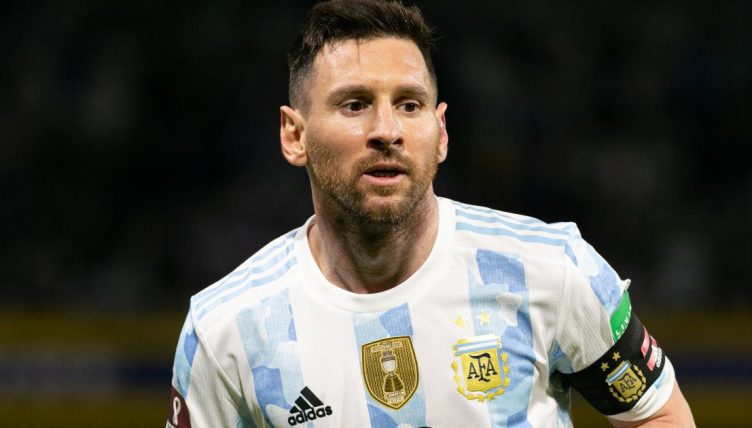 “After the World Cup, I will have to reconsider a lot of things,” said Lionel Messi on Friday night, still stood on the Bombonera pitch, still sporting the sky blue and white striped Argentina shirt that he has worn so well for so long.

The question put to him was about his future. Given the circumstances, the question was natural.

The World Cup – football’s great time marker – is in November. Messi will be 35 when it comes around. And by then he’ll be moving towards the last six months of his initial two-year contract with Paris Saint-Germain, the incomprehensible institution that has sucked his once-stable club career into its surreal, capricious orbit.

The summer of 2023, then, would seem an obvious place for a full stop.

Even writing that is slightly squirm-inducing. Football without Messi? No thanks.

Yet – though thinking about it is disquieting, or perhaps because it is so disquieting – the question of Messi’s future is easy to become fixated upon. He is one of the all-time greats, he has helped define an epoch. He has also been a reassuring presence, soothingly metronomic in his unparalleled brilliance. Without him, football will not only be poorer, it will be less certain, less reliable, less comforting.

But when Messi’s discomforting words were put to his international manager Lionel Scaloni after the game, he batted them away with the grace of Roger Federer sending a backhand down the line.

“After a World Cup, everyone makes evaluations,” Scaloni said. “Anyway, we have to enjoy him now. We don’t need to think about the future, [we have to] enjoy the spectacular present.”

And, you know what, Scaloni is right.

Messi’s words were a statement of the bleeding obvious. Of course he’ll have to reconsider things after the World Cup. Anyone in anything like his position would.

Messi’s mate Angel Di Maria has already said he’ll likely call time on his international career after Qatar. Brazil manager Tite has done the same. Dozens of other participating players or coaches will also use the tournament as the last paragraph in a chapter of their lives.

Though the temptation is to speculate about what might come on the next few pages of their stories, the urge is best resisted. Let’s all get on board Scaloni’s wagon and appreciate the tale as it unfolds.

That is certainly what Scaloni had done out on the Bombonera pitch in the preceding two hours. It was what the fans in the shaking stands had done too. And, if they’re honest, even the Venezuela players had probably taken some smidgen of enjoyment from the spectacle they had witnessed at close quarters, even it had been to their detriment.

At the castle-like home of Boca Juniors – where Maradona once ruled – Messi had put on another magnificent display, casting away the negativity surrounding him in Paris and any thoughts about what may or may not happen after the World Cup.

It was a game that Argentina were fully expected to win – at home to a Venezuela side that had long since lost any hope of reaching Qatar. But the extent of Messi’s influence and brilliance provided the perfect support for Scaloni’s post-match statement.

The former Barcelona man was involved in everything. He had 127 touches, played 80 accurate passes, won 14 of 20 ground duels, made eight successful dribbles. At the end, he put the cherry on the cake with the third goal in the Albiceleste’s 3-0 win, which he helped create as well as scoring.

LIONEL MESSI WHAT A GOAL pic.twitter.com/fbAmpvudtC

As ever, though, the numbers do not quite convey the impeccable quality of his play, the impish invention and touches of pure joy. There were plenty of examples, those little moments that make you involuntarily draw breath.

The most satisfying of them came in the second half.

The ball was worked wide to Nico Gonzalez, who spotted Messi in that little space he always seems to find on the edge of the box. Gonzalez fired his pass in the direction of the Argentine No.10, but the ball was imperfect.

Firstly, it was slightly behind Messi. Secondly, the unevenness of the pitch made it bobble awkwardly on its way through.

Most professional players would just about have been able to control it. Messi took it and moulded it into an artwork.

With his first touch, he somehow managed not just to bring it under control but to completely change its direction, take the sting off it and place just the right amount of backspin on it to send a reverse pass perfectly into the path of Joaquin Correa.

Correa failed to get a shot off, cutting back onto his right foot and giving the defender time to close him down. But the pass was a snapshot of Messi at his nonchalant, minimalist best. With one touch, he’d opened up the entire backline.

He threw his head back in slight exasperation as Correa was tackled. But for most of the game, Messi was playing with a grin on his face. It was a grin that was surely worn by anyone watching on, whether on the pitch, in the stands or at home on the sofa.

That smile is not something we’ve seen a great deal of at club level this season. But its return was welcome, allowing us all to put the narrative aside for a while and just bask in the glory of the football on show.

But one thing is for sure, he’ll provide us with a few more examples of his brilliance between now and then.

As Scaloni said, forget the future and focus on the present. It really is spectacular.

The last five players to score a hat-trick in El Clasico: Messi, Lineker…