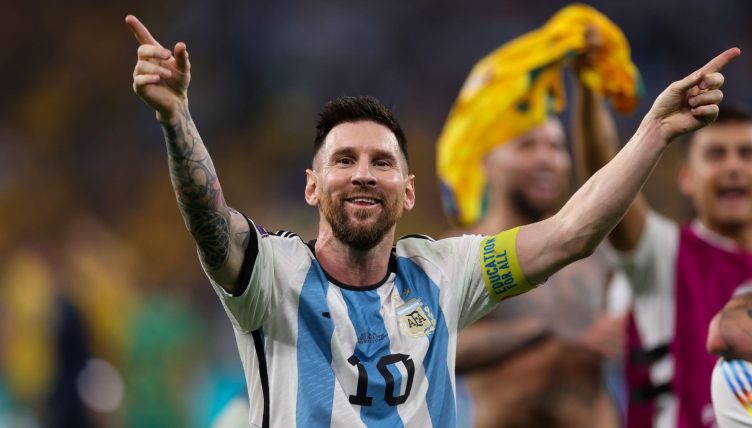 For all the silverware and accolades accumulated by Lionel Messi during his career, one small question mark remained as the World Cup knockout stages got underway.

The greatest player of his generation – sorry, Ronnie – has bewitched and beguiled football fans across the globe since his 2004 debut.

He’s also achieved the previously impossible by making neutrals cheer for Argentina – normally the Chelsea of international football – at Qatar 2022.

Even the BBC, which receives a hard-time from self-important blowhards, cheerfully dispensed with impartially before Argentina’s last 16 match with Australia and issued Gary Lineker and his pundits with tissues to clean up their incessant dribbling over the 35-year-old.

But Messi had yet to score in a World Cup beyond the group stages. And you sensed that this Argentina side, competent but hardly sparkling without their little maestro, badly needed that statistical anomaly to rectify itself sharpish.

In the event, Messi realised his ambition of scoring in the World Cup knockouts with an imperious shimmy and flick of his boot, drawing level with Matthew Upson in the process and sending the Argentinians in Doha doolally.

And, as a gristly and stubborn Australia were forced to chase the game in the second half, the PSG forward was finally gifted the space to leave everybody in an excited puddle in the humid Qatari night.

With Argentina 2-0 ahead, Messi recieved poessesion on the halfway line and, like a commuter trying to get a pint in an Earl’s Court pub, pottered his way around a crowd of Australians and motored towards his goal.

Three opposition players loomed with the vague ambition of pinching the ball but Messi glided past as if their presence was not only futile but utterly irrelevant to his ambitions.

After wriggling through, via a canny one-two with Julian Alvarez, Messi was only denied his second goal of the night by a superb block from man-mountain Harry Souttar.

But that doesn’t dull the light that Messi’s supersonic dribble created; only he could further underline his GOAT status with a casual defrenstation of the Australian defence.

This would have been something else 🤯

“Messi has put on the best individual performance we’ve seen at this World Cup so far, by a mile,” Rio Ferdinand said on the BBC after the game. “Showboating, laying shots on a plate for teammates, and the crowd – it was almost god-like, after every single thing he does.”

Alan Shearer added: “What a second half performance from him, and the first half with his goal. We’ve spoken about his ability many times before, the hunger and desire and ability to run with the ball attracts so many defenders to him which then frees up his teammates.”

And, after Messi turned the Ahmed Ali Stadium into his own personal playground in the second half, Ferdinand was among the fans cheering him on.

“Honestly if we had a camera in here, the way we were jumping up and down,” the former Manchester United defender added. “I’ve lost my voice screaming how is he doing this?

“He’s embarrassing players but with his head up. You know a player goes through a cluster of players their head’s down usually, but he’s taking people on and seeing the pitch, his spacial awareness is phenomenal.”

After the BBC broadcast ended, and Ferdinand was given an endorphin-dropping mug of cocoa and sleeping tablet, the rest of the world began counting down the days until Messi is back in action.

Friday’s quarter-final against the Netherlands looks incredibly tough-to-call but, with Messi in this mood, Argentina will be fancied to march onwards to the last four.

The holy grail remains in sight and, if achieved, there’ll be nobody doubting Messi’s GOAT status.

READ MORE: An XI of quality players that have been humiliated by Lionel Messi