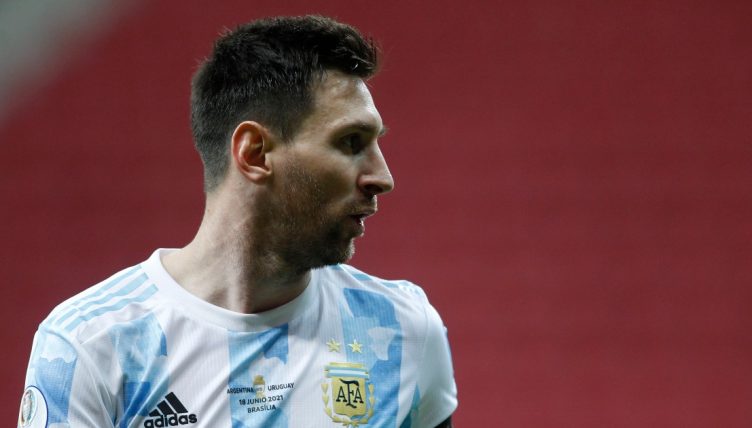 It’s the simple things we often get wrong, like forgetting to ask for cashback or mistakenly waving at someone we thought we knew.

Likewise, the difference between the number of nutmegs attempted during a football match to the amount executed is vast.

Opinions on nutmegs can, like the English Civil War, can be split into Roundheads and Cavaliers; the latter view one as a chance to skilfully humiliate their opponent while the more pragmatic see it as an inefficient use of possession.

Then we watch Lionel Messi pull off the most nonchalant nutmeg you’re ever likely to see and we’re all sat drooling on the sofa.

Like those members of society who pride themselves on being contrarian in a vain attempt to be the smartest person in the room, some critics use Messi’s lack of international silverware as a stick to beat him with.

‘How can be the greatest of all time? He’s failed to win a tournament of inferior quality to the Champions League or La Liga.’

Lionel Scaloni disagrees. The Argentina manager told reporters after the 1-0 win over Paraguay: “The reality is that Messi has been playing every game and it is very difficult not to count on him.

“Even though he is tired, he continues to make the difference.”

Argentina’s reliance on Messi is staggering. Facing a Paraguayan side that normally provides less entertainment than knitting your car a woolly jumper, Messi’s team-mates had few more ideas than instantly looking for Leo whenever they received possession.

Luckily, the 33-year-old is used to such deference at international level. He created the only goal in Brasilia, picking the ball up from deep and charging at the opposition defence to create space.

And the Barcelona man dominated the match, racking up 74 touches and winning 75% of his 16 duels. As stubborn as they were, Paraguay simply couldn’t live with Messi. Fans of football betting will no doubt be taking heed of his performances.

Having clung onto the lead that virtually assured Argentina a place in the knockout stages, Messi decided to don his Grim Reaper outfit and rob some Paraguayan players of their souls.

Lionel messi left them for dead 🤯

Midfielder Angel Cardozo was the first to succumb. Having tracked his illustrious opponent, Cardozo made the ill-judged decision to swipe in the general direction of the ball.

Like Jerry watching Tom walk into a trap, Messi stood still and watched his marker lose his balance and skid across the surface. The spectacular slip means Cardozo is the early favourite for next year’s Fallon d’Flor award.

Santiago Arzamendia was next to lunge in. Charging towards Messi like a runaway locomotive, Arzamendia had eyes fixed on the ball until it’d vanished.

This wasn’t the result of wizardry, but it wasn’t far off. Messi had the wherewithal to lure the defender close and slip the ball casually through his legs.

It was the footballing equivalent of turning up to an important business meeting in flip flops and a Hawaiian shirt.

Messi has played every minute of Argentina’s Copa America campaign so far as they look to win their first trophy since 1993. His appearance against Paraguay was his 147th for his country, equalling the record held by former team-mate Javier Mascherano.

Messi took to Instagram to mark the milestone, posting: “Another important win to keep growing. I’m proud to have been able to wear the sky blue and white shirt as many times as my friend Masche, who I love very much and have always respected and admired.”

As he continues to make the magical so alluringly simple, it’s hard to see Argentina’s reliance on Messi weakening any time soon.