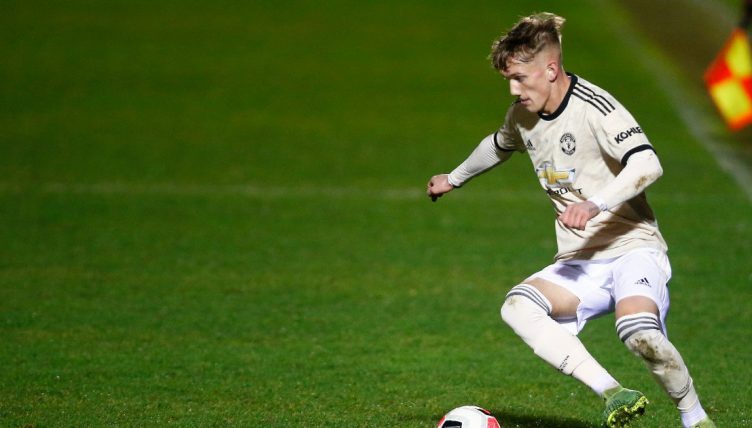 Ethan Galbraith is the latest player hoping to follow in their footsteps and has the necessary talents to become a first-team regular at Old Trafford.

Since joining United’s academy from Linfield in 2017, he has regularly displayed his impressive array of passing in the middle of the park.

Galbraith, who is already a full Northern Ireland international, has a calming influence in midfield and can also cut through defensive lines with ease.

His incredible ability on the ball has even seen him compared with some of the greatest midfield maestros of all time.

“Not to put too much pressure on his shoulders, but he’s our little [Andres] Iniesta or Xavi,” Northern Ireland manager Ian Baraclough said in November 2020.

“Someone who can get on the ball and manipulate the ball and find positive passes. Over the coming years, he will give us a different flavour to the squad.”

While his ‘simple’ passing game can see him overshadowed by the likes of Shola Shoretire or Hannibal Mejbri, he does have another string to his bow.

During a win over Manchester City Under-18s in April 2018, Galbraith lurked on the edge of the area and latched onto the end of a poor clearance before smashing home a first-time effort.

The explosive strike won United’s Goal-of-the-Month award and at first glance fans might think they were watching an old video of Paul Scholes.

Congratulations to #MUFC Under-18s midfielder Ethan Galbraith, whose screamer v Man City has been voted as our Goal of the Month for April… 🔥🔥

Galbraith then stepped up to the Under-23s and made his senior United debut n November 2019, coming on for the final few minutes of their Europa League defeat against Astana.

The midfielder didn’t get much of a chance to show what he can do and is yet to add to that solitary first-team appearance.

While the likes of James Garner and Dylan Levitt have since gone out on loan in search of regular football, Galbraith remained at Old Trafford and has continued to impress for United’s Under-23s.

The 19-year-old is now one of the more senior players in Neil Wood’s talented Under-23s outfit and has led by example throughout 2020-21.

He returned from injury in their 6-2 win against Derby County and enhanced his burgeoning reputation with another stunning drive from outside of the area.

After United team-mate Charlie McCann miskicked the ball, Galbraith had no such problems and could hardly have connected with it more sweetly.

Having previously scored two goals from the penalty spot, it was his first open play goal of the season and what a way to get it.

Just like Scholes, Galbraith always seems to find space around the penalty area before striking the ball with both precision and thunderous power.